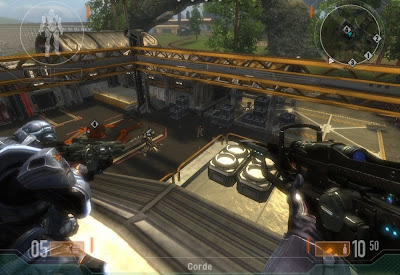 Without further ado, I present my interview with Section 8 Community Liaison Drew Rechner…

Hi Drew, thanks for talking with me. To begin, what should players know about the developers behind Section 8, TimeGate Studios?

TimeGate is an independent development studio based in Sugar Land, Texas (outside of Houston) that started back in 1998 to work on our award-winning real-time strategy game, Kohan:Immortal Sovereigns. While originally focused on RTSs, we gained a reputation for innovating in a well-established and highly competitive genre. Since then, we’ve produced four other award-winning titles.

We are all hardcore gamers at TimeGate. We use a critical eye on every game we play and think about how we could expand on the aspects we enjoy and fix or erase the things we do not. We then apply this knowledge to each game we create.

Starting with a RTS background, how did you segue over into FPS development?

We truly believe in the games we are creating at TimeGate. After releasing several successful RTS titles, we started kicking around ideas for the next game and it pulled us towards the FPS genre. Before work, during lunch, and after work nearly the entire office was playing an FPS. Because of this, our focus turned to creating FPSs using the untraditional library of knowledge we obtained through our work on RTSs.

Our first released FPS titles were the expansions to the F.E.A.R. franchise, and we started full production on Section 8, our own IP, shortly after. 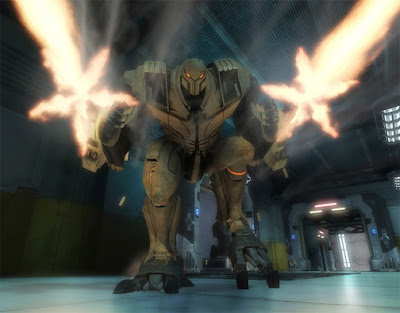 The FPS market is a tough one to crack, especially with certain franchises having a virtual lock on the 360. In your view, how do you see the current FPS environment and what does Section 8 bring to the table that players should sit up and take notice of?

There are a lot of deep-rooted and strong franchises currently on the Xbox 360, but there is still a lot of room for innovation. While many of them execute what they aim to do quite well, we believe the market has become saturated with a lot of stagnant ideas, and we feel that Section 8 mixes the pot quite well. So instead following the FPS "norm" of these games, we set out to do something completely different with Section 8.

Section 8 is quite different than these games in a variety of ways. For example, we have removed much of the predictability of other first-person shooters with burn-in spawning. Because players can burn-in to anywhere on the battlefield when spawning, spawn-camping has essentially been eliminated in Section 8, and players will no longer be forced to stare at their corpse for 30 seconds after being killed by their opponent.

Section 8 also features customizable player loadouts, unlike most other games that railroad the player into choosing between pre-existing classes. Players are able to equip their powered armor suit the way they see fit with passive modules, gear, and weapons.

Additionally, Section 8 allows players to dynamically manipulate the flow of combat with on-demand vehicle and asset requisitions as well as participate in a variety of Dynamic Combat Missions (DCMs) which ensure that no two games of Section 8 play the same twice.

Do you feel as though your goals for Section 8 have been successful thus far? How do you feel about how the game has been received in the reviews community?

We genuinely set out to make a game that we would enjoy playing and one we thought others would enjoy as well. As mentioned earlier, we focused on taking the elements we enjoyed the most about FPSs coupled with a bunch of our own new ideas and fixing what we did not enjoy, such as spawn-camping, vehicle stealing, and predictable gameplay. To this extent, we feel Section 8 has been extremely successful. At the end of the day, we created an addicting and exciting shooter experience that is unlike any other FPS on the market right now, and we are proud of that.

The majority of the reviews have been very positive and seem to appreciate our different and innovative point of view for FPSs. Like with many new ideas, there is some resistance—which is expected. Section 8 really challenges how people approach the FPS genre and forces players to call into question some of the standard conventions they've been putting up with for years. 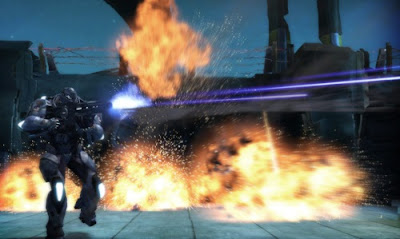 While some features of the game are quite excellent, such as the flight and speed-run abilities, several sources have noted that standard walking speed is quite slow and the tank is very difficult to maneuver effectively. Are there any plans to address these issues, or tweak any other aspects of the game?

We are constantly analyzing the data and feedback the game is receiving these first few months and will be making adjustments as needed. We really appreciate all the feedback we have received thus far and have already started acting on a large number of items we have seen in a variety of places including our forums.

Although the team-based play is solid and exciting, it seems to me as though there's a lot of potential for a more traditional single-player game based around a more mobile and able character like the kind featured in Section 8. Has there been any talk of a sequel focusing more on a campaign?

Section 8 has always been a multiplayer focused game since its original conception many years ago. With that said, we still wanted to create an engaging single-player experience that introduced the player to the universe of Section 8 and told a bit of the story between the 8th Armored Infantry and the Arm of Orion. We agree that there is a lot of potential for further expansion in this avenue and we are constantly evaluating all opportunities for our future titles.

Are there any plans for Section 8 DLC?

We have not publicized a DLC schedule just yet, but we are working on this type of update for the near future. We are still evaluating DLC and have starting putting ideas together, but we are not quite ready to commit to a timeline just yet.

What's next for TimeGate Studios?

We are already hard at work on our next slate of projects. While we are not ready to make any announcements regarding these yet, rest assured that our next projects will continue to expand upon our tradition of pushing genre-defining boundaries.

Many thanks to Drew Rechner of TimeGate for the interview, and also to Rob Fleischer for taking care of the arrangements to make it happen.

For more information on Section 8 and Timegate studios, please visit them at their website, and definitely check out the game—it's available now.