The post-PAX love continues… Thanks to the new PAX-10 event highlighting indie games development, Casey Muratori's intriguing Sushi Bar Samurai was brought to my attention, and it's definitely one to watch for in the coming months. Below is a brief discussion on Casey himself, his game, and of course… games as art. What else? 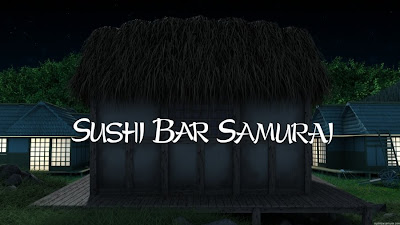 If you don't mind, could you please tell the readers a little bit about yourself, and your background in games? 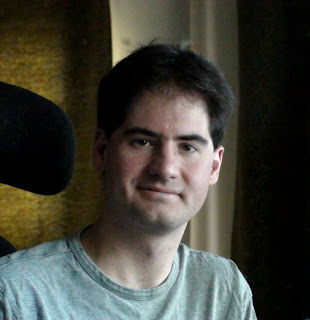 I've been in the game industry for 13 years. I started working straight out of high school as a game programmer. Just prior to starting Molly Rocket and working on Sushi Bar Samurai, I worked on character animation technology at RAD Game Tools for about five years.

For the readers who may not be familiar with Sushi Bar Samurai, can you give us a brief overview of what the game is about?

In Sushi Bar Samurai, you play a samurai who is called to the spirit world to investigate a tragic baking accident. When you arrive, you find that the spirits are not getting the nourishing sushi meals that they need in order to transcend. It is up to you to help feed them, to find out what has happened, and set things right.

How large was the team that worked on the game, and how long did it take to put together?

I developed the game by myself over about three years. It'll probably be closer to four years by the time it is complete. 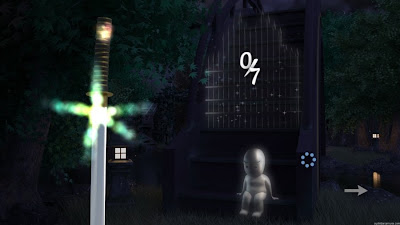 At the recent PAX, I was intrigued by the fresh take on the puzzle-slash-food genre that SBS has. Where did the inspiration for the game come from?

It was very much an evolutionary process. The core idea was that sushi, in real life, is about a small number of ingredients that form a large number of interesting combinations. I felt like that would be a good foundation for a game. But I didn't like the first versions of the game I did with this concept, so I kept trying more and more variations until I found one that I thought was right. Even now I am still refining the idea! It has been a very long process of experimentation. 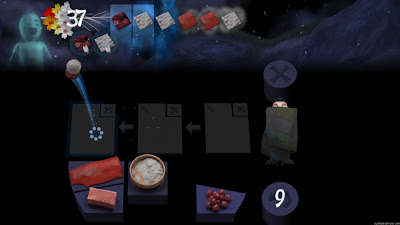 When I spoke with you at PAX, you mentioned that the game still has a few months left in development. What is the expected launch date of the game, and where will the game be available?

I would like to have the game out in the spring. I haven't talked with distributors yet, so I don't know exactly where the game will be sold. But you can always go to Mollyrocket.com! There's an RSS-able news feed on the front page that has announcements about that sort of thing, and you can bet I'll being posting the ship date and distributor information just as soon as everything is finalized 🙂

What are some of your favorite games and/or game creators? Any influences or
inspirations you'd like to give a shout-out to?

This game was very much an experimental process, so there is not much in the way of influences that I can cite. My favorite games are probably Dance Dance Revolution and M.U.L.E. 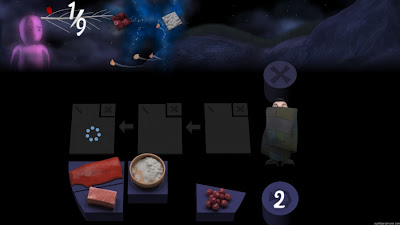 If you had to pick just one thing you absolutely want people to know about Sushi Bar Samurai, what would it be?

I've tried to make Sushi a unique experience that pulls a lot of ideas together into something special. I don't know that there is any single thing that is most important. Hopefully everything is working together such that no one thing stands out above the rest!

Finally, this next question is something of a tradition at GameCritics as well as at Drinking Coffeecola… Games as art? Are they now? Will they ever be?

I've never understood exactly what people are asking when they ask that question. I can't believe anyone would argue that games aren't art, in general, because anything that involves ambiguous communication of some form between two or more people is art. There have been art pieces that consisted entirely of small Tonka trucks placed in various locations around a garden. There have been art pieces that were essentially nothing but human feces. So I fail to see how anyone can look at something like, say, Ico, and not immediately recognize that it is art.

Now, maybe people are arguing that games aren't _good_ art. That's another argument altogether, and is a lot more complex an issue to be sure. But as for the question of whether or not games are art _at all_, I just don't see how anyone can reasonably take up a position that they are not.

Many thanks to Casey Muratori for taking the time to speak with me, and if anyone from XBLA or PSN is reading, get in touch with him ASAP and give him some money… This game needs to be made available on consoles.