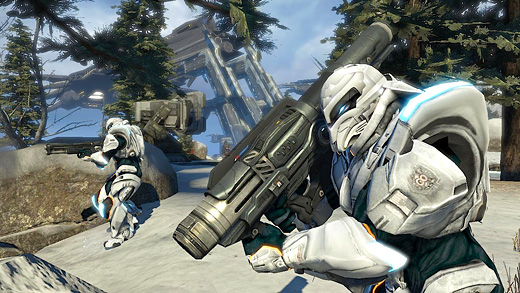 Although I'm not the biggest fan of first-person shooters (FPS), I do enjoy them when they have something new to bring to the table. It's even better when they do it right.

While this quietly innovative title didn't make a huge splash, those who actually give it a try found that it offered several interesting new twists, especially in regard to multiplayer. In fact, I think it's fair to say that Section 8 offered the best multiplayer experience I had that year.

After having such a surprisingly great time with the original title, I was quite excited to hear that a sequel is on the way. Wanting to know more, I got the chance to ask TimeGate Studios' design director Brett Norton a few questions about the next entry in the Section 8 saga, subtitled Prejudice.

Here's what he had to say.

Thanks for taking the time to talk with me, Brett. To start things off, what is Section 8: Prejudice about, and for those who don't know, is it an add-on to the original game, or a standalone product?

After the defeat of the Arm of Orion at the hands of Section 8, there were still a lot of loose ends for Section 8 to wrap up. The questions the USIF has been struggling to answer are simple: How could a rogue faction construct weapons capable of destroying a USIF warship? Who provided the Arm of Orion with technology that rivals that of Section 8, the vanguard of the USIF's military? As the main character Alex Corde, and his team round up the last of the Arm and try to answer these questions, plans go awry. It's a story of betrayal, cover-ups, and of course, prejudice.

As a game, Prejudice is a full-fledged sequel. It's a major evolution from Section 8, with significant overhauls to the art, engine, and gameplay. The major multiplayer mode, Conquest, focuses on large-scale team combat, allowing 32-player combat on both consoles and PC. We've also thrown some additional game modes into the mix this time, such as Swarm, a co-operative mode.

For offline players, not only is there a full campaign component, but we support bots in all game modes. Even if you don't want to jump online and go up against other players, you can still enjoy every game mode offline against our devious AI. There are a lot of difficulty options for the AI, so even if you're not a pro gamer, you can still find a fun and fair challenge.

That sounds like a pretty involved story. Should new players track down the original first, or will this sequel provide a fresh starting point for newcomers?

We've crafted Prejudice to appeal to both new and returning players. One of our major objectives with Prejudice is to grow the size of the community, and we couldn't rely on all the new players having seen the original to do that. For that, we developed a whole new single-player campaign for Prejudice, and it's turned into a great way to get new fans into the game without having played the original.

Let's talk about the first game in the series. After all was said and done, what was the "final verdict" on Section 8? It must have done fairly well in order to warrant a sequel, but did it do as well as you had hoped it would?

We learned a lot from our experiences while developing Section 8, as it was TimeGate's first original IP shooter. When it was all said and done, there was still a burning desire to use that experience to craft something bigger and better. We were happy to get that opportunity, and with Prejudice we set out to make a sequel that truly shines. We are very committed to and very passionate about the universe.

Comparing the two titles, what worked in Section 8, and what didn't work so well? How did that knowledge inform the development of Section 8: Prejudice?

We've always been pleased with the amount of depth and teamwork possible in Section 8, but we wanted to help players learn the ropes faster.

Compared to the original, one area we chose to focus on was building a much more involved single-player campaign. Controls, timing, and pacing were another area of focus, but more of an intangible one. We gathered a lot of feedback both fans and internal testing and made countless small changes. A hundred tiny changes later, on anything ranging from aim sensitivity to character run speeds, we arrived at something that feels incredibly smooth. I'm most happy with the control improvements, as a lot of tweaks went into aiming and vehicle handling. Control improvements just make everything else feel so much better.

There's much more that is new in Prejudice, just can't reveal it now.  = )

Will the single player campaign in Prejudice be about the same, shorter, or longer than the one presented in the original Section 8?

Prejudice's campaign is its own full-fledged experience. We can't really compare it to Section 8, because it's a vastly different – being longer and much more highly involved. Based on community feedback, we took a completely different approach this time around. 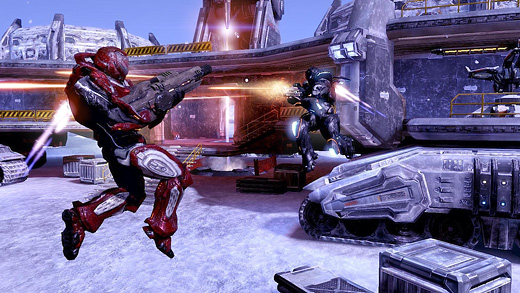 Section 8's multiplayer was fantastic. What new features, improvements or changes can fans of the multiplayer expect?

Tons. More than I could possibly cover in one response. But one of the biggest updates is the addition of new co-op game mode called Swarm. We had server options in the original called Swarm and Super Swarm, and they were so much fun, we felt they warranted something bigger and better.

With Prejudice, we rolled out the red carpet for Swarm. Being its own stand-alone game mode, it utilizes custom scoring rules and has a number of unique bosses and mini-bosses. To summarize, it's you and three squadmates in a co-op experience atop a fortress against an unrelenting swarm of enemies. Yea, sounds familiar, until you factor in Prejudice's on-the-fly purchasing system and how players can call down deployable turrets anywhere on the map. The enemies come from many sides, so where and when you call down deployabes plays a huge role in determining your team's success. It's great to see players go through the same map in a couple of different ways, utilizing different loadouts and different deployables to beat the swarm. Think co-op FPS meets tower defense.

Swarm has a lot of difficulty levels, so even very inexperienced players can jump in and have fun. You can even play offline with bot teammates, continuing our tradition of supporting full offline play for every mode. Veteran players, well gang, have fun with the Insane difficulty setting. We ran our last internal playtest on Swarm, and despite us knowing how it works, we got stomped. It's definitely winnable, but we don't expect anyone to show up on day one and beat all the Swarm maps on Insane. You might get lucky and beat one of the easier maps, but others will break you.  = )

In terms of specifics, will it be easier to pull off a "death from above"? Also, the Prejudice trailer shows some third-person action that appeared to be different than what was found in the first game. Will the third-person viewpoint see expanded use in Prejudice?

That question has come up a lot on our forums as well, and unfortunately I cannot give the entire spoiler answer now;). All I can say is that dropping is now handled very differently than the original. To a small extent this has made "death from above kills" easier, but they are still very challenging. We didn't want to make it too easy to obliterate someone for gameplay reasons, but yes, it's more doable now. We also added some benefits to hitting the ground at fast speeds; the more reckless your landing, the more damage you do to nearby targets. So now there's a trade-off; brake sooner for more control, or brake later for more damage.

What systems will Prejudice be available on, and in what format(s)?

We look forward to revealing platform specific information as well as publishing plans in the coming months.

What is TimeGate's stance towards DLC and continuing community support? Has any thought been given to these areas yet, or is the focus right now solely on the core Prejudice experience?

We're not going to roll out those specific details just yet. However, I can tell you we have a dedicated "live team" built for the project. Prejudice will be our most heavily supported project, post-release, in our 12 year history.

Infinite thanks to Brett Norton and the rest of TimeGate Studios for taking the time to speak with me, and equally infinite thanks to Luis Levy for helping to make it happen. Best of luck to everyone involved, and look for more information on Section 8: Prejudice soon. In the meantime, check out the official website, and the reveal trailer for Prejudice.

I loved the first game and now I can’t wait for Prejudice to come out, it seems like they have done a lot with the game and hopefully it will all be positive.