Although the Community Games area on Xbox Live was slow to start, there's no doubt that the content is heating up. More and more titles of notable quality have been surfacing, one of which is the fully 3D Adventure title, Mithra: Episode 1 – The Calling. If you haven't heard of it, don't be surprised… Microsoft's been lacking when it comes to promoting the better selections. However, that's what I'm here for. 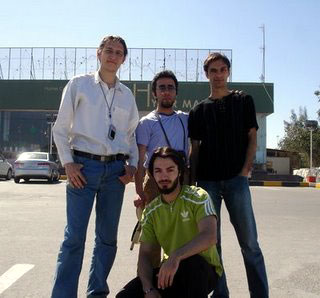 What can you tell us about yourselves and your team? How many people are involved, and are you in the US or International?

Afiction Games is an international team based in Canada. Currently it's composed of a small core team of less than ten people, and almost the same number of part-time members. It was initially Mahdi (our lead programmer) and I when we started developing the main idea in summer of 2007. After settling on the core idea, we managed to raise the initial funding required to launch the project. Afterwards, Mohammad, our 3D art director, joined us. With his help, finally we gathered the core people needed to develop Mithra.

What is your mission as developers?

To put it succinctly, our mission is to build high-quality, entertaining games in genres we love, and share the fun with others. Our current focus is the development of episodic adventure games for both PC and Xbox 360.

What are your backgrounds with games development? Based on the quality of Mithra, it seems as though you've already got a good deal of experience.

Mithra was the second video game project for most of the core team members and probably the first experience for other members, though Mahdi has some experience developing mall games before Mithra.

As the core members, we had common experience participating in development of a role-playing game for more than a year before we came together again at Afiction Games to develop Mithra. I think this common experience made it much easier for us to communicate and to work things out during the development. Also, it gave us some ideas about the capabilities of each person, and the overall capability of the team.

How did you get Mithra off the ground? Did you all program and design in your spare time at the beginning, did you have investors early on, or what was that process like?

After days of discussion during an RPG project, finally one day we decided to give it a chance. Adventure and Action-Adventure genres are favorite genres for both of us, and we have almost the same taste in games. The initial idea was a mixture of my business ideas, his technical ideas, and our interest in the Adventure genre. Mahdi started to test XNA's potential for developing a new engine based on it, and at the same time I developed the business plan, investment estimates, etc.

Together we developed two background stories for Mithra at the same time. Interestingly, the current story has almost nothing in common with the very initial things we had in mind. The final story emerged out of several hours of discussions with the design team over several months. Based on the business plan and the simple prototype developed by Mahdi, we managed to find some good friends interested in investing in the project. It all started like that. 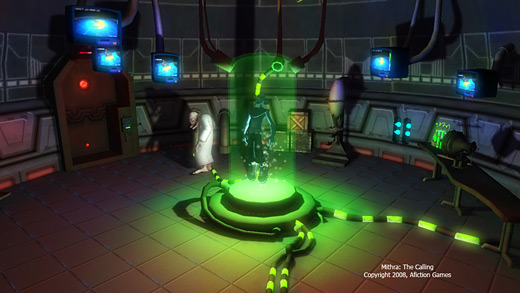 Your site says that you've developed your own engine based off of the XNA tools. What can you tell us about that?

MJine is a very lightweight engine for rendering games with some special effects like shadows and glow-mapping developed solely by Mahdi.

MJine has been heavily optimized to make the game run smoothly on Xbox 360 hardware, and we're planning to do even more optimization in the near future. We've also developed our own set of tools for creating particles, adding meta data to game objects, placing objects in the scene, connecting story events, etc. Mahdi has done a wonderful job developing the whole engine and toolset on his own.

Why did you pick the Adventure genre for your first game? What other games in the same genre are you fans of, or inspired you?

Almost all the core team members love Adventure and Action-Adventure genres. Personally I love the storytelling nature of Adventure games. I'm a big fan of Neverhood, Little Big Adventure and Dreamfall: The Longest Journey. The story and puzzles are brilliant in all of them. Mahdi is a fan of Beyond Good & Evil, the Sam & Max series, and Dreamfall. I think we were mainly inspired by the games Sam & Max, and Beyond Good & Evil.

In Mithra, the way the game begins and its setting reminds me strongly of an older game in a different genre called Out of This World. Are you familiar with that, and if so, was that similarity intentional?

It's interesting, but none of us have played Out of This World before. As far as I know it's a famous classic Sega title. Anyway, The Mithra story is totally original and any similarity is coincidental!

The puzzles in Episode 1 are all very logical and straightforward, and I mean that in the most positive sense. The Adventure genre is sometimes known for having very illogical, random, or esoteric solutions to its challenges, and I was quite glad to see that you avoided that. Was that intentional based off of your experience with genre, or how did you create the puzzles that you did?

Yes, that's one thing we all hated about a lot of adventure games. We intentionally wanted to create a game with logical puzzles to prove that Adventure genre is not about illogical and random puzzles. We're extremely stringent on the quality of the puzzles, and story of the game. After all, they are the two main elements of any Adventure game.

What has the feedback been on Mithra so far, and how (if at all) has that influenced work on the next episode? For example, on your blog you mention that some players have had concerns about the length of the game versus cost.

We got some valuable feedback during the playtest period from other developers in Xbox 360 Community games. Also, we got a bunch of interesting reviews on the game. The links to these reviews are available in the game forum at our site. 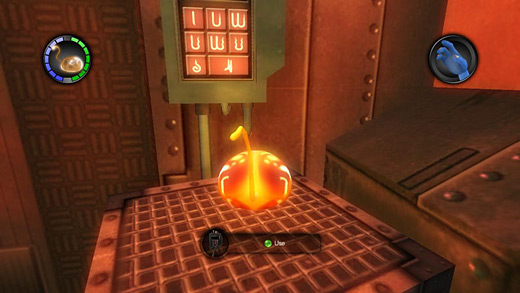 It seems that a majority of people like the puzzles, graphic quality and voice acting of the game. We had some negative feedback on the navigation system, and also the length-cost issue of the game. Currently we are implementing unlockables and an Achievement system into the game to make it more replayable.

Very soon, we will release a new version of Chapter 1 with these features. We're also planning to make future chapters lengthier with more puzzles, though at the same time we have to keep the whole project on plan, so we will probably increase the length of the next chapters gradually. For now, I can promise that we are and will be trying our best to continuously increase the value of each new chapter.

How long did it take you to make Episode 1, and how long will it be before players can expect to see Episode 2 of Mithra? Also, you've stated that Mithra is a game in five parts. Is that still true, and if so, what do you have planned for afterwards?

It took us almost 14 months for the base of the work and releasing Chapter 1. A large portion of this period was devoted to developing the game engine and the required design toolset. It will likely take us around four months to make the other two chapters of episode 1, which is more than what we planned initially due to the added puzzles and materials we're doing based on the feedback. After that, our plan is to develop each new episode in less than six months.

Also as the project progresses, we expect that the time to develop each new episode will gradually decrease. You can find some early screenshots from the next two chapters on the game website. 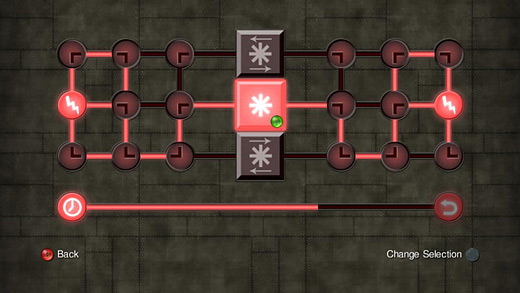 Our current plan is to develop Mithra in five episodes. However, there is a small chance that we will change the number of episodes in the future. It basically depends on the feedback from the market and players. I think it's too soon to talk about the plans after Mithra since, to a great extent, it depends on the future feedback.

What was it like working with Microsoft to get your game in the Community area?

It was pretty straightforward. We didn't encounter any problems during the playtest and release periods. However, Community Games still has some major shortcomings. In my opinion, the low observability and profile of the games in the Marketplace, the lack of a rating system, and the lack of a professional business report dashboard are the main drawbacks of the current system.

We hope that in the future Microsoft addresses these limitations. Still, I believe that it's a very good starting point for independent developers, considering that it eliminates the need to find a publisher or distributor—which is a major challenge in front of most of independent developers.

Overall, I am optimistic about its future and believe that we should give the system some more time to see its ultimate benefit for independent developers, and its role in the game industry market. 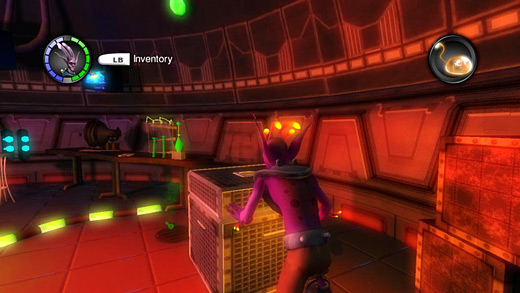 What advice would you give to someone who is thinking about creating their own game with XNA for the Community area?

Be smart, and start small!

Finally, what are you and your team playing now? Any current favorite games or developers that you are fans of?

As far as I know, we're all playing different titles. Just to name a few in Community Games: CarneyVale Showtime, Solar, and Miner Dig Deep. Otherwise, Prince of Persia, The Orange Box from Valve, Gears of War, Call of Duty: Modern Warfare, and Assassin's Creed.

Many thanks to Keyvan Vakili and the rest of the team at Afiction Games. For more information, you can check out their website, and if you're a fan of the genre or just someone who wants to support quality Community games, Mithra definitely comes recommended.