So after being completely impressed with WiiWare's World of Goo, I hit up the developers for a brief word. Quite friendly and accommodating, this is what 2D Boy's Kyle Gabler and Ron Carmel had to say…

So you both were at EA prior to making the game, how did you meet and what was it like setting up a studio of your own? Did you both whisper words of creative freedom to each other across the aisle between cubicles and make a break for it at sunset?

Kyle: Yeah, we met through friends while we were both working with EA. Somewhere along the way, it became clear that we were both having some sort of existential breakdown, and it seemed like the best solution was to go and risk everything, and become poor, and try to make our own games. It's kind of surreal now, almost two years later, that we just released or, and people are playing it, and liking it, and posting youtube videos of lovely things they do with it. I think reality hasn't quite set in yet that we're finally finished. 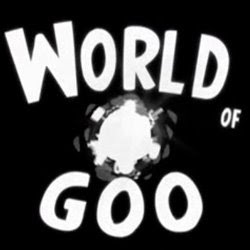 Now that you're independent, what was the transition like? Also, has World of Goo been successful enough to sustain you both financially, or are you doing other things on the side?

Ron: The transition into indieness was one of the most exciting and one of the most stressful things I've ever done. It took about a year and a half of living off savings before we saw a cent and it's kinda frightening to see your bank account balance going full steam ahead towards zero. We had some opportunities to do contract work but decided that we'd rather be working on our game. If we ran out of money we could always get contract work later. Now that we've seen some sales numbers, I can say that while we're far from rich, we'll have enough money to fund our next game. 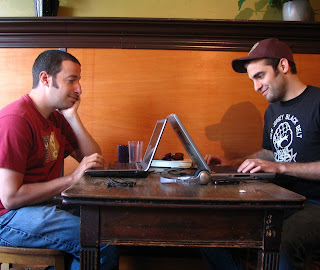 Ron on the left, Kyle on the right

I've heard that the story of the game is a parable for the story of your studio, or yourselves. Is that correct, and if so, how?

Kyle: Yep. The overarching story of World of Goo is a big metaphor for the development process – curious and naive little goo balls, encountering a large international corporation and it's global pipe distribution system. Meanwhile, we're a curious and naive new indie studio, eager to explore, encountering large international publishing corporations with their global distribution systems. Or, more generally – hope, ambition, curiosity, etc, collide with a cold bitter reality. World of Goo Corporation, in particular, is a giant metaphor for some of the absurd experiences we've had along the way with publishers so far. I just hope not too many Goo Balls get chopped up by rusty spikes, or fall into infinite death pits.

By all accounts, the game has been incredibly well received and lavished with near-universal praise (all of it well-deserved, in my opinion.) I've got my own theories, but why do you think the game has done so well?

Ron: Thanks Brad. The reason is simple: Kyle is a game design genius and a perfectionist. Constant playtesting helped too, as did our focus on gameplay experience over technology.

Kyle: Thanks! Also bribes. I wouldn't say we've done super well yet, though. I think most of our sales come directly from reviews and word of mouth, so I just hope people keep telling other people about it.

Looking back at its development, were there parts of the game that were difficult to pull off, or were there aspects of gameplay or design that you had to leave out for one reason or another?

Kyle: On the creative side, I had a lot of trouble with the story at first. I think because the only other games I had made in the past were very short 5-10 minute games with no story at all, and suddenly moving to a much longer, almost 10 hour game, I felt like I had no idea what was happening, and it caused a lot of insecurity and uncertainty. Previous revisions of the story had big cutscenes, lots of dialogue, it was a mess! Then we found out that the more I removed the story, and implied things instead of explicitly stating them, the more satisfying it became. That's why the cutscenes are all very short, and almost all dialogue is optional and oblique.

Why was World of Goo released only on WiiWare, and not Live or PSN? What's it been like working with Nintendo?

Ron: The Wii remote was the only controller other than the mouse that made sense for this game. If we tried to make the game use a dual-shock style controller players would end up feeling like they're in a straight jacket. Nintendo's been amazing to work with. Dan Adelman in particular gave us a lot of help and support over the last year of development. They were completely hands-off when it came to the game and went out of their way to help us promote the game and get it through lot check quickly.

The European version of Goo was reported to have an extra level that domestic players don't have. Are there any plans to make that content available via a downloadable add-on?

Ron: We're trying to figure out a few things with regard to the European release, the extra chapter is part of that, and we hope to have some more news on that soon.

Currently, World of Goo is holding strong at a score of 96 on MetaCritic, putting it alongside things like the Orange Box, BioShock, Super Mario Galaxy, and Resident Evil 4. That's some great company to be in. Now that the bar has been set so high, what are you working on now and what are your plans for the future? Do you feel any pressure to produce something as successful as Goo?

Ron: Our next game is going to be called "The Sophomore Effect: An Intentionally Mediocre Game". We have to lower expectations for our third game because there's no way we can top World of Goo.

Kyle: We'll see about that! In the meantime, we're incredibly grateful about our review scores. Of course, I have a feeling our sales are orders of magnitude less than Mario Galaxy! 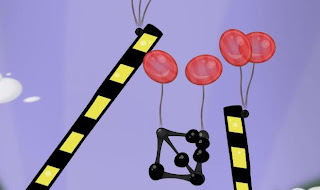 What are your feelings on the concept of 'games as art'? Already there? Never happen?

Kyle: This one is dangerous. I think the questions of "are games art" was carefully and intentionally constructed to illigitimize games as a medium. It's a conspiracy, but I'm not sure where it got started. As long as we continue to have four people on a panel at every games convention debating this, there will continue to be doubt. So, I think we should all – journalists, gamers, game developers – make a secret pact together to stop doubting our artistic power, and never speak of this again. And then we can all float away like thousands of simulated butterflies, and completely transcend the movie and music industries like we're supposed to!

Finally, is there an absolute limit as to how tall the towers in the World of Goo Corporation can go?

Ron: There can be no more than 300 Goo Balls in the Corporation. Even with the greatest of skill, a tower can only be so high. But the World of Goo, like every other computer system, has rules. Some of them can be bent, others… can be broken. Please don't mess up the leaderboards, Neo.

My most heartfelt thanks to Ron and Kyle at 2D Boy, and if you haven't already, I strongly recommend that you go and download their game immediately. Available on Wii, PC, and Mac, go HERE to help make them rich so they can keep on making games as great as Goo.

Congrats Brad on the interview. World of Goo is one of those great little games that everyone is talking about. It’s nice that an indie developer is seeing some success on a console outside of the retail environment dominated by Gears of War 2 and Fallout 3.