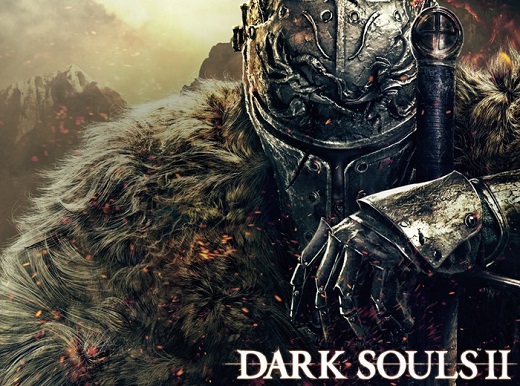 Brand new NPC
The Scholar of the First Sin character appears throughout the game and will reveal a new path through the DARK SOULS II universe.  What will this mysterious new character reveal to players?

Many items contain expanded descriptions to help deepen the lore in the DARK SOULS II universe.

New items
Players will gain access to a new item: the Agape Ring.  When players equip the new Agape Ring, souls collected from kills during online play will be absorbed by the ring rather than the player.  This allows players to control their online matchmaking experience by limiting their total souls collected.

Online matching improvements
The bonfire warp selection screen will now highlight the top three areas where players will have the best chance to connect with other players online.

Other improvements to the matchmaking system will help players connect and enjoy DARK SOULS II online.

Choosing to enter the Covenant of Champions will now allow enemies to continue to respawn after being defeated.

This new vision for DARK SOULS II will include updated graphics and performance, new enemy placement, increase in online players, and additional gameplay enhancements as well as all the new content stated above.  All three DLC missions released for DARK SOULS II (Crown of the Sunken King, Crown of the Old Iron King, and Crown of the Ivory King) will also be included with DARK SOULS II: Scholar of the First Sin.

DARK SOULS II: Scholar of the First Sin will also be available through a physical retail release for Xbox 360 and PlayStation 3 system, and digitally for PC DirectX 9 systems on April 7, 2015.  This new version of DARK SOULS II will include the enhancements described above, enriching the player's journey through Drangleic, as well as expanded item descriptions, adjustments to online matchmaking and gameplay balancing.  All three DLC missions released for DARK SOULS II will also be included with DARK SOULS II: Scholar of the First Sin.

This is it? The only enemy behavior changes are this tiny detail?! Who actually uses this spell to get through the game? There has to be a mistake somewhere. There is no way someone could not see the glaring errors in the design of the AI and enemy movements.

Is this just _one_ of the examples of new enemy AI or is this all there is?

I dunno, TBH… Just spreading the info we were given from the devs. If I find out more, I’ll post it here.