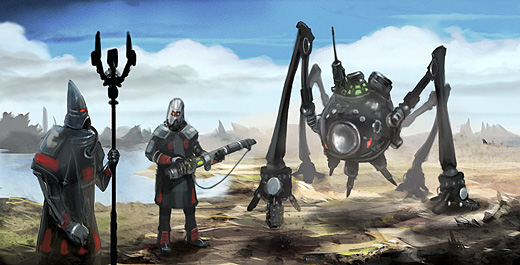 The other day on Twitter, I had a discussion with a friend about being dissatisfied with the current types of games produced by the industry. He countered by saying that there were games in the indie space that filled that need, and that it was important for critics to seek them out and spread word of their existence.

I certainly agreed with that point, but I mentioned that there are so many small games on the Internet and that they are so widely dispersed, it's a real challenge to sift through the massive amount of content out there in the search for the gems worth discussing and sharing.

I mean, it's just not feasible to sit down in front of a computer and play every indie game out there—the amount of time required would be massive and not something easily accomplished, especially when other factors are taken into account. Things like review obligations, having a day job, having a wife and children, or just generally having a life mean that a critic must be very selective and use their time wisely. Brute force searches do turn up interesting discoveries, but there's a lot of detritus to dig through in order to locate one.

As the discussion continued, I mentioned that it would be much easier for an indie game developer to reach out to a critic than it would be for that critic to search the Internet and happen upon that particular game. If there's no buzz and no word of mouth about a title, the chances of a critic finding it are quite slim.

We went back and forth on this point for a bit, but as senior editor of GameCritics for the last twelve years, it's been my experience that it's rare for a indie developer to reach out and promote their own game, at least as far as my site is concerned. It just doesn't happen all that often.

Maybe it's that indies don't think GameCritics is the right site to approach? Maybe people don't think I'm the right person to e-mail about their indie game?

Who can say for sure, but what I do know is that the overwhelming majority of information I receive about upcoming games is from professional PR reps, and I find that situation to be quite puzzling. I mean, if I had spent a year (or more) working on a game that I really thought had a chance of making it and I'd staked my financial future on it, I'd want to get the word out, tell as many people as possible, and do everything within my power to make sure that the people who would most likely purchase my game would know about it. 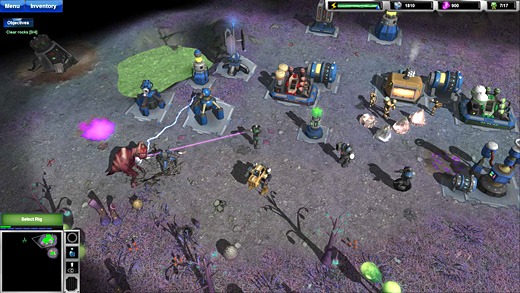 This isn't a concept native to video games, it's something that's true for any product or any business, anywhere. The successful entrepreneur doesn't create a product and then sit on it, waiting for customers to happen along and make them rich. No, someone who's successful in business understands that the most important thing to that success is reaching out and educating customers (or in this case, players) that they exist in the first place.

I get it, I get it… not every game developer is a natural self-promoter or PR whiz. It "feels weird" to talk about yourself, or it's that people don't want to come off as fake or like shills. I'm sympathetic to that, I really am, but anyone thinking that they can make a game (or any other product, service, etc.) and then sit back and watch the money roll in might as well be holding their palms open to the sky and praying for a magic cloud to come along and rain gold coins.

Making games is making games, but there is a business side that's necessary to grasp if part of the goal is to become successful. It may not be palatable or enjoyable for some, but it's just the reality of how it's done. If people don't know about you, we can't play your game or talk about you, and we can't help you become a hit.

That's Just How It Is.TM

Very soon after this conversation wrapped up, it became apparent that the universe had been listening in. That same day, I got an e-mail from… a small indie developer who was promoting their game.

The irony was not lost on me.

While I had never played their title nor ever heard of it, this random e-mail out of nowhere was doing everything necessary to get their game in front of someone who should see it, and I just had to smile. These guys got it, and not only did they understand it, they did it well.

Forgoing a generic e-mail blast, they took the time to research my site and their message was addressed to me, personally. It was very clear that they had taken a moment to do a little homework, and because of that, I was much more inclined to read the entire message and hear them out. It was a perfect pitch done in an honest way, and while I always appreciate that, I appreciated it even more considering that it arrived just as I was talking about this very topic. 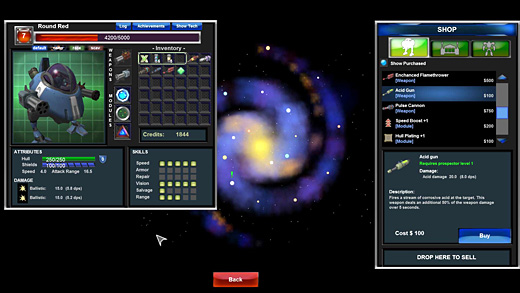 As my way of congratulating them for doing things the right way in the right place at the right time, I told them that I would run their message here and help get the word out about their title. I haven't played it and this isn't an endorsement, but I like to walk my own talk and this was the perfect opportunity to do so.

Star Prospector is a single player sci-fi RTS game where the player assumes the role of a "Prospector", a one man mining person piloting a rig, which serves as a mining, salvage and combat vehicle. The game generates a random galaxy with each new profile, offering approximately 100 planets & missions to explore. The player will need to mine for resources, build and defend their base, construct and upgrade robotic units, and explore the planets, completing missions along the way.

Star Prospector is not a typical RTS in that it was designed to offer the player many elements of typical RPG games such as leveling up, player customization and upgrades, loot drops, stats points and perks. In addition, individual units within missions will gain experience and level up, and can also be upgraded with shields, armor and damage. The basic RTS elements of building a base, managing forces and resources, and expanding to strategically control the map, and defeat enemy forces are still a large part of the game.

We recently released a rather large free DLC update for the game that includes a number of upgrades and additions to game play as well as a new bonus game mode. We made a number of improvements to the UI and game controls as well in response to feedback that we received from players and a couple of reviews, including increased game speed, command and building queues, as well as some significant changes to level balancing. We have also updated the demo on our website to also include these new features and improvements.

If you're interested in checking out the game, you can find it at these locations:

If you check out Jason's game, please tell him I sent you. Also, if you're reading this and you're an indie developer, I welcome any and all contacts. I would love to hear from you! If you've made something great, let help me share it with others!

Like I said before, it's a lot easier for you to find me than it is for me to find you, so don't be shy!