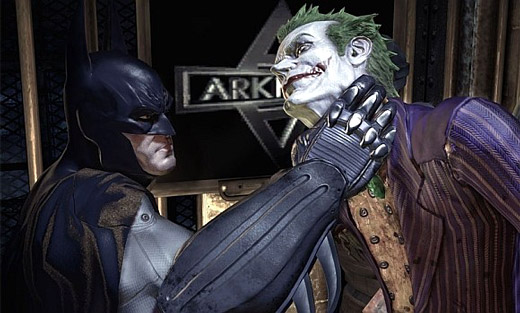 Getting closer to the end of my "must-plays" of 2009, I just wrapped up Batman: Arkham Asylum on the PS3 a few minutes ago. I've got to say, this is one of those extremely rare times when I felt that all of the praise and accolades given to the game were well and truly deserved.

Rocksteady Studios did a fantastic job on this project, no two ways about it.

I think one of the things that I admired the most was that everything in the game was created in service to the overall experience. What I mean by that is, there were no design choices or mechanics that did not serve the greater function of carrying the player along on a fast-paced adventure portraying Batman as no other game has. Every aspect supported the central vision. I don't detect anything that feels out of place, or that was left in despite not quite fitting with the rest. For a developer to show such restraint is practically unheard of.

Not only was the design incredibly tight, Arkham Asylum is without a doubt the best Batman game ever made, and it's better than practically all of the films. It's not going to be my game of the year, but this was most certainly one of the top games released in '09 and will make it to my own personal top ten without breaking a sweat. I absolutely can't wait to see what Rocksteady does next.

My friend Chris Vandergaag has come up with a few more (hilarious) commentary pieces that I think readers of this blog might appreciate. The first is on the mainstream press, and the second is about the Modern Warfare 2 launch. Check them out if you're so inclined.

Batman on the NES, inspired by the first Mechael Keaton Batman movie, has been my favorite Batman game for a long time. While it seemed to take forever to beat, that final ending scene was so worth it.

This game really makes use of being Batman and its great! I love just going into the challenge rooms to blow off steam. The normal story mode had me hooked too. I really hope a sequel is coming and they don’t lose sight of what made this what it is.

Link, Snake, meet Batman. I must confess I never got into the hype initially. As far as I was concerned, it’s another Batman game by another obscure studio (Rocksteady? Who’s that?). The games’ promotion was pretty much what I expected from most games. The game title logo was uninspiring, the box “art” was the typical rendered stuff seen everywhere, and it even has the Eidos (yikes) logo. I was unimpressed by the screen shots because of the typically “Western-style” approach to the graphics. I even tried the demo, which after playing left me with an impression that it was a… Read more »

Yeah, this is definitely the surprise hit of the year for me (I know it had lots of hype before release, but I tend to ignore such talk especially when it concerns a well-known license); completely agree with everything you’ve said. Rocksteady have displayed a talent and dedication to game development that I only ever really see in Japanese games, so serious kudos to them. I would actually say, overall, Batman: AA is best contender for game of the year, since Uncharted 2 is basically a sequel to a very similar – albeit also awesome – title, and Persona 4… Read more »

Arkham Asylum and Assassin’s Creed II are probably the best two games that i have missed this year. 🙁