The Carapace Must Hold 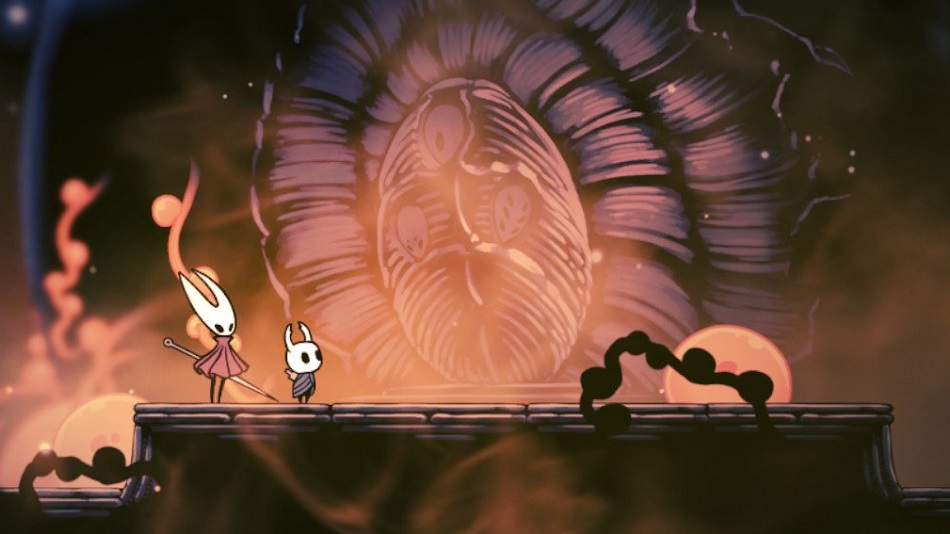 LOW Some of the bosses are deeply demoralizing.

WTF The world is so open, I went more than 25 hours before finding a *crucial* starting vendor!

It’s rare that I pour a ton of time into finishing a game, come away from the experience thinking it was brilliant, and then decide that I probably wouldn’t recommend it to most people. However, this is exactly the case with Hollow Knight. It’s a finely-crafted near-masterpiece that I have nothing but respect for, but it also feels like something that’s aimed at a highly specific subset of players. Unfortunately, that focus might be a bit too narrow.

GameCritics writer Mike Suskie originally covered Hollow Knight here, so I’ll avoid reiterating the basics and also say that I largely agree with Mike on all of his points. We may differ in how severe we thought these problems were, but he’s not wrong.

So, back to the review at hand, who is Hollow Knight for? To paint with broad strokes, I’d say that this 2D metroidvania-style adventure hits the sweet spot of people who fall within the center of a Venn diagram comprised of Dark Souls fans, lore hounds, secret-seekers, people who don’t need structure or guidance, and those who enjoy a stiff challenge. Of course, people not in that specific audience will still find things to appreciate, but a few caveats are needed.

The open-world design of Hollow Knight is initially constrained by the player’s need to acquire mobility power-ups like a wall jump, an air dash, and so on, but that still leaves a surprisingly large amount of area open to explore. While some may see it as a vast territory rich with secrets to be uncovered, it can also be seen as an enormous amount of ground to get lost in with little suggestion as to where to go or what to do. 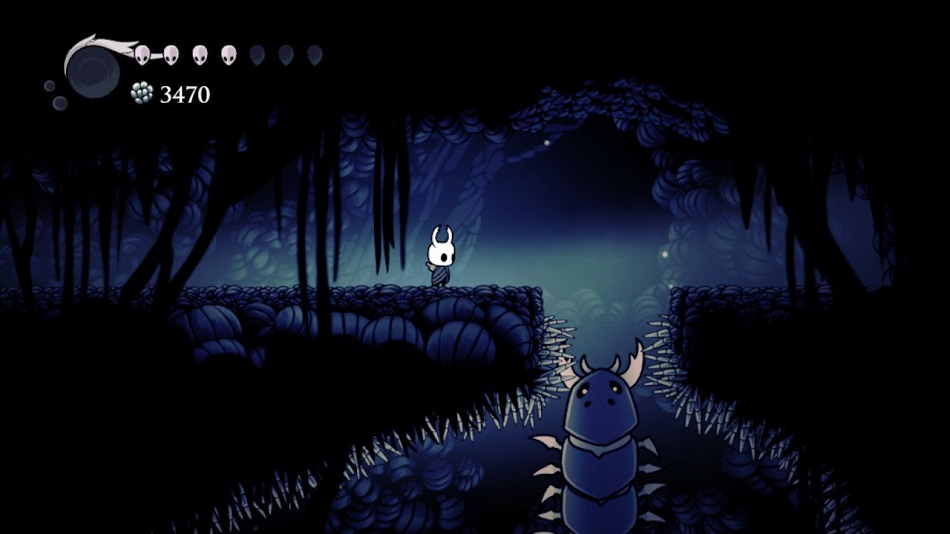 While I enjoyed being set loose for the first few hours, I soon found myself wanting a goal or something to work towards, and when I reached a point when I wasn’t sure how to progress, I had to resort to using a wiki – and this wiki became my constant companion for the rest of the game. In fact, Hollow Knight is the rare instance where I would heartily recommend that prospective players get outside assistance sooner, rather than later. Wikis, walkthroughs and YouTube will all go a long way towards making it more enjoyable and approachable since there are many, many aspects that will be missed by the average person during normal play.

Another aspect of Hollow Knight to be aware of is the difficulty. While most of its challenge is appropriate to the genre, the developers go overboard with a handful of bosses, and my feeling is that many people will have notable difficulty getting past those fights. Players should be ready to put in some time sharpening their skills and experimenting with character builds before they’ll be able to get past the brick walls that lay in store for them.

While the tough bosses might not be so bad on their own, the frustration associated with besting them is increased by other aspects of Hollow Knight that I wasn’t in love with, like the map system Mike discussed in his review, or the barely-there fast-travel and miserly distribution of save points. Replaying some of these fights is already a handful – being asked to make pointless boss runs from the nearest respawn area is salt in the wound. The developers would do well to re-examine the amount of quality-of-life concessions they employ in future games.

However, despite all of the things that irked me, I don’t want to get too bogged down in the negative — after all, it’s not every day I come across a title that can easily stand beside Super Metroid and Castlevania: Symphony of the Night. 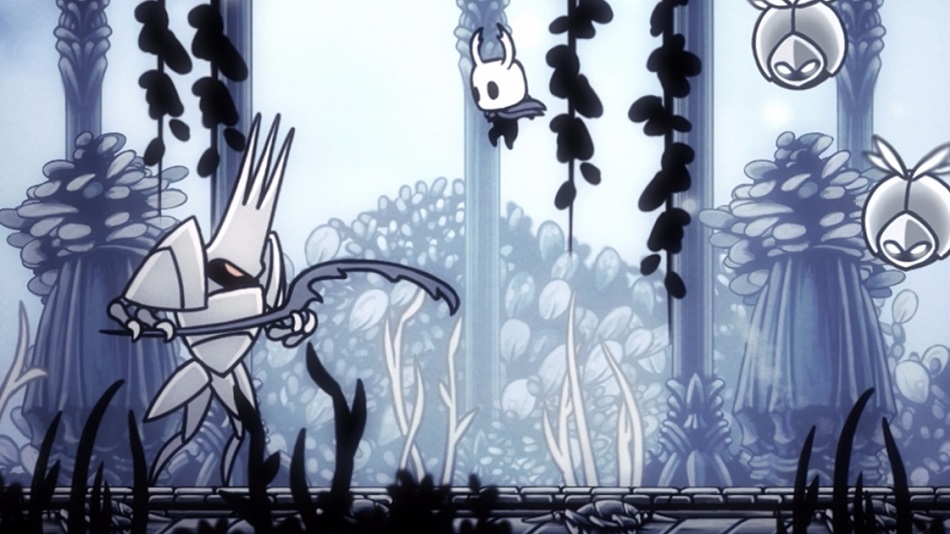 When it comes to world design, the developers show incredible skill. Each area is visually distinct and every corner offers a surprising amount of environmental storytelling for those who pay attention to the details. Seeing a bit of a corpse here or the furnishings of an empty room there goes a long way towards filling in the world Team Cherry has created. A huge amount of consideration has been given to every inch.

The same goes for the characters who populate this underground kingdom — nearly everyone the player comes across is bursting with charm and personality. While most are underused and I would have liked to have spent more time with them, it’s a credit to Hollow Knight that I wanted more. I have no doubt that I’ll clearly recall Cloth, Zote and Hornet for years to come.

The art design of this dark, moody sojourn is flawless, and the animation is just as good. In fact, it’s doubly impressive since it never interferes with the ultra-tight controls and how good it feels to pilot the character as he jumps, slashes, dashes and clings to walls. While I may have been having difficulty with some of the bosses, it wasn’t because my insect avatar wasn’t doing what I wanted it to.

When all of these elements come together, it creates an experience that is head and shoulders above the vast majority of the competition in this genre. Team Cherry is smart, confident, and possess a serious level of skill. I may not agree with all of their choices, but there is no doubt that they are choices, and not mistakes. This team was clear and deliberate in producing their work, and I have much respect for that.

Altogether, I spent more than 50 hours in the world of Hollow Knight, and even after low points like devoting an entire evening to just one boss or constantly running to a wiki for info, the experience was absolutely worth it – critically speaking, it’s impossible to not recognize what is staggering piece of work this game is. However, I do admit that I fall into a few of the categories on that Venn diagram I mentioned. Those that don’t should be prepared to deal with the bursts of sadism and confusion that Hollow Knight delivers alongside its superb intrigue and action. Rating: 8.5 out of 10

Disclosures: This game is developed and published by Team Cherry. It is currently available on Switch and PC. This copy of the game was obtained via paid download and reviewed on the Switch. Approximately 50 hours of play were devoted to the single-player mode, and the game was completed past 100%. There are no multiplayer modes.

Parents: At the time this review was written, there was no rating information available from the ESRB. However, the Nintendo eShop lists it as E10+.  Most of the action consists of cartoonish bugs attacking each other with swords and other weapons, accompanied by small puffs of smoke/blood and their bodies falling to the floor. But again, they’re bugs. Also, any kid able to hold their own in a game this challenging should be more than capable of handling the bug-in-bug violence. There is no salty language or any sexual situations.

Deaf & Hard of Hearing Gamers: I played the vast majority of the game with the sound off and assumed I had no problems, but once I turned the sound on I realized that there were many audio cues which had no visual accompaniment — hidden objects sometimes give a sound to let players know when to search, for example. While the game is absolutely playable without sound, it’s one step more challenging for those who can’t hear the cues. All dialogue is subtitled and the text is not resizable. 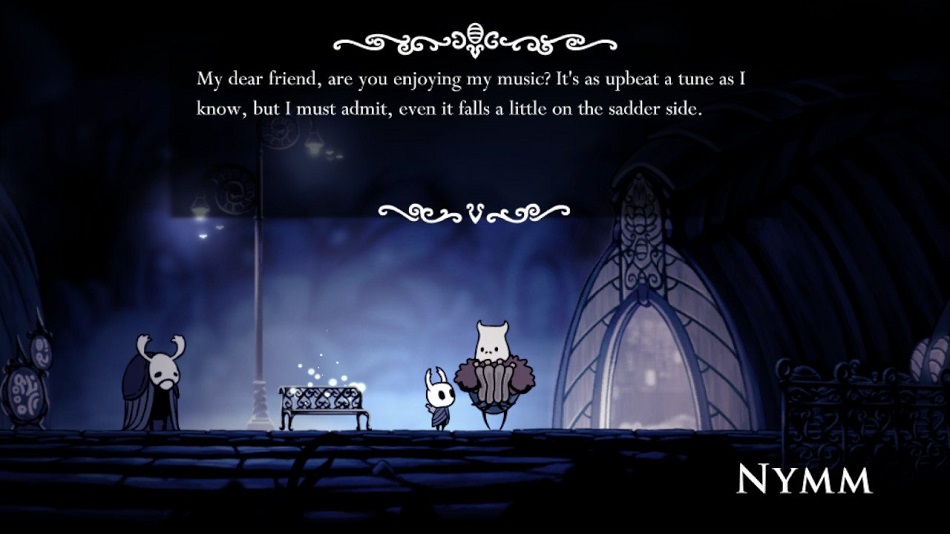 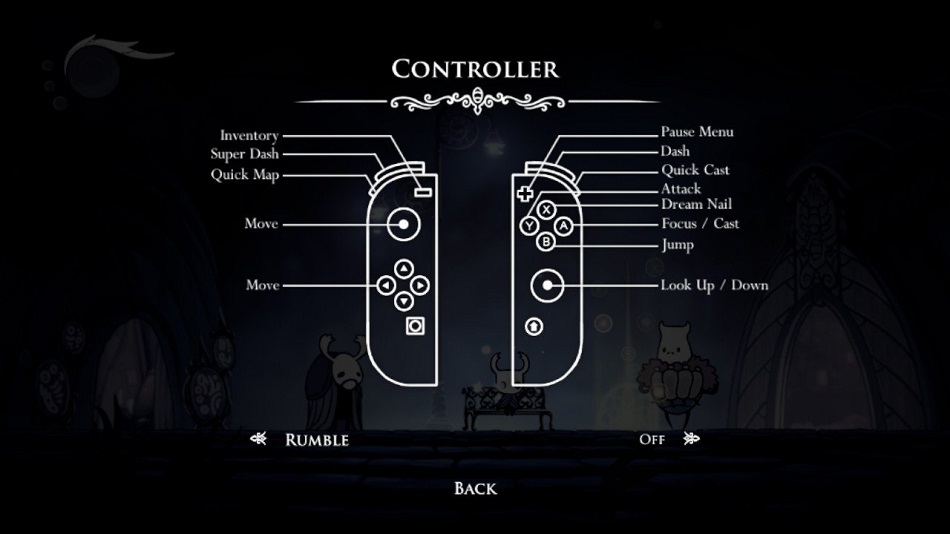