I've got a pile of stuff on my desk that I've meant to blog at one point or another, so tonight's entry?

My wife and I homeschool our young son, and if my oldest comes to live with us at some point, we plan to homeschool him as well. This is a touchy topic for a lot of people on both sides of the issue, but I recently came across an article that addresses a large part of why we decided to take ourselves out of the public education system. I've had a few people ask me about it over the last few days, so in case you're curious, here you go.

The good people of 17 Bit Studios have cooked up a new trailer for their upcoming title, Skulls of the Shogun.  I've talked about this game plenty of times so I don't want to beat a dead horse (you're all buying it, right?) But in case you've somehow missed me mentioning it, check out the video and keep your eyes peeled… Last I heard, it's coming in October. 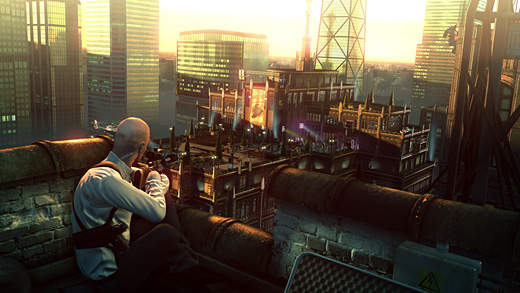 After playing Hitman: Absolution at PAX Prime, I felt a lot more confident about it and decided to put $5 down at Gamestop in order to play the Sniper Challenge demo level.

Basically, it's a micro-level available for download right now. Agent 47 is perched on a rooftop opposite from a party taking place on top of a neighboring building. The object is to take out one particular guy, but there's also a score-based element where shooting certain things increases a points multiplier, and in addition to that, it's more than just shooting. With careful aim, it's possible to take out the enemies in true Hitman fashion without alerting anyone that something is up.

It only takes a few minutes to complete but there are loads of little touches and small little secrets to find, and the drive to beat your friends ranked higher than you on the leaderboard is pretty strong. If you're planning to buy the game anyway, it's totally worth putting a couple bucks down for this and playing it now.

I haven't tried it yet, but apparently the soundtrack to Double Dragon Neon is pretty sweet. It's available here to download for free, or you can do the cool thing and donate a couple of bucks to the composer if you wish.

The third Indie Uprising is taking place on XBLI right now, and a good chunk of titles are already out. In case you're not familiar, you can to read up on what the Uprising is all about in greater detail, but basically it's a way to showcase the best of what XBLI can offer.

I didn't have time to play through all of them, but here are some quick thoughts on the ones that I did check out:

Qrth-Phyl. It's a ridiculous name, but it was by far my favorite of the group. Basically, it's Snake + Tron, but has an added twist of going back and forth between 2D and 3D. A level starts out with a snake eating dots on a flat plane that can be flipped, but after enough have been eaten, a hole opens up in the plane and the snake can enter free-flying 3D space. The presentation is super-slick and it controls smoothly. Bought this one on the spot.

Setentia. This one shouldn't have been included in the promotion. The graphics are ugly, it's clunky to control, the basic concept of play is a non-starter and it's got a wordy "art" vibe to it that makes the whole thing a little bit ridiculous since it's such a poor game. I could go on in greater detail, but there's no point. Just avoid this one.

Diehard Dungeon. Sort of a real-time quasi-Roguelike, I bought this one after the first couple of minutes, but then started to regret my purchase. The old-school graphics are great and I like the idea of combining random dungeons with fast action. On the other hand, I wasn't hitting power ups fast enough to keep things fresh and the rooms feel too similar—basically, break a bunch of boxes until you find a key while dodging or killing creatures. Open the door, move on to the next room, repeat. The thing that really killed it for me was that the boxes that hold items take too many hits to break, and it just started to annoy me after a while. With a little work this one could be pretty awesome, and apparently it's getting patched soon. I'll revisit in a while and see how it's been tweaked.

Gateways!. The easiest way to describe this one is that it's a 2D Metroidvania-ish title where the main mechanic is a Portal gun. I have to admit that style counts for a lot with me, and I didn't care for the graphics in this one at all. Also, I've already played Portal twice (three times, if you count the section in Darksiders) and it's not really novel anymore. I appreciate that the developer was able to implement it in this way, but at the same time, it felt a little too cumbersome and not fresh enough to keep my attention. I didn't get very far, but based on what I saw, I didn't want to keep going. 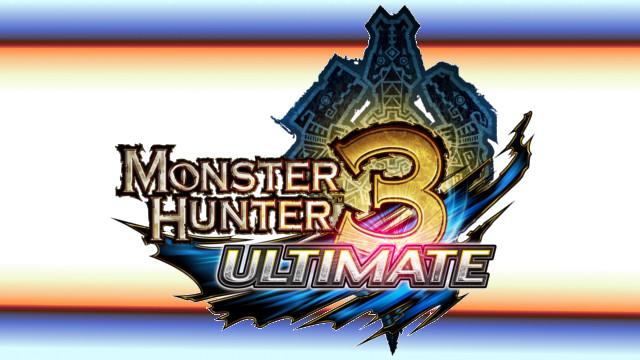 So, the Wii U announced a release date, launch titles, tech specs, and all that stuff. You can click here if you want to read up on it yourself, but I'm not going to go into details.

Long story short, I wasn't very keen on it up until this point, and after the announcement, I still wasn't. However, the one bright spot to come out of this (no, I don't really care about Bayonetta 2) is that Capcom FINALLY announced a new Monster Hunter as a Wii U exclusive.

Monster Hunter 3 Ultimate will be coming in March, apparently… so I will be getting a Wii U in March.  It was the only name that could have possibly been announced that would have convinced me to make plans to buy the hardware, and there it is.

On the other hand, I have to admit that I'm slightly disappointed. Monster Hunter 3 (Tri in the US) is a good game for sure, but it's not my favorite and I'm still quite frustrated that Capcom hasn't made any moves to bring  Monster Hunter: Portable 3rd to the States. That's the one that I was really hoping would get here sooner rather than later, especially since there's an HD version that can be played on the PlayStation 3 instead of the PlayStation Portable.

When it comes to Monster Hunter I'll take what I can get, but it's been a constant source of frustration to hear Capcom say over and over that the franchise just isn't popular in the West, yet they've never really given it a proper chance. I still say that if they took a full-fledged, meaty title like the PSP's amazing  Monster Hunter: Freedom Unite and put it on PS3 or Xbox 360 with full online capabilities, it would take off like a rocket.

Instead, here they go again with another Nintendo version… The core fans like myself will jump on, of course, but this feels like another half-step of progress for a franchise that's rotting on the vine.