For a little change of pace, I invited my good friend and super-author An Aguirre to sound off on games from a female perspective. As you can see from her gameography, she’s no newbie to RPGs and has definite opinions on a few topics… I gave her free rein to jot down whatever she felt like, and here’s what she came up with. I think you’ll agree that there’s some interesting stuff here.

Please give a warm welcome to Ann!

Hey, everyone. I'm happy to be here. Brad asked me to write a bit about what it's like to be a gamer from a chick's perspective, so here I am, aiming to do just that.

First, let me give you an overview of what my favorite games have been over the years. My love affair with games started a long freakin' time ago with Eye of the Beholder. I played all of them. Solved all of them. Then there was Planescape, which damn near broke my heart. I also played Dark Sun. From there I proceeded to Baldur's Gate, Icewind Dale and Throne of Bhaal. Since then, I've discovered Neverwinter Nights (both 1 and 2), Jade Empire, Fallout 1 & 2, and the Knights of the Old Republic series. More recently, I've fallen in love with Fallout 3 and Mass Effect—which pretty much brings you to date. 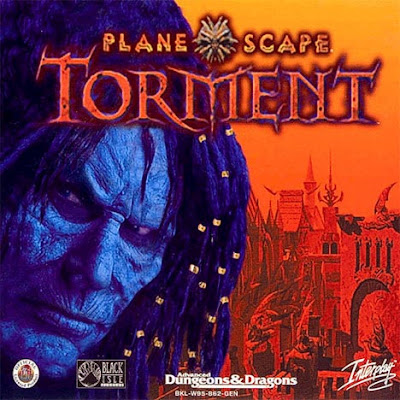 In studying this list, you can probably guess that my favorite type of games have some RPG component. I don't love shooters. I've tried to like them, but they just don't have enough story to keep me interested. Fallout 3 was a really cool blend of action and story. Voice acting can make a huge difference in a game, a factor in whether I'd call it good or great. I've had a crush on Raphael Sbarge for years, ever since I first "met" him in KotOR as Carth Onasi, so when he turned up in Mass Effect, I could NOT have been happier. 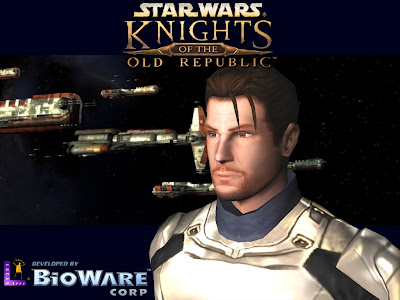 Likewise, I was stoked to find an actor, Nicky Katt, I really liked as Harry Senate in Boston Public playing Atton in KotOR 2. Yum! But wait, there's more. It was disturbing yet hot to have Liam Neeson playing my dad in Fallout 3… Because I must confess, my feelings toward him were not particularly familial. 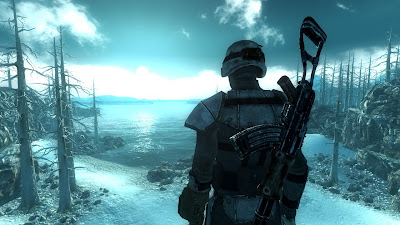 I'm not a level grinder or a number cruncher or a loot monkey. It will probably come as no surprise that I love the stories these games tell. I'm in it from start to finish because I want to know how it ends. That's the same reason I read a book. Sadly, many games seem to have rushed endings; it's 100% awesome until you get to the wrap-up and it's like the designers said, "Ok, good enough, the end," and you're left wondering why you spent $50 on this. My affinity for story is also why it irritates me to no end to pick up an awesome-looking game and realize I have to play Captain Jack Dawson, and screw me if I don't like it.

Look, I'm not a dude. I don't want to play a dude. Why can't I play as a woman? I liked how Mass Effect did it, just choosing the last name for you (which is fine with me) and letting the player pick a gender. I think that's smart. Otherwise you risk losing a pretty big audience. There are a lot of gamer-grrls out there, and we have money to spend. 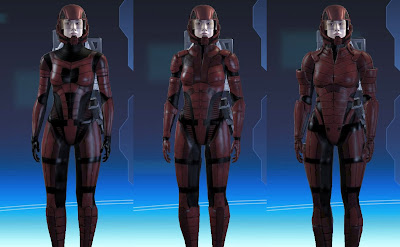 Which brings me to my next big gripe. I looooooooove a romance in a game. It's so fun to see how the relationship develops while you're going about your plot business. I love NPC interaction and funny interjections. There's nothing that makes me call a game awesome faster than clever writing. So why are the romances so half-assed, seriously? If you guys don't know how to write one, CALL me. I'll be happy to help you out, and so would a number of other professional romance writers. Of course, if we write the romance, it will take some of the fun out of playing it, but at least other women out there will get the joy of it. If they're having programmers do the writing or people who don't write fiction for a living in these games, I can figure that out. It's like hiring your gardener to redo your wiring just because he's already there. But obviously I don't know how it all works; I just know I've seen very few romances that worked for me, and sadly, the males usually get the better and more numerous choices. If we're lucky there's one male NPC for us, and he's usually an asshole. 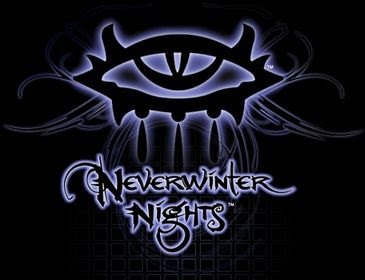 To that end, I have a few suggestions that I don't think would be very tough to implement — and would actually streamline the romance. Put a toggle in games in the options to enable same sex romances. Write a script that determines the NPC love interest according to the gender the player chooses. That way, you only need to write one romance with minimal tweaks. I've seen this done with real expertise in player-designed modules for Neverwinter Nights. Andarian has designed an amazing module called Sanctum of the Archmage, where the romance is really well-developed in addition to combat, traps, and story. He integrates this swing-sex NPC with great skill, so if he can do it, why can't the bigger companies? There's no reason they can't raise the bar; they just choose not to. Are you listening to me? I promise you more chicks will play your games if you go this route.

My most anticipated releases are Jade Empire 2 (is this more than a myth?), Star Wars: The Old Republic, and Dragon Age. Oh, and I can't forget about Mass Effect 2. Now that I've had my say, feel free to reply. I'll be back later to talk games, reminisce about the good oldies, and generally wax poetic.

Infinite thanks to Ann, and be sure to check her out at her own site, annaguirre.com.

[quote=Sam @ Starcraft Strategies Center]Ya I have to agree with you there Cody. I worked at a game company and the creative directors often tried to take on writing duties which left a lot to be desired. Can’t really blame them, video games were never meant to be oscar caliber performances.[/quote]
Neither are action flicks!

As a man i have never actually looked at games from a womans perspective, however you have shone light in a subject i never thought of before. Now i actually sit and think about it most games are made as if men will be the only ones playing them, i mean take GTA for example. A lot of females would love this game i am sure and yet you cannot pick a woman from the start.

Ya I have to agree with you there Cody. I worked at a game company and the creative directors often tried to take on writing duties which left a lot to be desired. Can’t really blame them, video games were never meant to be oscar caliber performances.

It’s clear that the people writing the scripts are just all around uncomfortable with writing romance into the plot, which is why the relationships between characters are often crummy. The person directing the plot is often like a “lore master” person who really might not be an expert on writing about relationships between characters, but is more about developing plot and plot alone.

I just ran across this post, and wanted to thank Ann for her very kind comments about my module writing. I definitely agree with her perspective on writing RPG romances, and blogged a few of my thoughts on the subject as well.

I agree completely with you. I hate it when you get into the story of a game and then just bam over and the ending sucks and leaves you hanging. I also play games for the story and don’t much like shooter games because the usually do have lame stories. I’m a RPG girl all the way. Interaction between the charters is so much fun. especially when well written and you really get a feel for the characters personalities and you can almost think of them as real people. I also agree that I also love a good romance for… Read more »