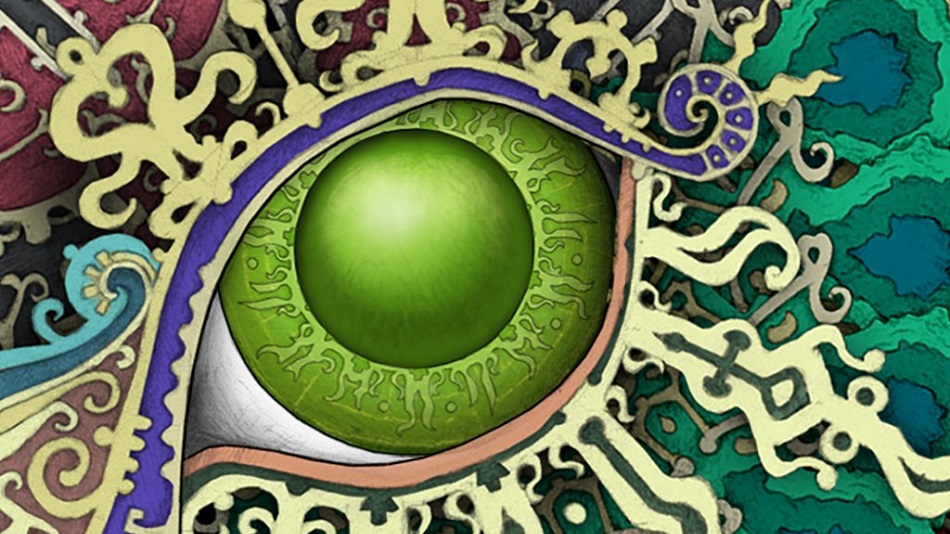 LOW Flipping between screens for long periods without finding a solution.

WTF I have absolutely no idea what the story is about.

As a critic who cherishes innovation and creative ideas, I sometimes want to like things more than I really do. Freshness and surprise count for a lot, but the reality is that no matter what neat twist a developer brings, there has to be a solid core underneath it — something to draw me in and feel connected with. Without that, a neat idea can only go so far.

Take Gorogoa. It’s fair to say that this recent Switch release is unlike anything I’ve played, and that counts for a lot. However, after factoring in my appreciation for its unconventional mechanics, I found that I just didn’t have any feeling or connection to the work, and that’s a bad place to be.

I wish I could explain what the story is, but I honestly don’t understand it, nor did I get much from it. There is apparently a boy (or a series of boys?) who are thinking about ideas and collecting some type of fruit, but that’s as much as I could glean. There’s no dialogue or text in the game, so everything is communicated through pictures and it just wasn’t landing.

That’s not to say that the pictures aren’t beautiful, though. The art is fairly stunning, and has a very storybook-like feel to it. The pencil work is lovely, and this could easily be a popular children’s title on a shelf somewhere if we were discussing only the aesthetics. When it comes to gameplay, Gorogoa‘s mechanics are just as intricate and finely-wrought as the visuals, though they don’t have the same power.

Essentially, the screen is divided up into four quadrants, and it’s possible for a different hand-drawn scene to be in each area. For example, in the upper right there might be a boy thinking about a star, in the lower right might be a book, in the other, a landscape, and so on. The player interacts with these by moving a cursor around and seeing what can be done. In most cases, interaction consists of swapping frames to different positions on the board, or moving in and out of each square’s foreground and background. 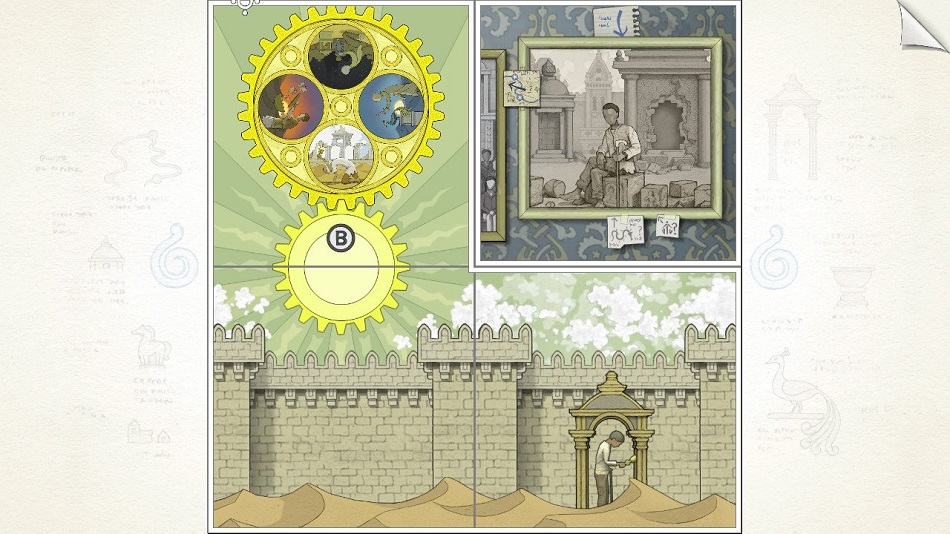 At one point, I had one quadrant with an interior scene with nothing going on, but by clicking and going further into the scene, I found a rock falling and resetting infinitely. In another quadrant, a little poking around revealed a glass dome with a crack. By then rearranging the pictures so that the rock was placed above the dome, Gorogoa automatically linked the two pictures and allowed the stone to travel between images and break the dome, leading to the next section of play.

The game is full of clever little connected animations like these, and while I greatly admire the intricacy and complexity of these constructs, I just didn’t derive any satisfaction from them.

Part of the problem is that these pictures often have three or four layers of depth per picture, and the screen often has three or four different pictures at once. It’s difficult to remember what’s where, and with so many options, it’s tough to do quick comparisons between pictures when searching for things that might match up. Most of my time with Gorogoa was spent going in and out of images with little rhyme or reason, often relying on blind luck or process of elimination to get something to happen. When I finally did, it resulted more in a sigh of relief than a stroke of excitement or triumph.

The long bouts of clicking and rearranging images might’ve felt more satisfying if I was getting bursts of narrative or emotion from each completion, but I felt more like I was being kept at a distance — standing outside a window looking in, rather than being part of the process. Gorogoa isn’t a long game, but I found myself asking why I was playing it and what I was getting out of it, and didn’t have a satisfactory answer for either question.

I’ve seen articles mentioning that Gorogoa was created by a single man over a number of years, and it’s clearly a monumental labor of love. I want to respect that and I appreciate the amount of work that must’ve gone into this title… I honestly can’t even imagine. That said, as someone coming to this project knowing nothing about it beforehand, I found the Swiss-watch mechanics and detailed illustrations to be impressive, but the experience fell short in all other aspects. I’d love to view an edited Let’s Play of all the sequences being solved in order, but I have a tough time recommending it as something to play. The internet has changed the way casinos look at their players and the games they play. As players have gotten more sophisticated over the years, casinos have had to revamp their methods of doing business. They now have to compete with one another for your attention in order to ultimately get your money. And one of the best ways for them to do so is through online reviews and recommendations from trusted sources such as Casinogentleman .Rating: 4.5 out of 10

Disclosures: This game is developed by Jason Roberts and published by Annapurna Interactive. It is currently available on Switch, iOS and PC. This copy of the game was obtained via publisher and reviewed on the Switch. Approximately 2 hours of play were devoted to the single-player mode, and the game was not. There are no multiplayer modes.

Parents: According to the ESRB, this game is rated E and contains no descriptors. This one is 100% safe for anyone. Nothing objectionable here at all.