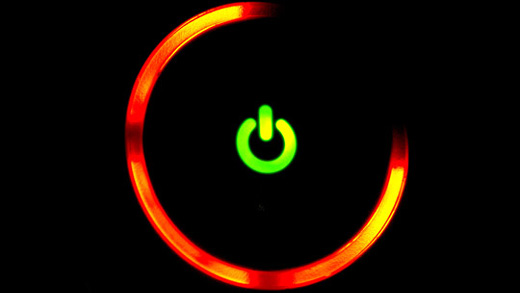 My oldest son arrived this morning for one of his thrice-yearly visits. He'll be here for a week and I'm elated to get to spend some time with him, but he's actually not feeling so well, so instead of my usual post I'm just going to do a quickie for the night.

My 360 RROD'd yesterday, bringing my grand total to three Microsoft console deaths. Even the PS1 (known for its failures in the early models) never died as often as the 360, making it the most fail-prone console in history. I mean, going through four units in one generation? Come on. The result? No 360 titles for my son while he's here and my review schedule just went out the window.

In Demon's Souls news, I'm in the homestretch before the last boss, but I borked myself by trading in my best weapon (an upgraded Halberd) for a demon-enhanced Dozer Axe. Big mistake… the Axe has much heftier damage, but it's incredibly slow and has a shorter range. In other words, it's useless on the last boss fights. Gonna have to farm some souls in order to get my old weapon back. A stupid self-setback on my part, but easily overcome with a bit of gruntwork. The quest continues!

Oh, and I love Professor Layton and the Diabolical Box. Totally recommended.

I’ve had my ps3 for about 3 years now and leave it on nonstop without it heating up or getting loud. I had an xbox 360 for about 5 months before it started getting really loud and couldn’t read discs, eventually succombing to the red rings of death, long story short the ps3 is greater than the xbox 360 in almost every way

Also on my fourth 360 here. It took me a while to realize it had been that many, since one of them — a launch console — gave up the ghost after less than a week, and my third was dead out of the box. (!) At least both of those were quickly replaced by the retailers. I figure my newest unit must be more reliable, right? It’s got the most recent chipset, which I understand means that heat is dramatically decreased. Still, it’s an appalling record.

Took me about 35-38 hours to finish it the first time. I’d bet subsequent runs go a lot faster… I flew through he first level in a fraction of the time it took originally.

I’m on my 5th 360. The damn things are made of spit and graham crackers on the inside, I think. The worst part is when it dies I have to go through the “your warranty has expired so it will cost you blah blah blah” crap every time, and then I have to tell them no, and then wait for someone to call me back. It almost seems like they’ll fix it for free regardless of the warranty, and the warranty is just a way to get money out of people who don’t bother to refuse to pay. Anyway Brad,… Read more »

I bought my 360 when it released in 05 and it didn’t die until day after Christmas 08. after that I said to hell with it and sold it and my games. the only game I liked for it was gears 2 anyway, and after beating that I was almost exclusively on my ps3.

What a shame that your 360 has taken a dump…and that you have had to put up with it multiple times!! I am so tired with Microsoft and their crap that I am about a HAIR away from selling all my 360 games, and becoming a PURE PS3 gamer! There are just too many things I cannot stand about Microsoft: 1) The pay to play. True. It’s been around from day one of the service but it’s really lame. 2) 360 gamers pay ten bucks more for the EXACT same game that PC gamers get. 3) The L4D DLC fiasco.… Read more »

I called and asked them at one point–they just won’t do it. Bastards.

Depressing news. I’m still on my first Xbox 360 which is 3½ years old at this point, but from a purely statistical perspective I wouldn’t be particularly surprised if it stopped working soon (which is why I do almost all of my gaming on the PS3).

Allegedly my repair will be free, even though the warranty had expired. You should see if they’ll do it for free as well.. i mean, hell, they owe you, right?

I feel so betrayed by mine red-ringing that I still haven’t gotten around to getting it fixed. There’s a part of me that now feels like I’m “part of the fraternity” and I’ll soon be the guy bitching about his 7th or 8th unit dying. I have enough aggravation in my life–I don’t need MS adding to it with their terrible hardware.