The (Too) Long And Winding Road 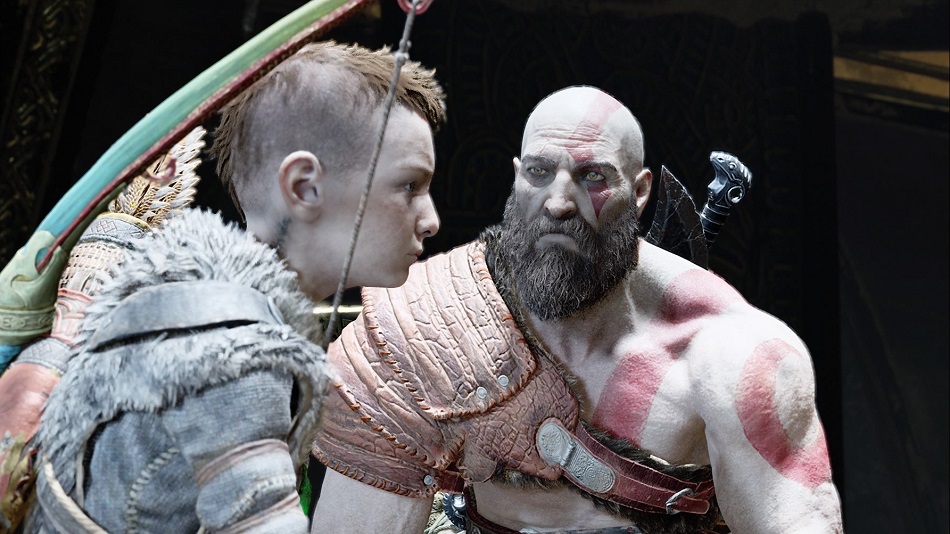 HIGH Mimir is a great companion.

LOW The campaign is at least twice as long as it should be.

WTF The conclusion of the story.

Before saying anything else about God of War, I want to be clear that I respect the hell out of Santa Monica Studios for taking one of the most one-note characters in recent videogame history and trying to do something different with him. Not only have they reshaped the Angriest Protagonist Ever and imagined him as the kind of father who might be capable of caring for a child, they’ve also revised many of the series’ gameplay fundamentals, which is no easy task. Unfortunately, while God of War gets a lot of credit for trying to pull off these two equally difficult things at once, I can’t award top marks.

While I enjoyed spending time with Atreus, the relationship between he and Kratos — one of the game’s key selling points — never solidified for me. Ironically, despite the campaign being a bloated 20 hours (or more, for those who participate in side activities) it doesn’t feel like enough quality time was devoted to their connection.

A large part of this issue is that the characters just don’t have anything interesting to do. The idea of a father and son setting off on a journey to spread the ashes of the woman in their life is a great starting point, but the campaign quickly devolves into all sorts of fetchquests, item hunts and miscellaneous puzzles and barriers to overcome — while some are illuminating opportunities showing how the two are growing and bonding, far too many are pointless detours that delay and undercut the emotion God of War tries to build.

The best moments for me were when Kratos and Atreus are in a boat, ferrying from one place to another. The stories and anecdotes that come up while paddling feel natural, and go a long way towards showing who these characters are and how they can relate to each other. Frankly, the campaign should have been a tight eight hours with stronger scripting of this kind, leaving most of the nonessential stuff for after the central narrative was resolved. Instead of being a substantial, touching road trip that cements their familial ties, it felt more like the developers couldn’t fill their running time with enough things to say, but they still weren’t ready for me to end the game. 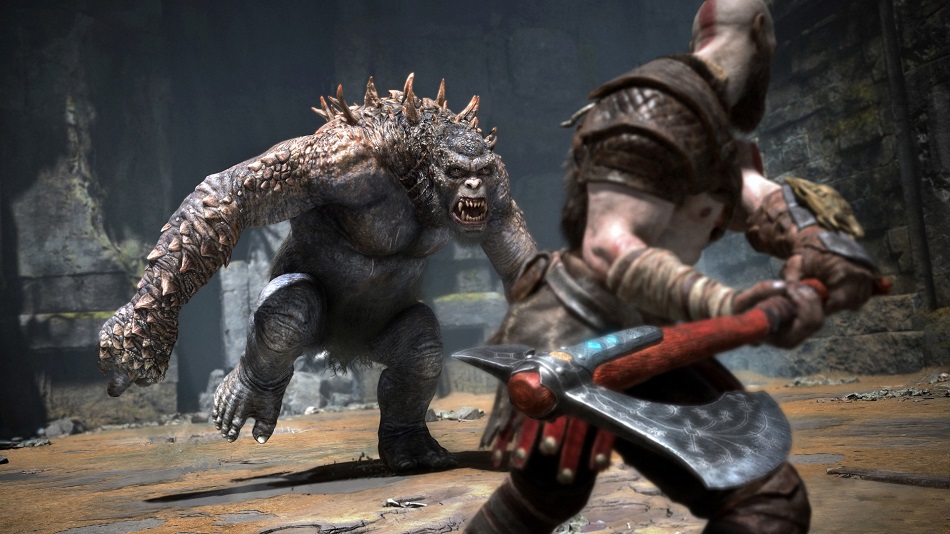 In terms of production, the graphics are absolutely amazing. The first time I saw Kratos in motion, I actually gasped. His character model is on a whole new level, and it’s stunning. The sound is also strong, and when looking at screenshots, the world seems to be a picturesque, majestic place. However, when spending time in it, the areas Kratos and Atreus explore are quite disappointing. Apparently, the Nordic world this pair inhabit is comprised entirely of some woods, endless stone hallways, and blandly generic interiors that fade from memory immediately after passing through them.

God of War‘s combat is good when the Leviathan Axe is being thrown and recalled, when Kratos is dodging, when Atreus is slinging his surprisingly-powerful arrows, and when things are happening at a rapid pace, but the variety of enemies is incredibly disappointing — the same few palette-swapped mobs and large monsters pop up all too often, and after the initial excitement of combat wears off, there just isn’t enough to impress. Even the bosses disappoint — traditionally a hallmark of the series, there aren’t many in the adventure, and the ones that are present don’t stand out, with perhaps only one exception.

Ironically, it seems like the devs were trying to address this blandness by including all sorts of skills, abilities, power-ups, armors to upgrade, enchantments to equip, and tons and tons and tons and tons of doodads to collect. It’s overkill, though — after cracking open a thousand chests and stuffing my inventory full of inconsequential junk, I was hard-pressed to tell one piece of armor from the next, or to care about minute stat upgrades bought from the chatty blacksmiths.

God of War has been one of my most anticipated games since I saw the first announcement trailer, but after having finished it, I felt more disappointed and exhausted than anything. It went on for far too long, it was filled with too much cruft, the relationship wasn’t as rich as I had hoped, and the story felt like it was stalling for time. While their journey might be over for now, Kratos and Atreus feel like they still have a long way to go. Rating: 6.5 out of 10

Disclosures: This game is developed by Santa Monica Studios and published by Sony. It is currently available on PS4. This copy of the game was obtained via publisher and reviewed on the PS4. Approximately 22 hours of play were devoted to the single-player mode, and the game was completed. There are no multiplayer modes.

Thank you for your review.

I am now officially calling this game:
God of War – Phantom Menace

I thought you said you enjoyed the game? I’ve been following your tweets. Now it’s a disappointment?

I haven’t talked about the game on Twitter, although I did discuss it twice on the podcast and my thoughts basically echo my review here. maybe you had me mixed up with someone else?

I apologize, it was Mike that said he loved the game. The score just doesn’t seem to match for someone that “loved” it.

Interesting to see that you thought the ending to mass effect 3 was fine, but you aren’t impressed by this GOW’s story, which I find odd because I thought SSM nailed the story from start to finish. What I also find odd is your description of the environments ” Apparently, the Nordic world this pair inhabit is comprised entirely of some woods, endless stone hallways, and blandly generic interiors that fade from memory immediately after passing through them.” I don’t agree with that at all. The environments were actually varied, gorgeous and large in scale at times. I’m not sure… Read more »

Hey Gary. As far as what games I like, well you can scroll through my work in the archives to see what I thought of anything I’ve covered, but in an effort to save you some time, I’ll just say it’s pretty rare that I’m bowled over by high-end graphics. I appreciate great graphics, but what’s more important is what you do in the levels, and how they enrich the overall world and experience. Visuals matter, but in GoW I felt like I was just walking through a bunch of hallways and entering simple open areas for combat. There might… Read more »

I’m finally playing this game (on PC) and I’m really enjoying it. This is one of the few times when Game Critics has, thankfully, not tempered my expectations, or rather . . . well, I guess for a while this game was off my radar, but I think that’s more due to the fact that reviews couldn’t really get into the meat of the game, and what they did cover sounded underwhelming. So maybe going in with low expectations was a good thing. In any case, I feel like this is actually an Uncharted game done right. I mean, it’s… Read more »

Aha! You were right all along. I was loving this game in the first few hours.

This would’ve been a pretty great 10-hour game.

Yeah…. I get why people like it — there’s a LOT of great stuff in it — but there’s so much OTHER stuff and it takes SO LONG to get where it’s going. If it was half the length it would have been twice as good.

I loved God of War but I definitely agree it would’ve worked better as a 10 hour game.

To be honest games constantly outstaying their welcome is a pet peeve of mine. Cut out the flab please!