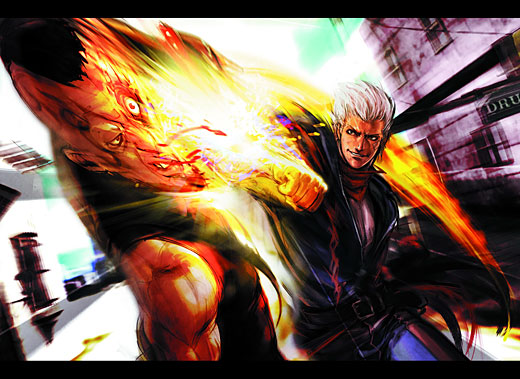 In preparation for this week's podcast (just wrapped up recording a few hours ago) we asked readers on the forums what title they'd like us to talk about, and they selected God Hand, from now-defunct Clover Studios. In all honesty, I never saw that one coming.

I picked up a copy back in '06 when it was brand-spanking new, and I think I logged somewhere around an hour or an hour and a half with it before I tossed it aside. I seriously hated the game at the time, my patience for its cumbersome controls and infuriating camera to be basically nil. It also didn't help that the game has an absolutely terrible first level, and does the bare minimum to introduce players to what it's all about. 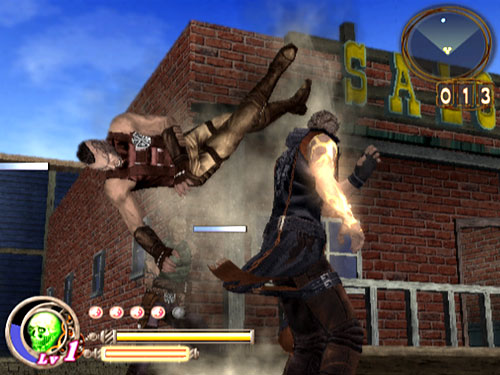 Anyway, we're all about giving the readers of the site a voice, so I figured I should put my initial misgivings aside and go back into it with as open a mind as possible. What could it hurt, right? At worst, all of my issues with the game would be reconfirmed. At best? Well, I didn't think there'd be any "best".

Well, surprise of surprises… After this second attempt with God Hand, I have to admit that I actually started to warm up to it after a while.

I don't know why I was able to tolerate it and get into the groove this time; it's pretty rare that my first impressions with games ever change, but that was indeed what happened. I still hated the first level but I hung in there, and the game definitely got better, although "better" is a subjective term. 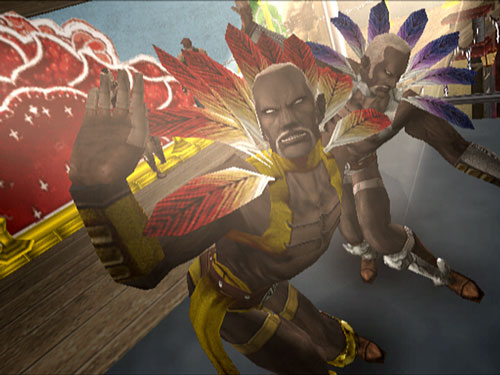 For those who have never played it, God Hand is basically the equivalent of Final Fight or Streets of Rage (2D side-scrolling beat-'em-ups) brought into the third dimension and given a massive dose of the most absurd, usually juvenile humor—poison chihuahuas, gorilla wrestlers, clumsy samurai, rock stars, demons, afro boxers, light S&M, and all that sort of stuff.

The other hook besides the massively irreverent tone is that the main character literally has a god's hand (the whole arm, really) and with it he's able to unleash superpowered beatdowns and crazy combo chains that the player can create themselves. Imagine spanking people so hard that they fly across the screen or punching someone a hundred times faster than the eye can see, and you'll get the idea. There's a little more to it than that, but all anyone really needs to know about it is that the point of the game is to beat the holy hell out of everyone you come across, and under no circumstances is anything onscreen to be taken seriously. 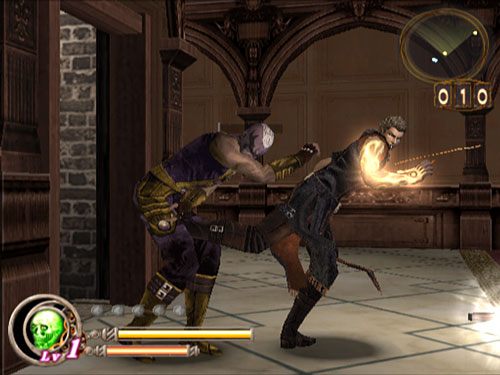 I just completed the game earlier tonight, and after all was said and done, I'm glad that I did. Although there's no disguising the fact that God Hand is deeply, critically flawed in many ways (camera, controls, balance, difficulty) I will say that the humor of the cutscenes was not lost on me, and the over-the-top, outlandish combat took on a charm of its own after a while.

I would definitely not recommend it to anyone looking for something quick and easy to jump into, but if you're a fan of No More Heroes or Killer 7 and you've got a high tolerance for frustration, the ability to power through a few incredibly cheap boss battles, and no qualms about using cheesy tactics to survive, then this one might just be worth a look if you missed it the first time around.

I absolutely love this game. I play through it about once a year (once you know where to go and skip the cutscenes it only take 7-8 hours max). While it did have many flaws; the combat is great and I liked the humor. I would argue that the game is well balanced but is too difficult at times. I know it sounds like a contradiction. I felt that every enemy (even the bosses) offered an appropriate challenge and did not fall too much on the cheap side. However, the game too often artificially increases the difficulty but dropping 8-10… Read more »

Pretty good summary on the game, and I definitely know that feeling you had when you first played God Hand since I myself thought “errr, what the heck is this!?” on the first level… but it really does come alive when you give it a chance. I don’t fully agree with your words towards balance and difficulty, since I felt the game offered a good challenge and made you learn how to play properly. I’ll admit, some boss battles did feel frustrating, and there likely are elements of AI cheating, but I’ll take that over the hand-holding mentality of modern… Read more »