I'm completely behind schedule in terms of reviews which is a little embarrassing since I pride myself on being an industrious, high-output kind of guy, but I'm making the effort and slowly getting back up to speed. At the moment I'm still chugging through Call of Juarez: Bound in Blood on PlayStation 3. 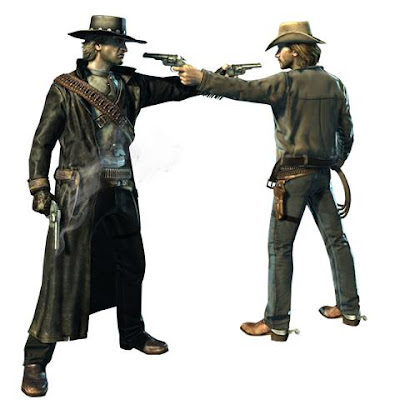 Although it didn't start off very well, the later chapters pick up and I can say that I'm enjoying it a lot more than I was initially—though it's not that the gameplay is especially entertaining, but I get a lot of mileage out of the Western setting and the main characters are keeping my interest.

Their voice work is actually fairly well done so that definitely helps, and it was a smart move on the part of the developers to keep the two playable brothers together regardless of which is chosen since it gives plenty of opportunities for dialogue and storytelling, not to mention the fact that having a buddy along during the game builds an appreciable sense of camaraderie. If it wasn't for the characters (and to a lesser degree, the plot) I would have mentally checked out by now.

Finally, I did have a chance to put a few hours into Lemmings on PlayStation Portable. Although I finished Lemmings 3D on PSOne, I've never actually played the original Lemmings for more than a few minutes. 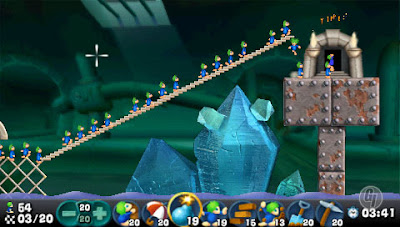 The developers did a good job of smoothing it out and making it look pretty, but I think its core identity needed a little more work.

Don't get me wrong-the formula and concept are still good, but it was pretty frustrating to get into some of the more difficult puzzles and not be able to zoom in enough for a sufficient level of precision when activating some of the special powers, not to mention that when a lot of lemmings get into a small area, it's basically impossible to pick the exact one you want out of the massed herd.

Since so much of the game is about being very exact in terms of placement and timing rather than simply figuring out what to do, my frustration level crept up quicker than I expected and I ended up putting it aside with about half the content left untouched. This kind of imprecise control combined with stringent victory strategies might have been all right back in the day, but it doesn't fly anymore. I'm glad to have it in the archive, but I think I'll be content to leave it as a footnote rather than a personal conquest.