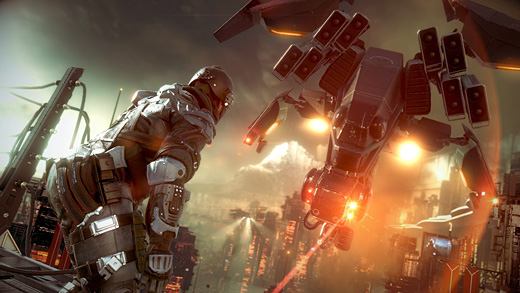 With buzz building around "inevitable" new console announcements, I started thinking about it and came to a realization:

For the first time in over thirty years of playing games, I'm honestly not excited about or even looking forward to the next generation of hardware.

Just thinking that gave me pause for a moment… As a gamer to the core, it's a bizarre, jarring way to feel. How can this be? After all, looking back it seems as though no matter what system I had, I was constantly eager for the next thing.

The Atari 2600 kept me busy for ages, but I knew that couldn't be all there was. The NES was fantastic, but I could conceive of better. The SNES and Genesis? Fantastic stuff, but the seams were showing. The PS1 was striking out in an all-new direction and things got interesting, but they also got a hell of a lot uglier. And now that we've had the 360 and PS3… well, what's next?

Real talk: I'm fairly satisfied with the consoles we have now.

Tech-heads may disagree, but in general, the graphics we're seeing these days are more than good enough. We've got decent online connectivity (for those of us who are actually online) and I've got an over-stuffed backlog of titles for Xbox 360, PlayStation 3 and Nintendo Wii. If I stopped buying games this instant, I wouldn't run out of things to play for at least another two or three years.

So, for the sake of argument, let's say that both Microsoft and Sony announce new consoles this year. What would their big hooks be? 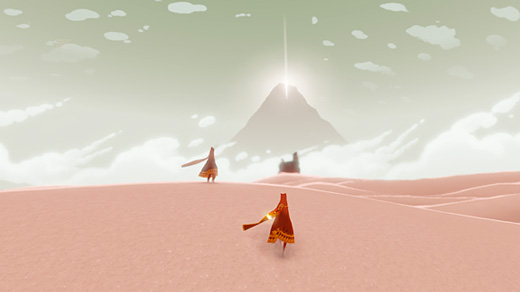 There will eventually be solid games to play (especially as support dries up for the older machines) but when comparing graphics between the current generation and the next, the improvement might be visible, but I doubt it will be stunning enough to drive consumers to the stores.

Going further, I don't think many developers are getting the most out of what they've already got. Rather than trying to get shinier skin or real-time eyelashes on in-game characters, I'd rather see people focusing on better designs, more innovative thinking, and newer types of content that are entirely possible on the current machines.

For example, look at Fire Emblem: Awakening. I've happily poured twenty hours into it and will likely put in another twenty. The graphics are simple and there's nothing cutting-edge about it—it's just a smartly-designed piece of software. The same goes for Serious Sam: Double D—XXL on Xbox Live Arcade (XBLA). It looks like it could run on a graphing calculator, but there are a lot of clever ideas and the gameplay delivers. The list just goes on and on. Monster Hunter, Deadly Premonition, Trials HD. Hell, I've never, ever heard of anyone describing it as the "system-straining Journey," yet that thing walked away with nearly every award out there in 2012.

It's from this perspective that I question what the next generation is going to bring.

HD graphics? Already there. 3D? It's a gimmick, and with the current state of technology, seems likely to remain that way for quite some time. Motion control? Kinect and Move failed to make their cases, and while most players seem open to a little waggle in their game diet, I don't see anyone focusing on that as the next big thing.

Always-online requirements? Used game lockouts? Publishers and developers might be keen on these things, but I'm guessing that very few gamers are looking forward to these "advancements." 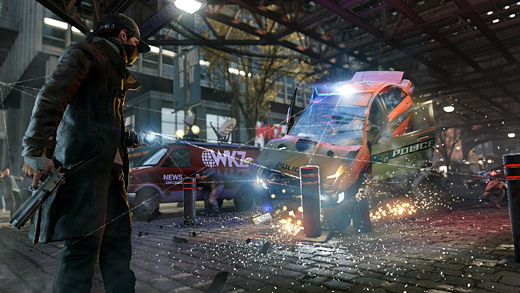 Another factor in my new-box apathy is that while my 360 has seen heavy use since purchase, my PS3 and Wii have remained largely untouched except for the occasional exclusive.

Although I'm in a special position as a game reviewer and needed to have these units in-house, the smart move would have been to wait for the hardware to drop in price and then scooping up all of the worthwhile titles at deep discount. Looking at the library on my shelf, there weren't many exclusives that I would have missed out on if I had done so.

Given that multi-platform development is now the norm, buying a new set of boxes makes less sense than ever. In fact, despite being a console diehard since the beginning, it's starting to look like the smartest move is to buy a gaming-class PC, hook it up to my TV, and investing in a couple of high-quality controllers. It's not something I thought I would ever say, but the cost savings of PC games on sale is undeniable and the idea of having both big-budget blockbusters and edgy indies on the same box is incredibly appealing.

With all of this in my head, I'm finding it difficult to get excited about the possibility of spending hundreds and hundreds of dollars on "inevitable" new consoles. Unless the current economics of video games goes through a radical shift or there's some revolutionary new trend or mindblowing design concept that I'm not yet aware of, I'm feeling very inclined to get off the early-adopter bus and keep myself busy with what I've already got.

Don't get me wrong—I'm not saying I won't get on board if Microsoft or Sony present me with a tempting set of reasons to make the jump, but I'm not champing at the bit to empty my bank account like a sucker and hope that something compelling will come from it.

Plenty of serious video game fans aren’t early adopters, and that’s fine. I didn’t get into the last generation of consoles until Demon’s Souls hit. And I didn’t just get to experience the unique strengths of that game, but all the other advances that had happened in the meantime. It was my first real Havok game, having missed out on Half Life 2. It was the first game I played online from a console, and it behaved nothing like PC multiplayer. It had some of the first motion blur and other visual effects that I really appreciated. Even the lock-on… Read more »

[quote=Brad Gallaway]
As for PS4, it’s not confirmed that it’ll play used games. There’s still a lot of uncertainty about how used games will fit into the PS4 picture, IF at all. [/quote]

Just to clarify things, the details of the official Steambox have not been announced.

The “piston” is using similar specs, but is not endorsed by Valve and is not the box that they’ll be promoting. There’s NO WAY Valve will put out their box at $1000, and you can rest assured of that.

As for PS4, it’s not confirmed that it’ll play used games. There’s still a lot of uncertainty about how used games will fit into the PS4 picture, IF at all.

Steam box just announced at 1000$, PS4 rumored at 400, will play used games wich mean you can get your games just as cheap as on Steam = win for Sony If Deep down is the spiritual successor to dragon’s dogma and is console exclusive for instance, or if MH4 is console exclusive, I don’t see how you can be not excited.

I know that PC is a good investment, especially here in India, but trust me, I can’t afford a PS3 or Xbox 360, but I go to my friend’s house EXCLUSIVELY to play MGS games. So, that’s one department where the PS wins. Exclusives. Else, PC wins hands down in any other department. And anyway Watch Dogs is releasing on PC, and it seems GTA V will do so too, and we don’t need any consoles. 🙂

Hi Brad and thanks for your response and clarification. However, with the steambox business model, there is no way valve can lose money or scale production in a way to reach a price that is even comparable to next gen consoles. 1000$ seems reasonnable, maybe 800 if they cut back on some stuff. Also, I’ll bet my left nut no next gen console will ban used games, especially not sony. This would be a suicidal move and it’s not in the ineterrest of manufacturers. The theory is that Sony is trying to trick Microsoft into doing it by staying silent,… Read more »

I made a list of my backlog a while back, and I think I have about nine months worth, possibly a little more. But I wish it was two years. I’ve been stung enough times at launches to know that it is best to wait, and I think the ideal time to jump next time will be the end of 2014 or early 2015 (and not the end of this year). That’s not just because of the derivative “higher res but more of the same” software you get in the early days of a new console; but because of hardware… Read more »

I’m with you, Brad. I too, see no reason to be a first adopter of the new gen consoles. I have a backlog of games to finish on the existing gen and besides, based on the history of hardware failure, it would be folly to buy this new gen before they have been market tested. The only thing that could speed up my buying decisions would be a compelling game to play, and so far, I haven’t seen any.

[quote=Chi Kong Lui][quote=Alv]Unexcited by the next gen? Unimpressed by big budget graphics? Bored of the formulaic FPS? Hoping for a refocus on innovative gameplay? Considering going PC? Join the crowd Brad![/quote] I’m curious as to where all the innovation is taking place on the PC? [/quote] You’re reading it too literally. Its just a general metaphorical reaction to the staid (others would say ‘mature’) state of the gaming industry in general, and for me, a nostalgic yearning for a return to the days when the industry was innovating at every turn. The days when, ‘coincidentally’ I had still not betrayed… Read more »

[quote=Alv]Unexcited by the next gen? Unimpressed by big budget graphics? Bored of the formulaic FPS? Hoping for a refocus on innovative gameplay? Considering going PC?

Join the crowd Brad![/quote] I’m curious as to where all the innovation is taking place on the PC?

Unexcited by the next gen? Unimpressed by big budget graphics? Bored of the formulaic FPS? Hoping for a refocus on innovative gameplay? Considering going PC?

Everyone is talking about new IPs, even when there’s little news about new IPs by now. But right after talking about new IPs, everyone talks about Mass Effect 4, Fallout 4, Infamous 3, Killzone 3 (or is it 4?). If development costs rise with every new generation, probably developers will stay in the safe zone, with IPs that sell and not trying to do risky stuff. PS3 updates too frequently, but I don’t know why would the PS4 update less frequently. We can hope that it will need less updates, or at least have faster updates. Marcel Proust wrote “Let… Read more »

Very interesting article. For this coming console generation, I’m expecting to jump on board with the PS4, and that’s it. I’ll stick with consoles mainly because I really like Japanese games, and those are almost never released on PC. Only having a high-end PC for the next generation would mean missing out on new games from Platinum, Kojima Productions, Yakuza Studios, From Software, Team Ico, Namco Bandai, Level 5, Tri-Ace, etc. The PS4 has been confirmed to not block used games or require an always online connection, so that’s not a concern. I’ve liked this generation, but I’m ready for… Read more »

I understand your doubt about the new systems, but “next-gen” pretty much means “refresh” when it comes to developers. It pretty much means shaking off the cobwebs and getting a little out of your comfort zone from the past generation and try some new things and introduce new IP. I think that is really why we should be excited.