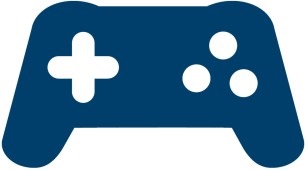 We at Gamecritics.com are supporters of accessibility in gaming. We love to play videogames, and we think everyone else should be able to enjoy that love too, no matter what their situation might be.

In order to give helpful information to those who might need it, we've been posting addendums to our reviews for several years — we started with content guidance for parents, but we soon began including audio information for those with hearing impairments. If a player needs audio cues to be successful, we felt that was something that someone should be aware of before putting their hard-earned money down.

Recently, it was brought to our attention that the option to re-map controls (or the lack of that option) would be of great interest to gamers that require alternate configurations or special setups. It took us about two seconds to see the value in this, and we will now be adding this info to all of our reviews.

Along the same lines, we've been seeing a number of developers include ‘colorblind' modes as a way of making their work playable to that segment of the audience. We decided to not wait for someone to make the request, so we're also adding this to our reviews, too.

Starting today, February 16, 2016, every review that runs at Gamecritics from this point forward will feature:

We believe in and support accessibility and diversity in gaming, and we hope that these additions to our coverage will benefit players of all kinds.

Thank you for supporting Gamecritics.com!

Much appreciated! I am colorblind and my wife can’t use a two handed control scheme so this kind of information is useful when considering games!