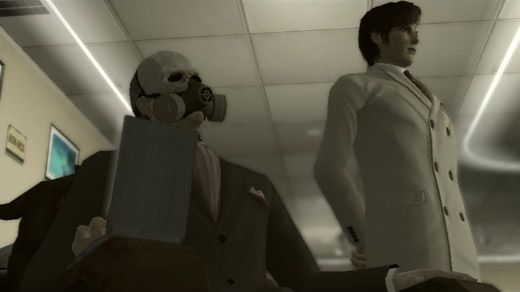 I just finished Deadly Premonition about a few hours ago, and I have to say that it was one of the most interesting and satisfying experiences I've had all year.

I've decided to start working on a Second Opinion, and while I won't spoil the verdict here, It's pretty safe to assume that my final breakdown will be quite positive and score much higher than what my esteemed colleague gave it.

While most of the knocks against the game in reference to the production values and controls and so forth are totally valid, I really think that most of the people reviewing the game just didn't "get" the story, or were the type of player who puts gameplay before all else.

Don't get me wrong—gameplay is certainly vitally important, but it's not the only thing that carries weight in my mind. I think video games are the perfect medium to host all sorts of different experiences, and there's plenty of room for titles which focus more on delivering mood, atmosphere, or character work than combat systems or some ungodly number of highly-polished polygons.

Deadly Premonition is most definitely not going to be a game for everyone (much like a Lynch film is not for all viewers) but I think those players who are tolerant of low-rent production and can appreciate the value of fantastic characters and interesting stories will see what others miss.