The last few days have been absolute hell on my productivity. Fallout 3 was just released, and pretty much everything else going on has been put on indefinite hold while I make my way through the irradiated wastelands. 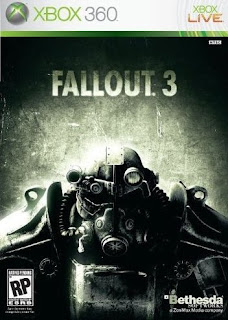 To be brutally honest, the game didn't make a strong first impression with me once I actually had the disc. I wasn't the biggest fan of Bethesda's Oblivion, and the first day or so spent in post-apocalyptic D.C. is guaranteed to seem like nothing so much as Oblivion with guns. 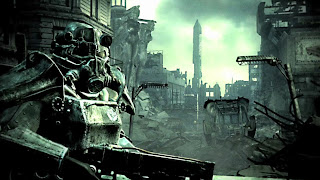 Bethesda has some really talented people in their corner, but it's funny how they just don't seem able to shake certain quirks like the ugly character models situated on the wrong side of the Uncanny Valley, and the completely craptastic "canned walking animation floating over landscape" so common to PC titles. Stuff like this muted the praises I expected to be singing, but once I got a little further into it I have to admit that I became completely hooked.

At this point I think I'm somewhere in the 18-20 hour range and I'm completely convinced that Fallout 3 is superior to Oblivion in just about every respect.

The realization of the world is believable and convincing, and I find it far more satisfying to stray off the beaten path for the sake of exploration that I ever did in Cyrodiil. The feeling of "being there" is so prevalent in some parts that it's hard not to poke around in this ruined house, or that abandoned church. 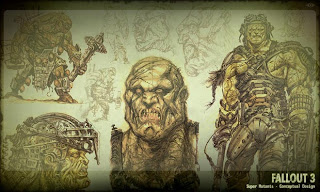 Avoid these guys until you're packing serious heat

The central storyline is interesting enough, and the side quests even more so at times. I'm usually the kind of player who burns through the critical path as quickly as possible, but this is an instance where I'm quite happy to spend a little (or a lot) of time doing things completely nonessential to completion. Digging into a game this deeply is quite rare for me, so kudos to Bethesda for what they've done here. 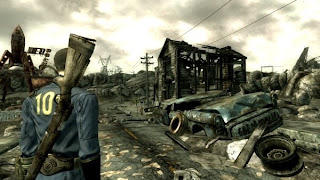 no need to knock

I'm sure I'll have more to say later, but at this point it's pretty clear that Fallout 3 is easily one of the year's best games. It's not perfect and I wouldn't even say that it's as close to perfect as a game can realistically come, but titles like this are rare. If you haven't taken the plunge yet, it definitely gets my recommendation… just make sure you don't have anything that needs to get done before you start playing.