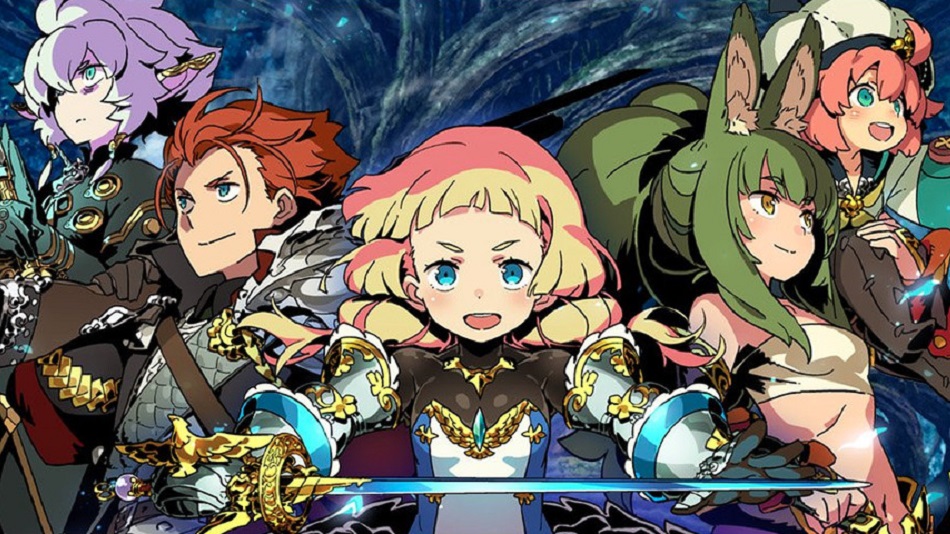 HIGH The Pugilist and Necromancer are great classes.

LOW Feels like more of a grind than ever without…

WTF …A piece of add-on content that boosts EXP? Ugh…

As a longtime fan, I’ve played every game in the Etrian Odyssey series, and I do mean all of ‘em. I keep coming back because I’ve always been impressed with how smartly the developers have been able to iterate – the latest one is always better than the one before, and after the fantastic EO4: Legends of the Titan, I genuinely wondered how they were going to top themselves.

The answer is… They couldn’t?

While the Etrian games are still (and have always been) at the absolute top of the dungeon crawler genre, I was puzzled and disappointed to see that Beyond The Myth feels largely like an unwarranted back-to-basics. It’s still polished and still mechanically excellent, but it seems to have been designed without a real hook and the experience is lesser for it.

First things first — for those unfamiliar with the series, Etrian is a first-person dungeon crawler native to Nintendo’s 3DS. On the top screen, players navigate a series of labyrinths and battle colorful, well-animated monsters. On the bottom screen is the map – it’s what this series is probably most famous for. 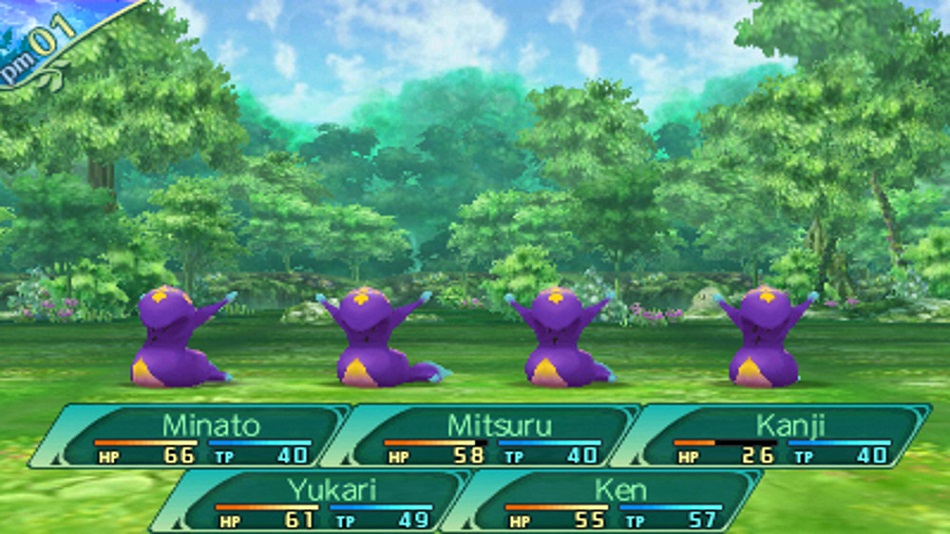 During a dungeon run, players must ‘draw’ the hallways, rooms and features of each level with the stylus and a series of premade icons that can be placed as needed. The devs have made this less labor-intensive over the years and some auto-mapping is available, but this DIY element is still the heart of the series. While it may seem like a tedious thing to ask a player to do, I’ve always found this exercise in cartography to be a purely enjoyable, relaxing diversion that helps break up the frequency of combat.

Now, about the combat. The turn-based encounters are all about developing intricate character classes which work well with their teammates and ultimately create a unified group that builds off of each one’s strengths. Etrian V offers a wide variety of classes, and the player is free to choose whatever they wish. Want to bravely quest with five healers? Nothing stopping it. However, I’ve found that the best approach is to have as many bases covered as possible.

In my favorite composition, my Dragoon would keep a shield up to protect the front row while my Masurao (think samurai) and Pugilist would be dispensing the hurt. At the same time, my Necromancer was busy raising and resurrecting meat shields while the Botanist would poison foes when she wasn’t patching up wounds. There are tons of combinations and each character class can be spec’d out in different ways, so for people who like to dig into systems and customize characters, Etrian V is top class.

While all of this sounds great — and it is – this is all stuff that the series has had nailed down for years and delivered many, many times before. Additionally, the characters and setting are franchise boilerplate, with no surprises. I grant that story’s never been a focus for Etrian, but this feels like it’s on autopilot. Also gone are neat features like sailing the seas or exploring a vast overworld in an airship. Past games usually had at least one or two features that made it stand apart from the rest, but Beyond The Myth here feels like the devs skipped the brainstorming phase and went with the safest, most predictable product possible. 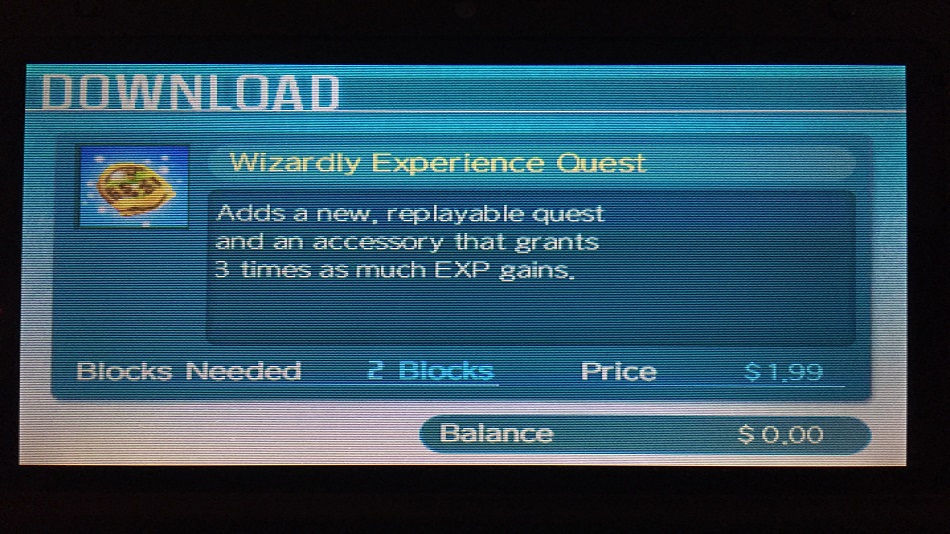 However, the thing that was even more bothersome than a lack of innovation is that the speed at which characters earn experience feels glacially slow. Etrian has always been a bit of a grind and on the difficult side, but this is the first time that I felt like my characters were simply failing to thrive.

Historically, when starting an Etrian, every character begins at level one and has no real skills to speak of. The devs usually grant three points which can be put into different categories, but it still takes a while before characters come into their own. Essentially, don’t expect a team to be able to do much (or survive long) until they’ve cut their teeth. I expected this going in, but after nearly ten hours of grind, I still felt like my characters were ineffective and not in any kind of competent fighting shape. I wasn’t too concerned about it and chalked it up to a general increase in difficulty until I found out about the DLC.

For two dollars, the players can download an item which gives triple experience to a character, and another item that guarantees rare drops. Considering how long it took me to make the progress that I did, knowing that there were accelerants like this for purchase left a bad taste in my mouth, and cooled me off of playing altogether. I can’t say for certain that the developers intentionally slowed down progression for the sake of a couple extra bucks, but it’s pretty hard not to see it that way.

While I still enjoy Etrian Odyssey in general and would recommend the series as a top-shelf dungeon crawler, I find it difficult to recommend Beyond The Myth to anyone who hasn’t already gone through the other games first.  Between the watching-paint-dry speed of character growth and the lack of innovation in its overall design, this one feels like it’s going through the motions with no inspiration behind it. I fully admit that the Etrian team has continuously set higher and higher bars for themselves over the years and they’re still in a class of their own, but this feels like they’re just coasting. With so many fantastic games already under their belts, there’s little reason to play this one. Rating: 6.5 out of 10

Disclosures: This game is developed and published by Atlus. It is currently available on 3DS. This copy of the game was obtained via publisher and reviewed on the 3DS. Approximately 25 hours of play were devoted to the single-player mode, and the game was not completed. There are no multiplayer modes.

Parents: According to the ESRB, this game is rated T and contains Fantasy Violence, Language and Suggestive Themes. The official description reads: This is a role-playing game in which players lead a group of adventurers on a quest to climb a mythical tree. As players explore labyrinthine dungeons, they engage in turn-based combat against fantastical creatures (e.g., lizard men, hellhounds, giant insects). Players select weapon attacks and magic spells (e.g., fire blasts, poison bombs, lightning strikes) from a menu-screen to kill enemy creatures. Battles are accompanied by slashing/impact sounds, bursts of light, and large explosions. Several characters and female creatures wear revealing outfits that expose large amounts of cleavage. The word “sh*t” is heard in the dialogue.

Deaf & Hard of Hearing Gamers: All dialogue is subtitled and there are no significant auditory cues. It’s fully accessible.

Remappable Controls: The camera axes can be swapped but otherwise this game’s controls are not remappable.