So DeathSpank is out. I saw it at the Penny Arcade Expo (PAX) last year and I couldn't see what all the excitement was about, but I was willing to give it the benefit of the doubt. Time went by, and I never saw anything that really caught my attention. Didn't see much on it at all, really. Then, all of a sudden, it's available for download and everyone in my Twitter feed is talking about it.

I tried the demo earlier this evening, and to be perfectly honest, I still don't see what the big deal is. I'm not trying to bash it or anything, but I sat there and felt… absolutely nothing. No laughs, no interest, no nothing. Going to take a pass on this one, that's for sure.

Buy Two Get One Free is going on at GameStop this weekend. Stop in, if you're so inclined.

Random thought: this is the first year since I started doing reviews that I feel as though there's not enough time left in the year to get to everything that I should play. Of course, there's never enough time to play everything, but I've rarely had a problem squeezing in all of the "important" or interesting titles before. That's different this year.

Not only are there a ton of console games coming out, the indie scene is booming and I have to take portables into account, too. It's hard simply keeping track of what's been released, let alone actually getting copies and physically sitting down to play. It's only July, but my backlog has already doubled and with no end in sight for new releases, it's just not realistic to think that I'll be able to have as complete a view of 2010 as I would have liked.

It's a little depressing, really.

PAX is coming up soon. Complete info can be found here, but by the time you read this, it's pretty likely that all of the tickets and passes will be gone if you haven't already bought yours. It's always a great show, and I'm definitely looking forward to attending this year. The actual dates of the show are 9/3 – 9/5, and I've been talking to a few people about doing a Tweetup of some sort.

For those that don't know, a Tweetup is when people who know each other via Twitter actually get together in person to shake hands, say hi, have a cup of coffee, and so on and so forth. Nothing’s been set in stone yet, but if you're going to be in the area and have an interest in meeting local game folk, let me know.

Just finished up my review of Naughty Bear. I doubt it will come as a surprise to anyone that my final opinion will be less than favorable, but this game was particularly loathsome to me. I won't spoil anything now, but look for the review soon. 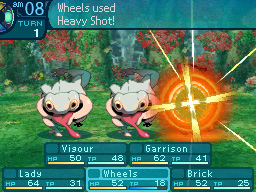 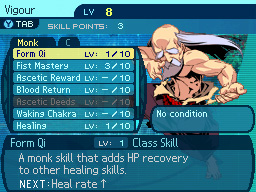 On the complete opposite side of the fun spectrum, I've been putting some time into Etrian Odyssey III: The Drowned City for the Nintendo DS, and it's a cracking good title. If you're not familiar with the series, read my Etrian Odyssey II review. That's a pretty damned positive review if you ask me, and as of right now, Etrian Odyssey III tops it in every way.

Although it's not a complete re-envisioning of the series, there have been tons of tweaks and improvements to the formula (so far) all for the better. I've been really impressed with the new classes, especially. While there are some returning types, the really interesting ones are the brand-new Farmer and Prince. Both fulfill multiple functions and really give the player huge boosts, especially in the early game—and since I'm still in the early game, this works out quite nicely for me.

The Farmer increases the amount of experience players earn, as well as providing a much-needed financial boost by being able to collect rare items to sell and find a much larger number of items in general. This class also contains one of the most useful skills in the entire game, the ability to instantly return to the town from the depths of the labyrinth. Super-mega-ultra-useful.

The Prince is unbelievable at keeping the party healthy. After a bit of leveling, this class is able to award health points at the end of each turn, at the end of battle, and with every step between fights. In a game as deadly as this one, it's not hard to see the value in this kind of ability. The Prince possesses other similar abilities as well, which I'm still exploring.

For players like (me) who've been through the last two games, having characters like these is basically a dream come true. If you’ve never tried an Etrian Odyssey game, 3 is a perfect place to jump in. It comes very highly recommended if you're the kind of player who likes this sort of RPG, and if you pre-order the game there's a sweet art book that comes along with it. I'm not trying to sound like a shill here, but the first two games are basically impossible to find these days and if you're reading my blog, then you must be a generally cool person—I'd hate to see you miss out.

Interesting. Given your lack of enthusiasm for cheerful action RPGs like Deathspank and Borderlands I was somewhat surprised by this whole-hearted endorsement of the Etrian Odyssey series. Not that there’s an obvious contradiction here, mind you – for one thing, Atlus’ popular Wizardry clone undoubtedly has a more sophisticated, intellectually stimulating and even tactical combat system – but I would perhaps have thought that the fairly repetitive gameplay and relative lack of narrative drive would not appeal to someone who couldn’t care less about such otherwise blatantly endearing titles as the aforementioned action RPGs. While I’m personally moderately interested in… Read more »

Feel the same way with Deathspank. I was playing the demo earlier today and was so bored with it that I didn’t even finish the demo and deleted it from the harddrive.

It just didn’t spark any emotion from me. Very, very average.