It's deeply, deeply unfortunate that Eden released the flawed 360 version first, because Inferno is completely brilliant.

Without meaning to sound intentionally hyperbolic, I can certainly say that it's been the best experience I've had on the PS3, bar none. The development team and director were thinking so far ahead and so far outside the box that I've basically been totally impressed with everything I've seen. 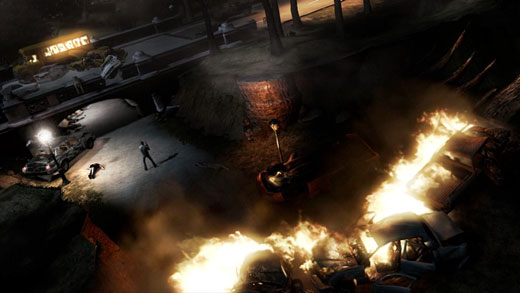 It's dynamically cinematic. The set pieces are fantastic, pacing has been great, and the overall tone and setting are extremely cohesive. In a nutshell, Lucifer’s going to make his grand entrance in Central Park and everyone else is along for the ride. Honestly, Metal Gear Solid 4 could take quite a few cues from what's going on here.

The physics dominate. Within aspect of the game, the developers have implemented a physics engine. While most games using physics employ them to a limited degree, Eden has created a world where everything fits and works together, especially with regard to the puzzles and challenges that main character Edward Carnby must overcome. Rope, electricity, fire… all these things are included in a way that's so straightforward and natural, you'll be surprised no one has really attempted it before.

The design is unique. From the main character’s inventory (pockets inside his jacket), to the combination and manipulation of items, to the extremely bold DVD-style chapter system that allows players to rewind or fast-forward to any segment of the game, it's pretty easy to see that Eden was not afraid to try something that wasn't common-consensus game design. 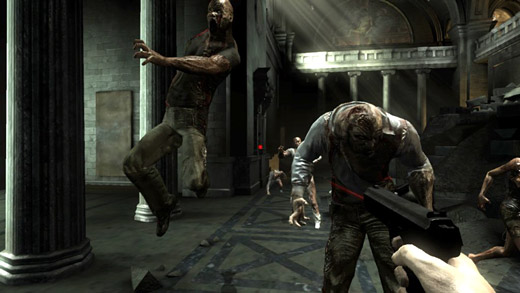 Although I haven't finished the game yet (in the home stretch right now) Alone in the Dark: Inferno is easily one of the most impressive experiences I've had this generation, and is certainly a title that deserves to be studied by anyone interested in game design or games criticism. It's not a perfect project by any means, but its bumps and rough edges are absolutely forgivable in comparison to how much it gets unequivocally right.

Original, visionary, and with an exceptionally unified approach towards creating the game's world from the ground-up, I'd strongly recommend Inferno to anyone with a PS3 and a desire to partake of something that breaks out on its own and succeeds where it counts.

I had the exact opposite reaction to this game. When I began the game, I had the exact same reaction as you did to it Brad. As I continued to play though, the game lost its luster for me. I loved the first part of thats for sure. I think, its when the game opened up and put you in Central Park, is when I finally decided I couldn’t take anymore. I agree that the game did try a lot of innovative ideas. But, I never felt like they implemented them all that well. The healing body parts was a… Read more »