If you're a Doctor Who fan, then you may find the recent GameCritics podcast to be of interest. We put aside discussion of videogames for an episode and spend the duration talking about everyone's favorite TARDIS traveler, post-reboot.

Regular cast members Tim and myself are joined by special guests Kimberly Unger of Bushi-Go and Big Red Potion's Sinan Kubba. Won't you join us?

With two reviews (Dragon Age II, De Blob 2) about to start soon, it would be pretty silly to begin anything substantial, so I've been plinking away at Monster Hunter Freedom Unite and slowly working my way towards G-rank—the highest-difficulty quests in the game. It's slow going since I don't have anyone to go on a hunt with at the moment, but progress is being made. 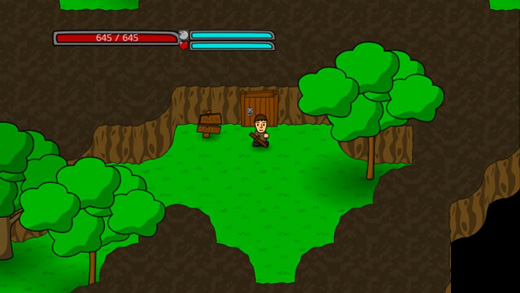 Otherwise, I've been looking at some of the XBLI demos sitting on my hard drive. At last count, I've got something like three hundred that need my attention, so this is going to be a bit of a process.

The first one I checked out was Wizard's Keep, put out by the folks that created Miner Dig Deep. It's basically a dungeon-crawler with very primitive graphics and a simple level-up system. I put a few hours into it hoping that it would blossom, but no dice. It was as straightforward as it initially appeared to be. I might not have minded shooting through the game just to say that I did, but the combat was too frequent and too annoying to put up with.

The next that caught my attention was Soul. I only put a few minutes into it, but I really liked what I saw and bought it on the spot. Essentially, the player is a soul represented as a glowing ball of energy. The object is to navigate the soul through various obstacles without touching anything, but this is made complicated by enemies that pop out of nowhere and levels that are tricky to traverse. There's also a very strong Horror vibe running through it thanks to the high-quality artwork and some creepy touches like unexpected jump-scares.

I'll be putting some more time into this one, for sure.