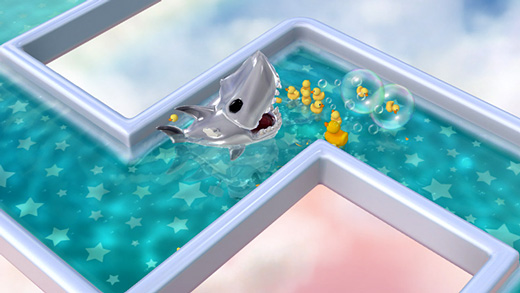 So, it's no secret that I'm not exactly the biggest fan of moving towards a download-only, no-physical-copy future. There are a billion reasons for that, but one of the main ones is that I'm not very keen on trusting some corporation to be honest and honor the "purchases" I've made.

Call me paranoid if you like, but I have yet to see the corporation who genuinely has their consumers' interest at heart. It's not like my fears are completely unfounded, either. I had a lot of difficulty getting access to some of the Xbox Live Arcade games I purchased when my original 360 unit RROD'd, and now I'm having an issue with Sony…

Early yesterday, I was going through my purchase history on the PSN store. I recently got a brand-new PS3 and traded in my old model, so I was looking to re-download some of the games I had on the other machine. Everything looked fine at first, but I was keen on getting Super Rub-A-Dub installed again because it's a family-friendly one I planned to play with my son.

I went into the PSN store to make sure that the game was still offered for sale, and it was. 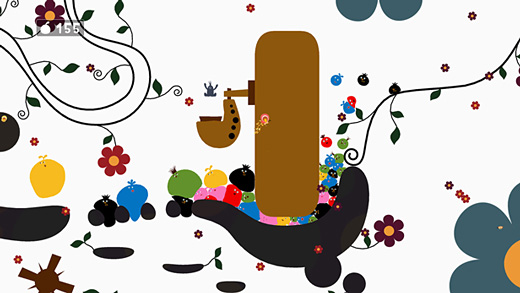 Being the detail-oriented, obsessive-compulsive list maker that I am, I then crosschecked the list of games that I know I bought and compared it with everything that was listed in my online PSN purchase history. For the most part it all matched up, but there were two omissions—Super Rub-A-Dub and Locoroco Cocoreccho.

Now, I realize that both of these games are low-key, older offerings, but that's not the point. The point is that I paid real money to "own" these, and through no fault of my own, Sony somehow forgot that I bought them and now I no longer have access. It doesn't matter that each one costs only a few dollars, what matters is that I paid, and that as a consumer, I expect that purchase to be honored.

(And really, if it can happen with small games like these, what's to stop it from happening from a $20, $30 or even higher-value "purchase"?)

I sent an e-mail into Sony customer service earlier today asking for a resolution to this issue, and I am quite curious as to what the response will be… However, regardless of what their answer is, I can't help but think that this problem wouldn't even exist if I had a disc on my shelf instead of relying on an ephemeral e-system outside of my control to grant me access to things I've "bought" with my hard-earned real-world money.

… at some point we will see a legal case coming up against the industry about software ownership. This whole software a service is more like software as a scam.

I have no doubt they purposely did this to get people to rebuy it. There’s no excuse really.

Just a thought, were you looking at your “download” list in the actual store or were you looking at your “transaction history” in the account management of the XMB? If you can remember the rough date of purchase you can look up the price you paid and product and see if these games appear there. Unfortunately it also has everything you have downloaded on there (even the free stuff, demos etc…) so it could take a while. I still have an issue with my 360 and games I downloaded years ago on a system that RROD’d, downloaded them on my… Read more »

Sorry to hear about this, Brad. I hope Sony do the decent thing and honour the games you have bought, but as you say, no company genuinely has their customer’s interests at heart, certainly not down to each and every individual. Let us know how they reply!

Couldn’t agree more Brad. I think many people fail to realize that at some point down the road (probably the release of the “next-gen”) XboxLive will be gone in its current form. If I have to replace my 360 for whatever reason, all the purchases I’ve made, as well as any patches I need, are likely gone forever. I highly doubt MS (or Sony) will magnanimously re-supply me with products I paid real money for. There are some great games available on Live, and I don’t want to miss out, but every purchase I make I do so grudgingly because… Read more »