I just finished Denpa Men on 3DS, if you count rolling credits as finishing. (I do.)

@TheGayGamer has advised me that the true last boss is lurking at the end of a post-credits dungeon, and I enjoyed the game enough to want to keep pushing forward. I may not play as intensely as I have over the past week, but I'll definitely keep putting in some time here and there.

At this point, though, I need to actually drive around town and locate some new WiFi signals. In Denpa, characters are recruited by having the 3DS pick up ambient signals. The unit doesn't have to actually connect to a network, it just has to determine that signals are present. Once it finds some, it generates a series of characters that the player can catch and add to their team.

For whatever reason, I've found a large number of certain types, and none of some others… I'm at the point in the game where I really, really want to have a character who can heal everyone in the party at the same time, and I just haven't located one. Thankfully, I was gifted one via the game's QR code function, but for characters earned in this way, if they die they're erased from the 3DS.

The hunt continues for a legit found-it-myself all-healer.

Other games occupying my time currently?

I'm still working on the review for Skulls of the Shogun. It's a quality production and I'm enjoying it quite a bit, but the difficulty is a little higher than I expected. I thought I'd be able to blow through it in a couple of days, but I've had to replay a few key battles. Love it, though. 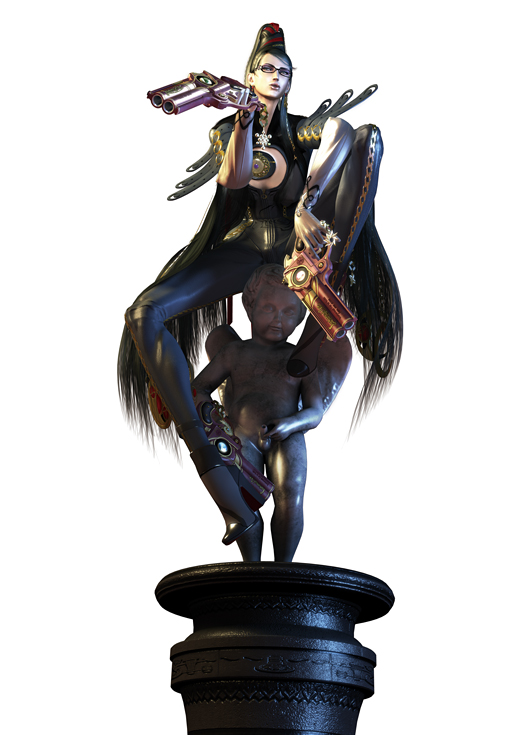 Apart from that, I'm trying to make a serious effort towards trimming down my backlog this year, so I decided to give Bayonetta one more shot. I've started and quit the game twice before, but it comes up in conversation so often and in such positive terms that I'd feel like I wasn't doing my critical due diligence unless I gave it a least one more try.

I just barely started tonight, and I'm not too far… only made it to level five, and I'm still just going over the same areas I've already seen in the past. It's funny, but just a few minutes in, I quickly remembered why I disliked it—I find the action hard to follow visually, and I'm not a big fan of the dial-a-combo structure at the heart of the combat. I much prefer chaining moves together based on how they relate to each other than trying to remember the difference between YYYYB, YYYY (pause) B and YYYYYB.

Apart from the combat, the cutscenes are still as garbage as I remember. A whole lot of talk with little significance, and some really irritating characters. And those pop-up QTEs that result in instant-death? Ugh.

Also, I realize I'm still at the very beginning of the game, but I'm (again) a little surprised that I didn't hear from critics about how much of the structure seems lifted straight out of Devil May Cry, and I'm also quite confused about how Bayonetta is generally seen as girl-positive in critical circles. I plan on doing a little reading up on this in the near future, but I'm having a tough time squaring what I heard and what I'm seeing.

In any event, I'm pushing forward and I'm going to try my best polish it off this time around. After all, they do say that the third time is the charm.

I'll be the first to say that the whole Dead Island: Riptide statue fiasco in the UK was an error of colossal proportions, but that aside, I'm still looking forward to the game itself. I had a great time with the first title, and I'm not going to let a bone-headed PR stunt ruin the work of everybody at Techland before it's even done. (Speaking of which, I would love to hear comments from the studio themselves about how this whole thing played out.)

Anyway, if you haven't seen it already, here's about ten minutes of pre-alpha gameplay footage.

Last, but not least, Capcom listened to the fans and is now offering a special-order Monster Hunter 3 Ultimate case for the 3DS XL in addition to the standard 3DS.

Last I checked, they were still taking votes on which color was the most popular… head on over to cast your vote before 1Pm on 1/28 and then place an order once things are decided!

Not to sound preachy, but there is a long history of “girl-positive” characters that seem to veer into the exploitative lane. Betty Boop, Tomb Raider, Power Girl, Jessica Rabbitt and even Elvira. To look at them, they are the personification of female exploitation, but women have embraced–admittedly more Betty than Elvira–but go to a cosplay event and you’ll see plenty of these ladies as well as other oversexualized female characters on display. Are these women being taken by some male fantasy or is there something else there that men can not see?