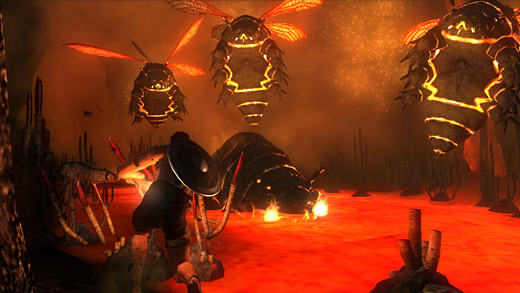 Despite my best efforts to the contrary, the blog schedule slipped a day again. Had all my notes ready and everything last night, and then the phone rings with a late-night situation that needed attending to.

Even worse, I got home so late that I was only able to squeeze in about three hours of sleep before I had to get going the next morning. If you follow me on Twitter, you may have seen a message this morning about it being one of those days where an extra-tall cup of coffee is called for, and blue looking a lot like black when you're dressing (and only half awake) in the dark… suffice it to say, I am most definitely looking forward to the weekend.

The impending October 6 launch date of Demon’s Souls is nearly upon us, but the good people at Atlus sent along a message that they wanted me to share—As a heads-up to everyone who intends to purchase the game, if you somehow manage to secure a copy before the official release, be aware that the US servers WILL NOT BE ACTIVE until October 6.

It seems fairly common for certain brick-and-mortar stores to get a jump on their competitors by breaking street dates, but in the case of Demon’s Souls, there's really no purpose to getting a copy before everyone else. In addition to having other real-life players join your game (as blue or black phantoms) the servers are required to take advantage of the "blood stain" replays that show you where other real players have died, as well as the message system which allows players to etch helpful hints and bits of information for others in the same level.

All of these features are dynamic and innovative, and actually add a great deal of substance to the play experience. Single player without them is possible, but trust me, the game is substantially enriched by connecting to the server even if you're not a fan of multi. Bottom line: if you're interested in this game, just be patient and wait until the launch date so you can connect to the servers. It's worth it. 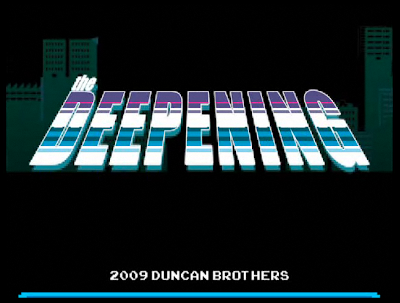 The good folks over at Atom sent along a link to a short interactive film called The Deepening.

It's live action featuring a hardened force veteran teaming up with a brand-new rookie. The two of them take on some terrorists who have captured hostages, but the hook here is that the viewer gets to make several choices throughout the film. Basically a visual version of the old Choose Your Own Adventure books, it's got a few pretty good laughs. Two words of warning: first, it’s definitely NSFW. Second, don't choose the teddy bear.