I had a comment and/or question regarding my use of the phrase "rooted in the last generation" and what exactly that meant.

To be honest, I think it's a little bit lazy of me to use that phrase often because it's shorthand for a couple different things. I apologize for my lack of specificity, and no, that's not sarcasm. = ) 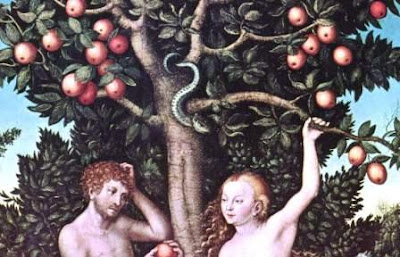 I suppose in general what I mean by that is to say that certain games pick the low-hanging fruit of the current generation and then stop in terms of their design. For example, I've played several games recently where the graphics are taking advantage of console X's horsepower, but completely ignore things like realistic physics, adding objects to interact with, having realistic architecture, and so on. It's not that these games are necessarily bad because they aren't, but it's pretty clear that they're not reaching to fully take advantage of what the current generation offers.

A perfect example of this is Folklore, a game which I actually have great affection for. It looks fantastic for the most part, the level of detail at certain times is amazing, and the level of atmosphere is almost palpable. However, its design is "rooted in the last generation" (or perhaps even the one before the last) by having levels which offer effectively no interaction and a core design which consists of:

A> questioning townsfolk in ultra old-school "talking heads" fashion and B> capturing monsters.

That's really it, and this game could have existed on the PS2 and probably even on the PS1, though it would have been looking like a goat's dirty bits on that hardware.

With Folklore (and really, a lot of games these days) it's pretty clear that the people designing the game aren't starting from a current-gen perspective and they're trying to justify a $60 price point by making things look oh-so-pretty.

Again, I don't mean this to come off completely negative because I think certain aspects of older design are just fine, and I still enjoy playing games on older systems. I don't mean to sound like we need to burn our heritage and keep our eyes focused only on the future, but at the same time there are many new factors to take into account when designing a game and if we're going to avoid stagnation in the industry and if people selling the games really want to justify the higher price consumers are paying, games are going to have to start in a more advanced, current-gen place (i.e.- online, the role of downloading, multiplayer, physics, customization, more sophisticated storytelling, more sophisticated interaction, and so on and so on and so on.)

Does Folklore start in a current-gen place? Absolutely not. In terms of sophistication, it's actually pretty crude. Do I still like it? Without a doubt. Still, I'm not one to advocate for laziness in game design and in general, I think the bar does need to keep being raised.

I hope that answers your question, Anonymous… I'm a little sleepy at the moment so I'm not sure that entirely made sense, so let me know if more clarification is needed.

Well i guess the issue is, how do you insert new gameplay mechanics without it coming of as “gimmicky”. Six axis is a prime example of the idea of a “next gen” gameplay concept gone wrong. I guess the a lot of people would say the Wii’s success is based on it being a new way to play games. However, the games themselves could easily have been made on the gamecube. I think that graphically, a threshold was crossed with what is called the “last generation”. Brad’s right, what they call “next gen” is just ps2 and xbox games that… Read more »

i actually have to agree with you somewhat here, Brad. sometimes (too often) when i’m playing a ‘next-gen’ game, i can’t shake the feeling i’m playing a ‘last gen’ game, just with better graphics. Grand Theft Auto IV is the prime example of this, i think. i honestly remember some of the missions in GTAIV seemed ripped right out of GTAIII. such as having to drive the dump truck rigged with explosives and having to park it and set the bomb off. i remember that doing that in GTAIII as well. like you, i don’t really mean this as an… Read more »