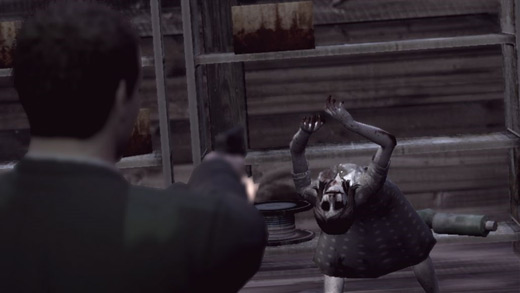 Started the infamous Deadly Premonition a few days ago. I'm still really early, probably somewhere in the five-hour ballpark, but I'm definitely far enough along to say that I think most of the critics who passed judgment on it really didn't get it.

I'm not going to go into too much detail at this point since there is still a lot to see and I definitely want to compare notes with people on a few things, but I will recommend that anyone with even a passing curiosity in the title read my fellow critic Dan Weissenberger's epic take on it. Read his opinion on the game and know that I basically say "ditto" to just about all of his conclusions.

I will absolutely be talking more about this game in the future, but for right now I do know that I am enjoying it a great deal, I find it quite utterly fascinating in several regards, and I would highly recommend anyone with an interest in alternative titles or unconventional game design pick up a copy immediately. At $20 brand-new, I daresay it will be a much better value for people interested in exploring the fringe than just about anything else on shelves this year.

While I don't usually use the blog as a straight-up PR tool, I'm going to bend that rule tonight for two reasons: the first is that I'm frickin' tired and it's easier to cut and paste a link than it is to come up with effervescent material off the cuff. The second is that I'm actually genuinely excited for both of the following titles, and I've got a feeling that each one is going to need every bit of coverage they can possibly get.

Trailer A: Battle vs. Chess. I talked about this title in my PAX 2010 coverage, but in case you missed it, this game is basically classic chess at its core. However, there are a number of tweaks that make it much more interesting than the standard video chess game.

For example, there is a modes that lets players have pieces fight in real time to defend their squares. There's also a mode that sets the pieces up on the board randomly, and the campaign mode is made up of chess puzzles taken from real-life matches between expert players. I have a great affection for chess even though I completely suck at it, so the unique video game spin on this timeless formula is looking pretty damn irresistible to me right now.

Trailer B: Section 8: Prejudice. If you were one of the many players who missed out on Section 8 the first time, then you really missed out. Although it wasn't perfect, this first-person sci-fi shooter had some great ideas and was a hell of a lot of fun to play. The ability to employ a jet pack during combat opened up a lot of possibilities, and the multiplayer mode was fairly unique. Besides the standard "kill everybody who's not on your team" goal, there were several in-match mini-goals which players could pursue that didn't really have anything to do with directly opposing the other team. Things like capturing AI- generated VIPs, or taking care of timebombs which would appear randomly.

The feeling of being on a busy, active battlefield with tons of things going on at once was a great one, so I'm very curious to see what the developers will have to bring to the table in this recently-announced sequel. (Of course, that's beside the fact that I don't think anyone, myself included, actually expected a sequel.) Very, very interested in this one.

After going through the stuff I brought back from PAX, I realized I had enough to give away. Here's what's on hand:

Pack #1 – A D&D comic from IDW, a Dragon Age inflatable spear, and a 5-button set for Valkyria Chronicles 2.

If you're interested in any of these packs, leave a comment, pick Pack 1, 2, or 3 and tell me what you think the best game of the year is that nobody's been paying attention to. In other words, what's the best underrated game you've played so far in 2010? I will put the name of everybody who enters into a hat, pick a random winner and send this stuff out. If nobody enters, I guess I'll just throw it out…

I know I’ll get dumped on for saying Metro 2033, so heeeeyy, Brad… there’s this little game called Patchwork Heroes. 😉 Okay, yes, both games received favorable reviews, but Patchwork in particular needs about all the plugs it can get. In a year when PSP die-hards most likely (I haven’t seen sales figures, so I can only speculate) flocked to Japanese banner games like MGS: Peace Walker, Persona 3 Portable, and Valkyrie Chronicles 2, some may overlook an absolute gem of a game in Patchwork. And a shout-out to Silent Hill: Shattered Memories, which was by no means a great… Read more »

Yakuza 3 is still one of my favorites of the year. It is a true mature game not just in the violence and sexual themes, but also dealing with family and responsibilities.

Y3 had a ton of content, which made it well worth the $60 price tag at launch.

My underrated game of the year is a little gem on Wiiware called “And Yet it Moves.” You can be forgiven for missing this, given that Wiiware is so loaded with junk that the great stuff is buried and difficult to miss, but you should give it a shot if you have ten bucks to spare. It’s a simple indie platformer in which you can freeze the game at any time to rotate the entire world. This gimmick that the game is built around leads to a lot of creative little puzzles (like trying to get a monkey to hit… Read more »

While I wouldn’t call it a 2010 Game-of-the-Year contender, probably my most surprisingly awesome game of this year would be the criminally underappreciated racing game Split/Second. Normally, I can’t stand racing games. I dabble in Mario Kart every few years (and am usually disappointed), but overall the genre bores me. Split/Second, though, is less of a racing game than it is a 3rd person shooter on wheels. The game’s fast, the action is exciting, the visuals are quite lovely, and the tracks are very well-designed. Probably the best part about the game is that while it is similar to Mario… Read more »