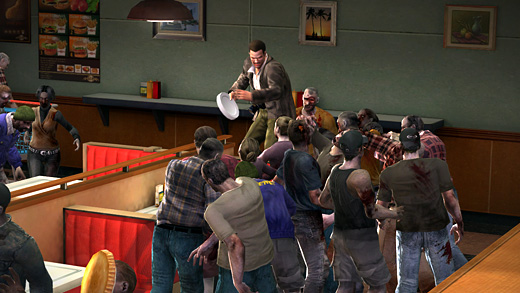 As a little change of pace—and because Dead Rising 2 is the subject of a lot of conversations at the moment—I decided to try and track down someone who's actually earned the infamous "7 Day Survivor" Achievement in the original Dead Rising.

For those of you who don't know, this particular Achievement is commonly seen as one of the most difficult to earn out of all the games available on the 360, and for very good reason. Essentially, a player who hopes to unlock these 50 points (yes, a measly 50 points…) has to devote approximately 14 real-time hours to one continuous game that can be paused, but not saved.

To reiterate, the game cannot be turned off or saved and the player must constantly monitor their progress to avoid death by zombie or Psychopath (the human enemies in the game) else all the hours they've invested are wasted. To make matters worse, the player's character is constantly losing life and the available food items (to restore health) don't respawn—a true war of attrition, indeed.

While this challenge already seems steep, the general consensus from the precious few who have earned it seems to be that the most lethal opponent is perhaps an unexpected one: boredom. Devoting that much time to simply surviving doesn't seem to be the most exciting way to play the game, and Capcom asks quite a lot of the player. If their attention wavers for just a few seconds at a crucial moment, it's all too possible to accidentally forfeit that last bit of life while distracted and get sent back to the title screen. Too bad, so sad.

So, who would be crazy enough to put themselves (and their 360 hardware) through such an ordeal? To protect his privacy, he has asked to simply be referred to as Charles.

Charles, why did you want to do this?

Well I've been a long time fan of Dead Rising and I've been playing it regularly once every few months over a two year period. About a month ago, I got the last of the achievements… or near enough. I only had 5 Day Survivor and 7 Day Survivor left, and I'm a big enough fan of the game that I thought I might as well attempt full completion before Dead Rising 2 released.

Around the end of August I told myself I'd take a short break from the game and that I would come back to it to eventually finish it off. Sure enough, a couple of nights ago I woke up and I just thought to myself "tonight is the night," and that's when I had my mind set on it.

What did you do to prepare?

Because the Achievement takes around 14 hours of non-stop gameplay, I was worried my Xbox would overheat and crash on me in the middle of the task. So, I had to take out the old fan my family used to use during summer and put it behind the Xbox to cool it down every so often. Apart from that, I had my iPod Touch and Nintendo DS with me to keep me entertained while waiting for time to pass by. 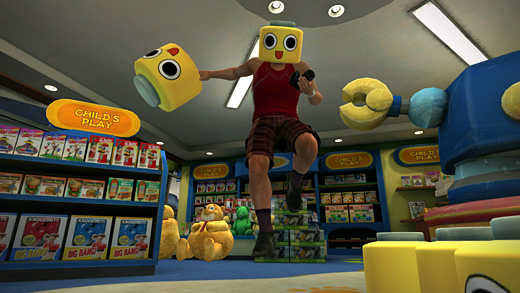 So you can pause the game. How many hours total did it take you to do?

Earning the actual Achievement itself takes 14 hours total, but I had to do other things in between that time like eat and clean up the house. I'd say 15 hours and 30 minutes, somewhere around that mark.

What kind of strategies worked for you? Any tips for others who want to go for it?

I played Infinity Mode once before [the mode where this Achievement must be earned] but that didn't last too long. I only managed survive just under a day unprepared and didn't intend to last the full 7 days, so I just stopped playing and let myself die. This time around, I checked a few guides to give me a brief idea of what to do.

First up I'd say to be sure to have the Real Mega Buster on you (obtained via earnng the Zombie Genocider Achievement) then I'd advise checking GameFAQs. As for me, I only ever needed to know the times the Survivors and Psychopaths spawned. You will also need the two books that increase health upon consumption of food and the survival book which also increases recovered health from food. Once you have those, a single food item gives triple the normal amount of health recovery.

As is known in Infinity Mode, your health slowly drops from hunger. Each unit of life runs out every 1 minute and 40 seconds, so once you kill all Survivors and Psychopaths and take the food they drop, there's nothing to do. I just sat myself in a safe area where no zombies could reach me (there's several around the mall) and while waiting for the next spawn, I just checked Twitter and Facebook, or played my DS to kill time.

Any unexpected problems after you started?

One or two of the Psychopaths could deal a fair bit of damage, which I was surprised about, but apart from that there were no real issues for me.

I did play Halo: Reach on it the following night, so it's recovering well. I haven't played it much since—I decided to give it some recovery time.

Was it worth it? How did it feel when you finally got it and heard it pop?

The 5 Day Survivor rewards you with a laser sword which is incredibly awesome, so I'd say it was worth it for that alone. For 7 Day Survivor you get "Arthur's Boxers" which is a nice reference to another game, but didn't do much for me, personally.

When I finally got both Achievements there was a sigh of relief that I actually managed it without anything going wrong.

What was the first thing you did after you got the achievement?

As soon as I got the Achievement? I went to the security room to try out Arthur's Boxers, and then let myself die to end the suffering. I wanted to save my progress, turn off my console and go to bed!

And there you have it—a true-life account of one man's quest to conquer one of the most difficult Achievements out there, while fending off hordes of zombies to boot. Congratulations, Charles… and thanks for sharing your story!

great article Brad. totally took me back to when i too tried and also succeeded in getting that ridiculous achievement. Dead Rising was the very first 360 title i purchased, despite the fact that i nearly bought my 360 on launch day. (i discovered Halo 2, so that’s all i played back then). i just knew from the previews that it was going to be one of the quirkiest, fun, eccentrically-japanese games i was ever going to play and it did not disappoint, lol. it was a long time ago when i got it (over 4 years! holy shit, where… Read more »