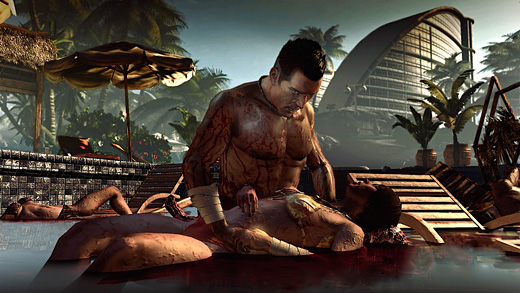 The hottest thing off the presses this week was the teaser trailer for an upcoming zombie-fest called Dead Island.

There's not a lot of specific info on it at the moment, but from what I can gather, it's a first-person melee-heavy game. Apparently, players take on the role of a person vacationing on a tropical island which becomes overrun with the undead, and developers Techland (Nail'd) are aiming for quasi-realism by not giving the player tons of firepower.

I have a sneaking feeling that a certain ginger-tinged PR rep over at SouthPeak will have quite a bit to say about Dead Island in the very near future, but the meantime, check out the provocatively poignant video. You may even want to watch it twice.

In case you haven't voted yet, click on over to this site and cast your ballot for which games will be featured in the Smithsonian museum's upcoming videogame exhibit. There are quite a few unconventional choices, and visitors to the site are asked to choose one title out of a cluster of three or four. Many of the clusters are no-brainers, but there are a few which are nearly impossible to decide on—it's a fun problem to have.

Apparently, this animated video criticizing Nintendo (in Silent Hill style, no less) made the rounds a while ago, but I somehow overlooked it. It's brilliant, sick and twisted, and a definite must-see. Big thanks to @iwatttfodiwwfa for hipping me to it.

I'm a little hazy on specifics at the moment, but it seems to be a mash-up of platformer/pet sim. While that may seem a little bizarre, given how spectacular Hatsworth's platformer/puzzle mash-up turned out, I'm more than willing to give developers DreamRift (formerly of EA Tiburon) the benefit of the doubt. Props to @NaviFairyGG for reminding me that this title existed.

As of last night, the wife and I got completely caught up on our Doctor Who. Well, the new series, anyway. We still haven't touched any of the old stuff yet… Anyway, the last thing we needed to check off our list was the 2010 Christmas episode, and it did not disappoint. 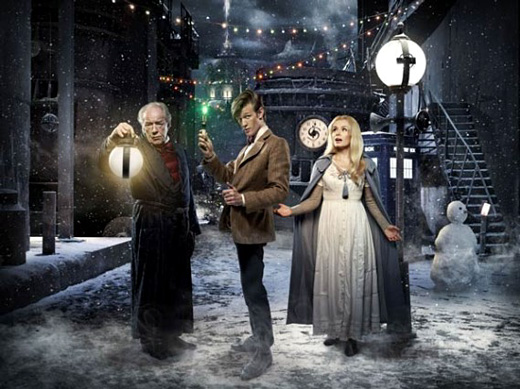 While it was essentially a retelling of A Christmas Carol (you know, Ebenezer Scrooge, Tiny Tim and all that) Matt Smith gave a fantastic performance as the Doctor, and the plot made great use of the show's time travel element.

My favorite episodes of Who are ones where the writers really capitalize on the ability of the TARDIS to jump back and forth in the timeline of the universe. It may seem a bit strange, but I don't think that many of the episodes really do; rather, it seems more often used as a simple transport. That's a bit of a shame, although in fairness to the writers, I can certainly understand how difficult it is to craft a strong tale while wrestling with the complexity of time travel. It's a lot harder than it sounds, so when someone pulls it off with style, my hat is off to them. In this Christmas episode, the Who team nailed it. It may be a bit early to say this, but I think this one is going to end up being one of my favorite episodes overall.

Getting back to Smith for a moment, I really, really enjoy his portrayal. Odd, alien, yet captivating and magnetic, I think the qualities he brings to the role are absolutely perfect. I also quite enjoyed that he seems to be getting more comfortable as the Doctor, as well. I hope that he sticks around for at least another season past the next.

… still not too crazy about Amy Pond though. She and Robo-Rory can feel free to make their exit at any time.