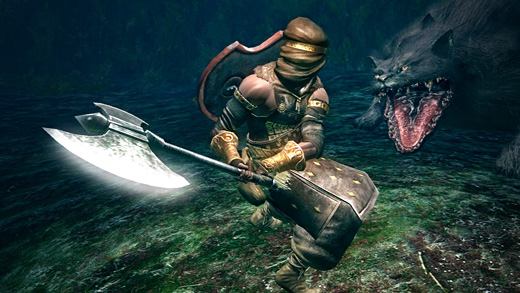 So, after eighty-two hours with Dark Souls, I finally defeated the cheese-tastic final boss and completed the game.

Now that all's been said and done, I am of the strong opinion that Dark is nowhere near as finely-crafted or as enjoyable as its predecessor, Demon's Souls. It's just not.

At the moment, it's easiest to just say that Dark doesn't do anything that Demon's didn't already do better, and throws in a whole host of problems, to boot.

I find this entire situation particularly aggravating for a few reasons.

Primarily, Demon's Souls is one of my favorite games of all time, and "fixing" something that wasn't broken and then breaking it further still doesn't make a lot of sense to me.

I also take issue with the fact that it was so long. Yes, I've heard of the 90-minute Dark Souls speedrun on YouTube, but that's so far removed from the experience of the average player that it might as well not even exist.

As for me, I approached the game without using any hint guides or FAQs, and the only help I got were a few key pointers from fellow players. The game gives precious little assistance, so without outside help, I think it's realistic to expect most gamers to take at least as long as I took to finish, if not longer. Considering that my first FAQ-free run through Demon's Souls was about 50 hours, doubling or near-doubling that playtime is a lot to ask.

There were also a number of technical issues I ran into (details in the review) but the thing that pissed me off the most was that the ending was such an insulting slap in the face that I literally stood up and started yelling at my TV. After pouring so much time and effort into the adventure (not to mention putting up with all the rough edges and cheap design decisions) I could not believe that FromSoft went with such a ridiculously poor way to tie things up.

It. Was. Unbelievably. Awful.

Is Dark Souls the worst game I've ever played? No, not at all. Not even close. Would I recommend it to anyone now that I've rolled credits? In a world where Demon's Souls exists, no, I really wouldn't. 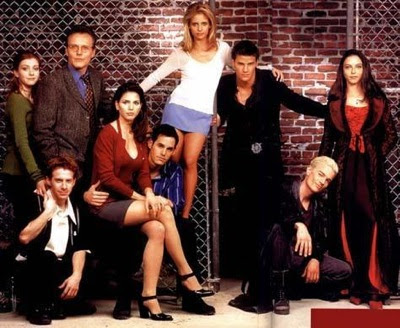 I haven't had a lot of time for TV or movies lately, but when I do have time, the wife and I have been getting in episodes of Buffy the Vampire Slayer on Netflix instant-watch.

I'd never seen a single episode when the show was still running on television, but after having such a positive experience with Firefly (another Joss Whedon show) we decided to give Buffy a whirl, and we haven't been disappointed. At the moment, we are a little past the halfway point of Season Two, and it's going swimmingly.

The funny thing about watching the show is that even though I know the program has quite a large following, I've never spoken to anyone who ever made it sound appealing or fun. Every time I asked someone their opinion on it, it never remotely sounded like my cup of tea. Now that I'm actually watching it myself, I think it's pretty great. I'm not quite sure where the disconnect was there, but maybe I was just talking to the wrong people all this time?

Anyway, despite the fact that none of the "teenagers" on the show look like they're actually high school students, the writing is sharp, the characters are likable, and there's a good balance between larger characterization and typical monster-of-the-week action.

So far, a big thumbs up.

my biggest problem with the game was the lack of direction in certain parts and hours of aimless wandering as a result. what really upsets me was the misinformation some NPCs gave me. now it gets al little spoilerish… the first blacksmith somewhere in the undead city for example, tells you about another blacksmith who forges you a holy weapon to make progress in another area (catacombs). my conclusion was that i have to find the divine blacksmith or trigger some event to be able to make progress in the catacombs area. fact is… there was no need to find… Read more »

And I hope, with this, comes a cease in the over-production of Dark Souls related articles. I love this site, but I can go without seeing a Dark Souls piece for the rest of my time spent here. I just hope the new podcast doesn’t even bother to mention the name. If you guys bring it up, I swear I’ll…do absolutely nothing but continually check the website periodically.

Not sure if I agree about the ending of Dark Souls or not, but I also don’t know what ending you got. I actually liked mine, even if it was short. It is funny you say that Dark Souls didn’t do anything different or better than Demon’s Souls. Not only is the world more detailed, the enemies are more varied and entertaining to fight, many more weapons and armor that can alter your playstyle, many of the bosses were very creative… I could go on. Sure, there are a decent host of problems, but many of them existed in Demon’s… Read more »

I’m sensing a pattern here. Isn’t it possible, if not extremely likely, that you’re just a natural contrarian? Isn’t it just as likely that your distaste for Dark Souls may have something to do with its massive popularity relative to Demon’s Souls? Maybe your brain just won’t let you enjoy anything that isn’t painfully obscure, obtuse, or hated by the general population?

…and you need to watch all of it, then Angel. Some would even argue Angel was a better show…it’s certainly a better show for that character. Anyway, some of the seasons coming up (not 4) are just awesome, and I envy you for never having seen them.

In other news, I’m loving Dark Souls intensely, but I didn’t play much Demon’s Souls, so what can I say. I’m enjoying it, at about 15 hours in.