The cluelessly misguided sequel to a fantastically frightening game 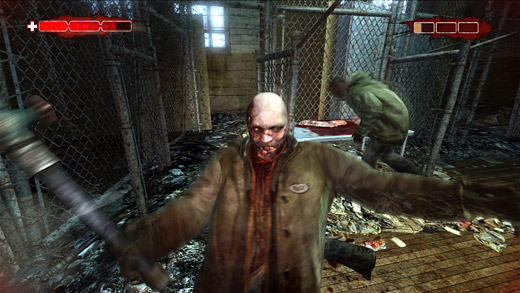 WTF Practically everything good about the first game is bungled here.

Although the first Condemned from developer Monolith had a few rough edges, it still ranks with me as one of the most interesting, compelling games of the current generation. In addition to being fantastically frightening and atmospheric in a way that most games can only hope to achieve, its unconventional serial-killer subject matter was smartly capitalized on to create a stunningly memorable experience. After such an effort, it was clear that the Condemned 2 team had their work cut out for them. Unfortunately, from the mess on display here, it seems that they didn't even attempt to clear the bar they set so high for themselves the first time.

Picking up where the first Condemned left off, officer Ethan Thomas is on the skids. Left broken and disturbed by the events of the previous game, he's turned to the bottle in an effort to self-medicate and forget what he's seen. However, as crime begins to rise in the city, local authorities pick him up out of the gutter to help with their current investigations, leading him into a tangled web of brutal, bloody intrigue.

From a storyline perspective, I thought the premise of a ruined cop getting dragged back into the nightmare he's running from had a lot of potential. Even better, the previous title's plot was one of its strongest elements, and the nihilistically enigmatic endgame was left wide open for a continuation. I honestly couldn't wait to see where Monolith was going to take Bloodshot, but I never would've guessed they'd take it straight to the toilet.

Without spoiling things for people who haven't yet experienced either of the Condemned games, Bloodshot's plot stumbles from the start and never recovers. Lacking the tense, desperate pursuit of a murderer to hold it together and drive it forward, Monolith instead gets caught up in unrolling an absurd supernatural mythology that doesn't make a lot of sense, and certainly doesn't have the gravitas needed to complement the dark tone they're going for. Although some of the elements between the two games seem to connect, my impression was that certain bits of Bloodshot undercut or even contradict things previously established—and quite frankly, fear of the unknown is a great source of unease for people who play horror games. Explain too much, and you risk losing the chilling mystiques that the best of the genre foster. In Bloodshot's case, not only is the mystique gone, but the revelations are so cliché, nonsensical and lightweight that the dramatic core of the game is eviscerated by inanity. 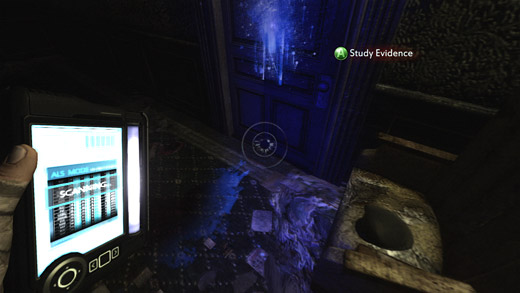 Beside the game's silly story, progression from level to level is equally poor.  Almost none of the environments have the same potency seen in the original, and they certainly don't have the same cohesion. Struggling to make sense and justify themselves, the piecemeal locations might work in some other horror game, but certainly don't here. In one of the most egregious displays, Ethan becomes separated from the officers he's on a mission with and ends up in a burning doll factory. Diverging from the gritty quasi-realism previously established, he fights off exploding kewpie dolls and a female cosplayer with a giant lollipop. Not only did this level make absolutely no sense in the overall context of the adventure, when Ethan returns to headquarters, he inexplicably continues the investigation without comment!

Intellectual concerns aside, the play and design of Condemned 2 is lacking in every respect. Although it focuses on hand-to-hand combat like its predecessor, there's no heft or weight to the fighting. It's just not convincing. After hitting an enemy in the head with a lead pipe or frying them with a taser, they shouldn't be able to shake off the damage in a fraction of a second and keep throwing punches with the same ferocity they did a moment before. Instead of being visceral and immediate, the combat felt very artificial and overly dependent on performing "gamey" combos to do real damage.

Interactions with the environment were equally unsatisfying. Ethan is unable to duck or jump, often blocked by low obstacles or pieces of furniture that any normal human being with working legs would be able to navigate past. Exploration is practically nil, each level being full of dead ends and locked doors without keys, impervious to any and all efforts to open them. Although I have nothing against linearity in general, the developers channel players down the only correct path in blindingly obvious, clumsily overt ways. Honestly, the only thing that's improved about the experience are the forensics.

In the first Condemned, Ethan would occasionally search for clues or do something equally detective-like in pursuit of his psychopathic nemesis, SKX. The sequences were original and fresh, and I do give credit to Monolith for expanding on them here. After finding some telling evidence or locating a crucial crime scene, Ethan's liaison back at base will often require him to photograph victims, gather evidence, or poke around and make logical guesses based on his observations. These too-brief sequences are the sole bright spot in what is essentially a complete misfire.

I sincerely wish I could find more things to praise about Condemned 2: Bloodshot, but I'm simply at a loss. Nearly everything that was great about the first game is now absent, replaced by choices and decisions that consistently miss the mark. Cheesy "boss" encounters and  murky graphics that weren't worth a paragraph compound the already gimmicky combat, out-of-place levels, nonsensical plot elements and confused "dramatic" progression… it's as if the developers genuinely have no idea what made the first Condemned so good and instead chose to focus on a slew of things that run counter to creating a similarly grim crusade. If the first game was a chillingly-black horror to be feared, Bloodshot's a pretender in a goofy rubber mask, making funny noises and stumbling over its own feet. Rating: 3.5 out of 10.

Disclosures: This game was obtained via retail and reviewed on the Xbox 360. Approximately nine hours of play were devoted to the single-player mode, and the game was completed one time. No time was spent in multiplayer modes.

Parents: According to the ESRB, this game contains Blood and Gore, Intense Violence, Strong Language, and Use of Drugs and Alcohol. File this one under "absolutely not for kids." It's ugly, bloody, brutal, and will be nightmare-inducing to younger players. There's also lots of salty language, and the main character needs to drink alcohol in order to be able to reduce his withdrawal symptoms and aim a gun properly. Under no circumstances whatsoever should little ones crack this case.

Deaf & Hard of Hearing: You will be at a severe disadvantage since the game relies heavily on audio cues to alert players to the presence of enemies. With normal hearing I got jumped all the time. With no sound, it happens even more often and significantly ramps up the difficulty. There are no visual cues onscreen to inform players which direction shots or attacks are coming from, and the screen goes blurry when hits are taken, so be prepared to be quite frustrated at times. On the plus side, there are subtitles available for all of the dialogue, and the checkpoints are fairly frequent.

I certainly don’t agree with this review. While Condemend: Criminal Origins is definitely an amazing first entry and easily the best launch title on the 360, I personally feel as though its successor bests it in nearly every way. I thought the gameplay enhancements, specifically the revamped combat and the improved investigation sequences, really improve upon the greatest flaws of the original. Being able to fight with your fists is awesome in itself, and the combos help add depth to a system that was previously “block, counterattack, repeat.” The investigation sequences were fairly bland and consisted of little more than… Read more »

The original condemned is a horror classic, enjoyable start to end. Condemned 2 is good up to about half way and then the problems start. Then some fights become far too tough (and I played on easy) and too many go on forever, turning levels into long boring slogs. And silly stuff like the laughable throat fighting (who the hell thought that was a good idea??) is pure button-mashing hell. In the end this game became more about fighting with the controls, rather than fighting the enemy. In a nutshell – condemned 2 isn’t a patch on the perfection of… Read more »

cos their back catalog includes No One Lives Forever 2, a strong contender for best single-player PC first-person game of all time — a sweet marriage of Deus Ex and Thief with a great sense of humor to boot.

I agree that the sequel doesn’t match the atmospheric splendor of the original, with less cohesive and less memorably creepy level design, but I think in many respects the game holds its own against the first one or even improves on it. The story never did make a boatload of sense — why are birds exploding all over the city again? — so it’s not that much of a letdown that it continues to be an uneasy mix of supernatural hockum and noir procedural. It’s true that the doll factory sequence never gets any kind of explanation, but then again… Read more »

That turns into a great game once you’ve beaten it a single time and unlocked the ‘unlimited ammo’ mode.

I can’t remember the last time I had more fun than by bringing a gun to a rusty pipe fight.

Pretty much any stage that focused on beating the pulp out of feral hobos was just what the doctor ordered.

Though I still feel like no game has quite out breakdown’d breakdown. 😉

Heh, so what part of Condemned 2 did you think was good? Just the fighting, or wha?

I found condemned 2 to be much better than the original. The “press X to investigate” mini-games in the original seemed pointless, and once it was discovered that attacking with the fire axe before you were close enough to the enemy, and then taking two steps forward a second later killed everything in the game effortlessly, there was nothing left. I’d agree that exploding babies, the stupid storyline, and the ending levels were total garbage. But Otherwise I had a ton of fun with Condemned 2. I do admit that it might be the inner Breakdown fanatic in me talking… Read more »

Yeah, same guys. I haven’t played either F.E.A.R. yet, but after the mess this game was, I’ve got little interest in checking out their back catalog. = P

The guys who did this are behind FEAR 2 as well right?

It seems they’re incapable of actually acknowledging why their original games garnered credit (as you’ve pointed out for Condemned in your review) since FEAR 2 also seems to be lacking in ideas or, indeed, quality.