It's time again for one of my "house-cleaning" posts where I toss up a bunch of random bits and links to stuff and get it off of my computer. 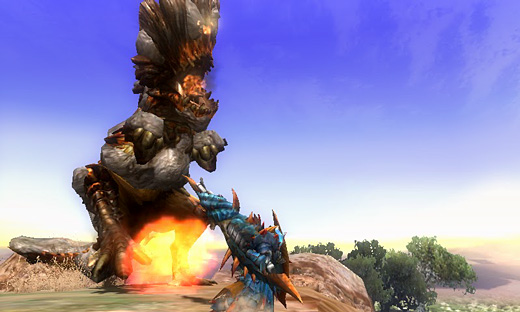 I'll be doing a more in-depth examination of this in the near future, but for now, be aware that it exists and that it is fabulous. Take it from me, as someone who jumped into Monster Hunter with zero background information and struggled my way through, I would have killed to have concise and relevant information of the sort that is compiled here.

With the upcoming release of Monster Hunter 3 Ultimate on Wii U and 3DS, this guide will be a huge help to give you a leg up… read this guide, and I guarantee you won't be the noob dropping a trap as soon as you enter the stage!

The good people over at Undead Labs who are currently working on XBLA's State of Decay sent along this link showing one potential distraction technique as a way of dealing with hordes of zombies surrounding a house that you need to raid for supplies.

Can't wait to get my hands on this one.

My co-critic Mike Bracken posted this link a while ago, compiling some of the greatest lines from the best horror films of all time. I am a little ashamed to admit that I didn't know every single one, but I did know most. How about you?

The wife passed along this YouTube video which kind of encapsulates the basic idea behind homeschooling/unschooling. Every time I mention it, I get lots of comments on the subject, so clearly there are a lot of you out there who are curious about it. Oh, and while I'm on the subject, I thought the pic below was oddly true…

Oh, what am I playing?

Just wrapped my review for Dokuro on Vita, and it was one of the best games I've played all year. Not even kidding. I love that game, so so hard.

Following that, I've been spending time with Orgarhythm (also Vita) and while the production values are a little on the rough side, the blend of real-time strategy and music rhythm genres actually comes together surprisingly well. It may require the sort of player willing to overlook a general lack of polish, but it's worth checking into.