Played two demos recently, neither one convincing me to drop the cash.

On 360—Castle Crashers. From the Behemoth, the same wacky guys that brought us Alien Hominid comes a four-player side-scrolling beat-‘em-up in the vein of just about anything that was in arcades during the 90's. 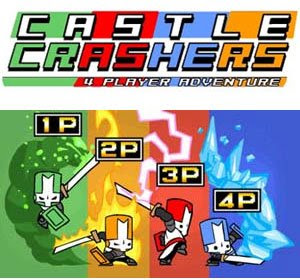 If nothing else, I really dig the Behemoth's aesthetic. The squiggly lines and bright colors are attractive in a fourth-grader sort of way, and there's just something about the way the game looks that makes you want to like it. Unfortunately, the bits of gameplay I got from the demo don't seem to be as solid as the visuals. 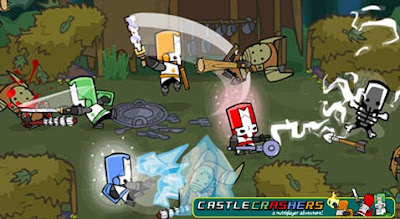 Within just a few minutes, I started getting bored of walking from left to right and mashing the attack button over and over on a horde of cookie-cutter enemies. This sort of gameplay is undoubtedly more fun with three other players (whom I did not have on hand) and it's entirely possible that the game gets deeper as the player progresses, but I'm just not very interested in the mindless melee thing anymore.

If any of you readers have purchased the full version and can vouch for the content past what was shown in the demo, I'd love to hear about it. Otherwise, I'm giving this one a pass.

On PS3—The Last Guy. From a studio I've never heard of before comes this incredibly bizarre top-down effort that tasks players with herding stray humans into a line and leading them away from zombies and to the comforting arms of safety the way a mother duck leads her ducklings. 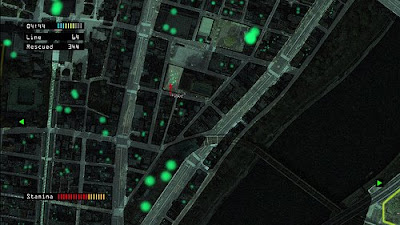 The green dots are survivors to pick up. I'm fairly sure that teeny red blob in the middle is your character.

On paper, this idea seems like pure gold. Rather than being dark or serious, it definitely skews towards that only-in-Japan type of insanity that all the best fringe games contain, along with wacky voice samples and manic music. However, I'm sad to report that I found it borderline-unplayable. 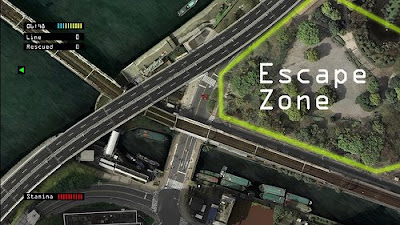 Seriously, this is exactly what it looks like. Great details for a spy satellite. For a videogame? Not so much.

The main problem seems to be that the game's camera is about three miles above the surface where the player's character is. On my 28" HD display, my avatar was about the size of four pixels and I found it nearly impossible to tell exactly where I could or couldn't go, or what the pertinent details of the environment were. Imagine playing Gauntlet via Google Earth, and i'm sure you can start to imagine the difficulty here—it's a simple concept that doesn't play nearly as smoothly or effortlessly as something so basic should.

I have a hard time believing that this game got through testing without anyone saying "Wow, I can't see a damn thing here." I support the concept in spirit, but I can't see putting cash down for something that I'm having so much trouble with in just a demo.