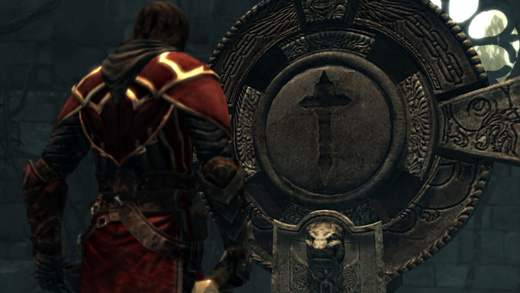 A long time ago, I was talking with a friend and commented that one of the things I liked best about being a console-only gamer was that you never had to worry about PC stuff. Things like the bad habit of PC developers releasing unfinished code with the thought that they would simply release a patch later on. Screw that, we were plug-and-play! (I was young and naive then… Give me a break!)

Once taking consoles online began to seem more and more like a reality, the confidence I had in developers began to weaken. All of a sudden, it didn't seem far-fetched that some unsavory developers would let problems slide if they knew their audience would be able to get a fix later. It wasn't a big issue at the time, but the shadow was looming.

Fast-forward to today. As much as I hate to say it, it seems as though that undesirable "patch it later" mentality is becoming fairly commonplace. Normal, even.

The reason I bring this up is that over the weekend, my wife lost about twelve hours of progress in Castlevania: Lords of Shadow on 360. She did absolutely nothing wrong, but for some totally random reason her save corrupted and was unrecoverable. Complicating things, Lords of Shadow uses an auto-save system with only one file, so my wife didn't even have a chance to load an alternate save—the whole thing went kaput, and all of the incredibly precious time she devoted during our son's naps and staying up late was for nothing.

If I had known that there was a save issue beforehand, I never would have let her play it. Unfortunately, it didn't occur to me to check. If I did, I would've seen that plenty of players have reported similar problems on both the PS3 and 360 versions. The PS3 just received a patch allegedly correcting this problem, but 360 players have to take their chances since Konami is still working on a fix for them.

In the days before you plugged an ethernet cable in the back of your console, letting a glitch of this nature slip through QA would have been a public relations disaster on an epic scale, and would have incurred the wrath of the entire gaming community. At Konami, someone's head would have had to roll. Apologies would have been publicly made. Free stuff would have been sent out as a way of saying sorry. These days, it's barely a blip on anyone's radar—and of those that do notice, half of them don't seem to care. 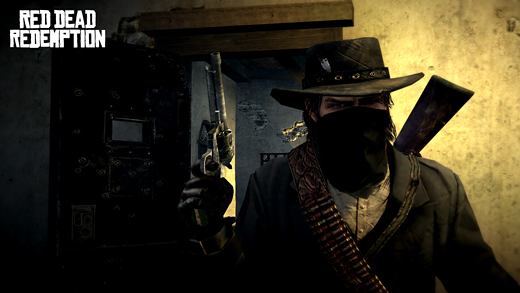 I officially started Red Dead Redemption yesterday. It's one of the last "big" games I need to get to before the end of the year, so I figured I had best get to it. I'm still quite early in the adventure, but I have to say that one of the things that struck me almost immediately was a conscious realization that my tastes have changed.

Stepping into the boots of John Marston, I was keenly aware that during the plentiful cut scenes and numerous conversations, I was not being presented with any choices in dialogue. While having a set story in console games has been the rule for quite some time, more and more titles are bucking that trend, and for the better.

Mass Effect was certainly a very scripted experience, yet offered players a hand in how Commander Shepard conducted herself and in the pivotal choices that were made. Oblivion and Fallout 3 are perfect examples of combining open-world gameplay with player choice for a deeper level of actual role-playing. Hell, even Alpha Protocol presented a number of juicy options to players, and that was essentially a third-person action game. There are a number of other examples, but the point is that it feels hard for me to be satisfied with a one-size-fits-all experience; to go back to a character that I don't appear to have any control over.

To be clear, I don't think this is as much of a problem in tightly-focused action games. While I would certainly welcome having more choice, knowing that it won't happen isn't going to stop me from playing Gears of War 3 or others of its ilk. I think the problem for me lies in the fact that Red Dead is a wide-open experience that encourages exploration and side-questing, and my brain is wanting more opportunity to personalize my character and craft my own experience.

While there certainly seems to be some choice in the way I conduct myself through gameplay—do I save the prostitute from her attacker? Do I let the innocent rancher be shot?—so far, I haven't seen any of these choices affect the cutscenes, the plot, or which missions I'm able to partake in. I'm guessing that if I spent all my time murdering shopkeepers and skinning friendly dogs, Bonnie McFarlane would treat me exactly the same as she does when I'm herding her cattle or protecting her property. If that's true, then I find that kind of disappointing.

Like I said, it's still early days yet. I could be totally mistaken and there could be more depth of the kind I crave later on… but I'm suspecting that won't prove to be the case. At the moment I'm pressing on and seeing what Rockstar's cooked up, but in all honesty, I'm not feeling very engaged or immersed. After having a taste of the freedoms (illusory or not) that other titles have offered, it's interesting to see that a title with such stellar production values and breadth of content has much less of an effect on me than it would have in the past.

Due to harder dev cycles and more emphasis on graphics over everything else modern gaming is like modern film… if you are very lucky they may fix a film you like with a better edited directors cut…if not you are SOL. Game wise…getting vital patches ect is still like pulling teeth….

Totally agree on the issue of patches; I was expecting that trend, along with abuse of DLC, to come rolling down eventually as soon as Microsoft starting shouting about Live on the original Xbox. It’s funny you mention BioWare, since I find most of their titles come out with bugs, glitches and general “we’ll just patch it later” crap. It’s pretty annoying, but what can you do? I’ve already began the process of not buying games on release because I know it won’t be “fixed” for a month or so (case in point – Fallout: New Vegas). Just something all… Read more »

Yeah, I was going to buy Castlevania for christmas but after my ethernet port on the ps3 died, seems like I’ll have to buy a router instead. Plus there’s no point in buying a game with that kind of bug that I can’t patch thanks to no internet.

It’s one thing to send out a game thats playable with no real glitches or bugs and release a patch that fixes some minor problems like graphical glitches or sketchy sound but save destroying bugs, can’t beat final boss bugs? Nah, not my cup of tea at all.

That is really unfortunate that your wife experienced a save data erasing bug. I’ve checked up on the case and it looks like the patch is coming to the 360 as well and is already up for the PS3. Something like this should have been caught. I was not involved with the development of the game, and the behind scenes, especially relating to bugs, are difficult to find. I am involved in QA, however, and know a bit of the process. Without knowing the details, it is entirely possible that QA came across the issue whilst testing. They tracked it… Read more »

I don’t consider myself a trend-setter by any means, but if other gamers are behaving as I do, then they are waiting until the bugs have been fixed before buying and/or playing new games. It’s annoying, but I am usually behind on my games anyway, so waiting (so far) is no big deal. Gratefully, sites like this one keep us informed on the issue.

Consoles are still, in my opinion, primarily a “insert disc-n-play” system. PC’s are still, in my opinion, primarily a “insert disc, configure PC for maximum enjoyment, and play” system. Now that console systems are plugged into the Internet, we now enjoy firmware and software patches/upgrades, just like computers. One could argue that patched console games allowed one to play the game far sooner than in older days. My biggest fear lies in how far down that slope (i.e., allowing patches) we shall slide before we shout “enough”. When you look at the Fallout: New Vegas bug(s), how will this impact… Read more »

Zelda Twilight Princess has a quest ending (as in for good) save bug if you save in that one cannon room. I doubt Nintendo ever did anything about that. But knowing does prevent people from triggering it. In that vein, do you know what the trigger is for the CV save bug? Or what it might be? Also, just a wording thing “I wouldn’t have let her play it” sounds less like you would warn her off a potentially infuriating game and more like you would not give her the permission she required to play it. Which is obviously way… Read more »