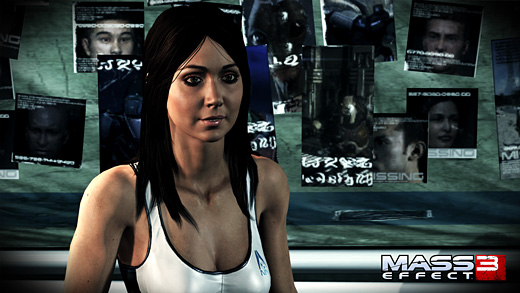 A bit of good news/bad news this week.

The bad news was that my car was broken into not once, but twice over the last few days. The first time, I had apparently forgotten to lock the door and someone (I guess) had been combing the block looking for unlocked cars. There was nothing to take of any value, so they tried to boost the cheap-ass stereo we had put in. Based on the marks they left on the dashboard and the damage that was done, they must have used a crowbar to try and pry it out, but the faceplate is detachable. All they ended up doing was popping the plate off, cracking it, and leaving the unit still embedded in the dash.

After reminding ourselves to keep the doors locked, someone came by a few days later and busted in one of the passenger windows. Glass splintered into a million pieces and went all over the interior of the car and the lawn next to where the car was parked. The only thing they took was a diaper bag (yes, they really took it) but now it's going to cost me a ton of money to get the window fixed and I had to rent a special vacuum unit to try and get the glass out of the lawn—my kids play in the grass all the time, and the last thing I want is for them to get shards embedded in the soles of their feet while they're running around in the sprinkler this summer. THIEVES SUCK.

The good news? My oldest son arrives for his spring break tonight and he'll be staying here for a week! So. Damned. Excited.

Can't wait. It's been nothing but Mass Effect 3 since the last update, and boy, am I exhausted… I rarely take on RPGs of any sort due to the time commitment, and getting in enough hours to review one in a speedy manner has been "challenging" to say the least. Glad I did, though… It's been great. Not as great as the first game, perhaps, but still great and a damn sight better than Mass Effect 2. Anyway, I completed the game this morning at around 32 hours or so (not including multiplayer) and I got an ending I was very satisfied with despite all the nonsense associated with the percentages, War Assets and "Readiness" that the game throws at you.

If you're a mostly single-player person (like I am) and you're not interested in grinding through the multiplayer, the only thing you need to know to get the best ending in the campaign is to fill up the green bar in the War Room on the Normandy. Just ignore everything else and focus on that green bar. You fill it by doing the super-boring sidequests that ask you to fly to a certain spot and scan a planet for some doodad. Yawn, right? Anyway, do enough of those (and really, just do every mission that you get) and you will end up with more than enough stuff to fill that green bar all the way up. As long as it's maxed out (and you haven't made catastrophic choices along the way) you'll get the best ending you possibly can. More to come.

The GameCritics Podcast has a new host! After a long and arduous search process, we've selected a new captain to lead our team into the next phase of our pod. If you haven't already, check out the "audition" episode for our new chief, Dylan Collins!

Let us know what you think, and remember… This was his audition—not a real show—and he's got some big shoes to fill! Be gentle!

I enjoyed Dylan’s debut, I lol’d at everyone being assigned a Bruce 😉 Did you know him already or was he literally picked from a crowd?

Love the show, keep up the awesome work 🙂