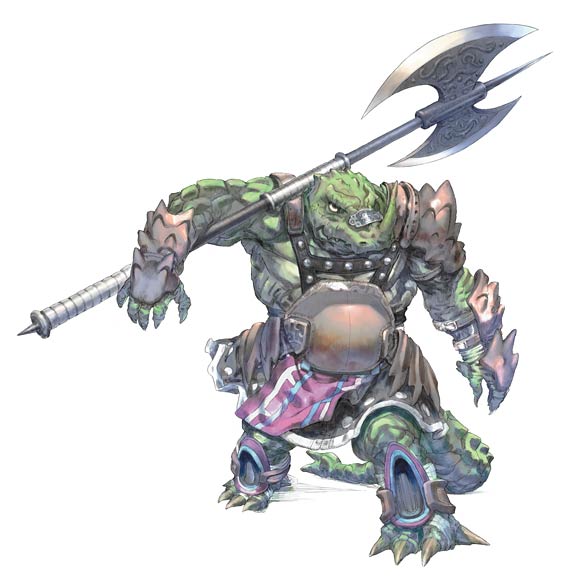 I don't like a mediocre role-playing game (RPG). Not even a bit. The genre is stale, and has become overpopulated with a lot of weak efforts doing little more than fulfilling the basic requirements. Random battles, a young kid saving the world with a ragtag group of companions, and so on. We all know how it goes. There are standouts here and there to be sure, but too many fail to break new ground or overstay their welcome with strict adherence to the belief that "longer is better." As bad as things are on home consoles, it's even worse on portables. I can count on one hand the number of RPGs on the DS or the PSP that I've felt were worth the time and investment.

After my first session with Brave Story: New Traveler, I was fairly convinced that I had gotten stuck with another by-the-numbers effort copying the same schlock that's been less than thrilling for the last few years. I was about to put my brain on autopilot and zone out until the credits rolled for the sake of the review when I noticed something strange—the longer I played it, the better it got. By the end, it was really good.

Now, I'm not saying that it threw out all the standard role-playing conventions or that it revolutionized anything, because it doesn't. The reason Brave Story: New Traveler can overcome the clichés to deliver a rewarding experience is that the developers were highly aware of the elements that go into making a Japanese-style RPG and they've streamlined everything into one of the most player-friendly and accessible entries I've ever seen. It's a master's thesis on the right way to make a traditional RPG on a portable system, really. 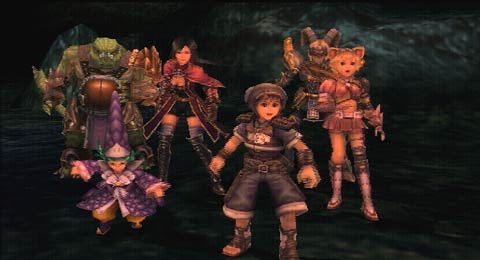 Every part of the game (except for the dull, too-long tutorial) is done well, displaying careful, conscious design and craftsmanship. The catch is, the only immediately noticeable aspect is the graphics.

Some of the best seen on the PSP, Brave Story's visuals are cute but not disgustingly so, and the use of warm pastels and attractive character designs hit all the right notes. The animations are just right, and there are a wealth of special effects punching things up to the top tier of what can be done with Sony's hardware. (Using a comic-book style "WHAM!" to accentuate a good hit was a stroke of genius.)

The actual mechanics of the random battles are simple, but with enough depth to satisfy. For example, each character has a range of standard actions, but special team actions come into play the more certain characters stay together. The necessity of items is kept to a minimum since energy used to heal or support is recharged every time a successful attack lands. Even better, unlimited-use healing stations are sprinkled liberally throughout each dungeon, providing players with "safe zones" to save progress and level up as necessary without fear of losing progress or the need to micromanage resources. 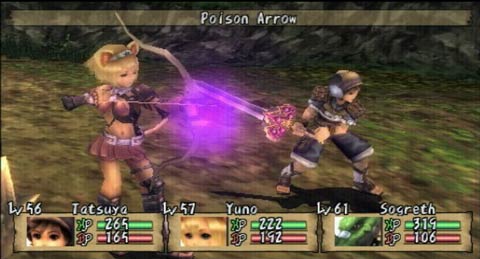 Although those things are commendable, the thing I appreciated most about Brave Story: New Traveler is that the game moves. Never bogging down or throwing time-consuming obstacles in the player's way, it's easy to put in 15 or 20 minutes on the go and then turn the PSP off feeling as though something had been achieved. The game includes readily-available hints to remind players what they were doing before getting on the bus, and the story is broken up into short chapters, another concession to being housed on a mobile platform. There are plenty of small sidequests and little secrets to be ferreted out for those who enjoy doing so, but it's just as easy to get a quick session in and then walk away without feeling like anything is being missed.

It may sound strange, but the developers of Brave Story: New Traveler have created an above-average experience by taking a perfectly average formula and making absolutely no errors in its execution. More to the point, they've made adjustments and decisions in that execution to ensure that the "Classic RPG" acclimates perfectly to the portable environment. The only real problem is that these refinements and subtle choices just aren't apparent until at least a few hours in, leaving the possibility that some people will jump ship before realizing what a great boat they're sailing on. Genre veterans may find it a little too light for their taste, but PSP owners craving the sort of fantasy adventure easily found on home consoles now have something that's every bit as good, and probably better than most. Rating: 8 out of 10