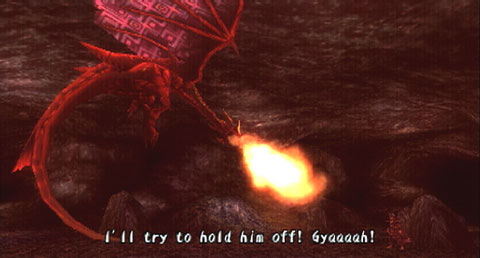 Parents shouldn't be concerned with this game at all. The graphics are warm and not scary, there were no questionable content or sexual situations that I saw, and the difficulty level is on the easy side. The only violence is of the fantasy kind, like hitting rock monsters with a sword, or shooting arrows at giant bugs. This is one of the kid-safest RPGs I've ever played. The ESRB was insanely over-sensitive when it came to picking call-outs for this game, if you ask me—how else could they mention all those things and still give it an E10?

Beginning RPG players, this is your game. It has all the staples of the genre, and it's very easy to play since it lacks any of the annoying idiosyncrasies or grinding grunt work the genre is sometimes known for. If you wanted to get in on RPGs but didn't know where to start, this is it.

RPG Fans who love digging into minutiae and getting crazy with equipment and stats may find the game a little too shallow or streamlined, but it's the best RPG on the PSP and one of the best PSP games overall, with a lot to offer people wanting their role-playing in a flavor that's more suitable for gaming on the go. Besides, the cat-girl archer Yuno is the cutest character evAr… how can you say no to that?

Deaf and Hard of Hearing gamers should have no problems. All dialogue is subtitled, and since the game is turn-based, there's no need for any auditory cues; everything is strictly visual here.