I tweeted about this last week, but this is the first time I'm posting this news here at the blog, and it seems a little more real as I'm doing so…

After many ups and downs and a ridiculously extended delay (which was totally my own fault) I'm happy to announce that my upcoming Urban Fantasy book, Speaking In Forked Tongues, will be available for purchase on March 25, 2014.

I know many of you have been asking about how or when you can buy it, and I'm sure that at least a couple of you were starting to think that it was never going to happen, but the final draft has been sent in to the publisher. Although the cover art still needs to happen, everything else is locked into place and it feels good to know that a hard date is in sight.

The latest GameCritics Podcast is now up! In this episode, the topic is… sex! Guest panelist Samantha Allen (@CousinDangereux) joins us to talk about the games that got it right, the games that got it wrong, and how we want to see games handle it in the future. The answer: with both hands. 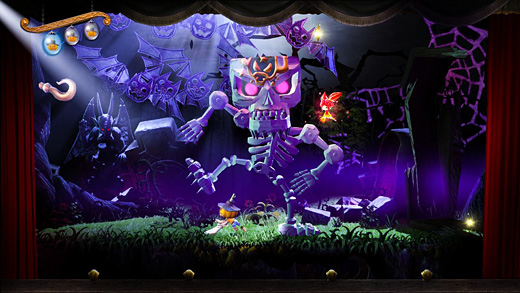 Just wrapped up my review for Sony's Puppeteer a couple of days ago… It hadn't received much coverage before release and I honestly didn't know what it was even about. I thought it was some sort of Move game (and I guess it is, although you can actually just use controllers) but it's basically a platformer starring a puppet-boy who lost his head.

The whole thing is set up as though it's being performed on stage in the presentation is quite charming at first. I have to say that I got tired of it pretty quickly, though… Once past the first hour or two, it started to feel like a big missed opportunity.

Look for the complete coverage soon, but as of right now I wouldn't really recommend it.

On the other side of the spectrum, something that I would recommend is Lost Planet 3. My review for that is also in the can, although it hasn't gone live yet.

I have to say, Lost Planet 3 has been one of the biggest surprises for me this year. Not only is the true nature of the game radically different than anything that has been in the previous two, the story-heavy, character-heavy qualities that I think this are so great are essentially impossible to communicate through a demo or with quick impressions.

I've seen a lot of reviews out there that really don't get what's happening in it, and that's a true shame. With all of the titles out there offering fast, twitchy action, it's really disappointing to see so many writers knock it for not being another shooter when it's obviously going for something really different.

It's easily one of my favorites this year, and I would definitely recommend it to those looking for something very grounded and human, and also to those who don't mind game structures which don't follow the "I need an explosion every 12 seconds" school of design. 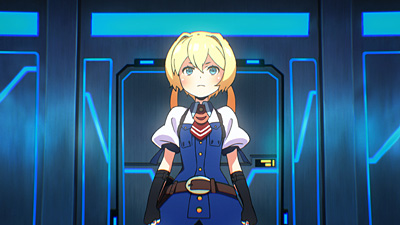 Otherwise, I've been putting time into Etrian Odyssey Untold: Millennium Girl on 3DS, and I'm hoping to have that review ready to go when the embargo drops on the 23rd.

People who read this blog will know that I'm a huge fan of the Etrian series, and although they do skew pretty hardcore, the developers have made many concessions in the last couple of entries to make sure that there are easy points of entry for those interested in the structure but not the difficulty.

Although at this point I still feel like Etrian Odyssey IV is the absolute high point overall, Millennium Girl has been a great experience. Essentially, it's a remake of the first Etrian Odyssey, although it's far from a standard touch-up. In addition to redesigned dungeons, redrawn graphics, a new class, a new element to the combat system and a few other tweaks, it's the first Etrian to offer a full-blown story mode.

In this mode, the game has hand-drawn animated cutscenes, more dialogue than has ever been previously included, and five distinct characters for the player to use. Each one has their own preset name, skill set and personality, and the party is loaded with skills that make surviving the dungeons a lot easier than it might be for someone unfamiliar with Etrian Odyssey. While it definitely feels weird to have a pre-made party, Millennium Girl is still delivering the goods that I love so much.

It's going to be available on the eShop and there's a demo up right now (the save data even carries over into the full game!) but collectors will want to make sure and pick up a physical copy since it comes loaded with a design book and a seven-song soundtrack. Y'know… Atlus.