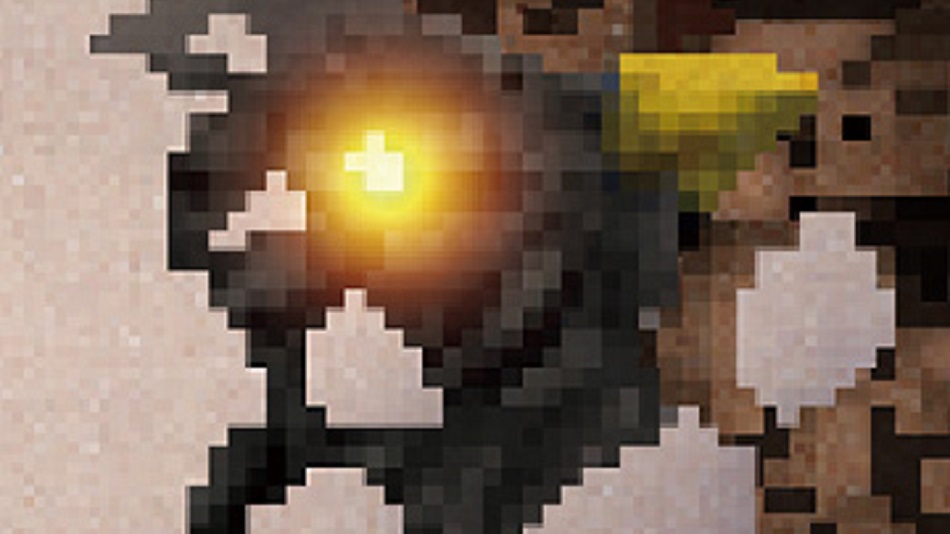 LOW The final boss bullet hell is a bit much.

I had heard of Million Onion Hotel, but never played it. I just assumed it was another random iOS game that caught the fancy of a few vocal critics on Twitter, and would soon be forgotten. However, the buzz was louder and lasted longer than most, so it was noted. A little while later I saw Black Bird on the Switch eShop from the same devs, so I saw it as my chance to sample their work on a games platform that wouldn’t be interrupted by phone calls, so I gave it a shot.

As it turns out, Black Bird is the best side-scrolling shooter I’ve played in at least the last ten years. The design choices are so smart, the pacing so perfect, and the mastery of the genre so profound, it blew me away.

In light of this, I guess I need to download Million Onion Hotel now. But while I’m doing that… 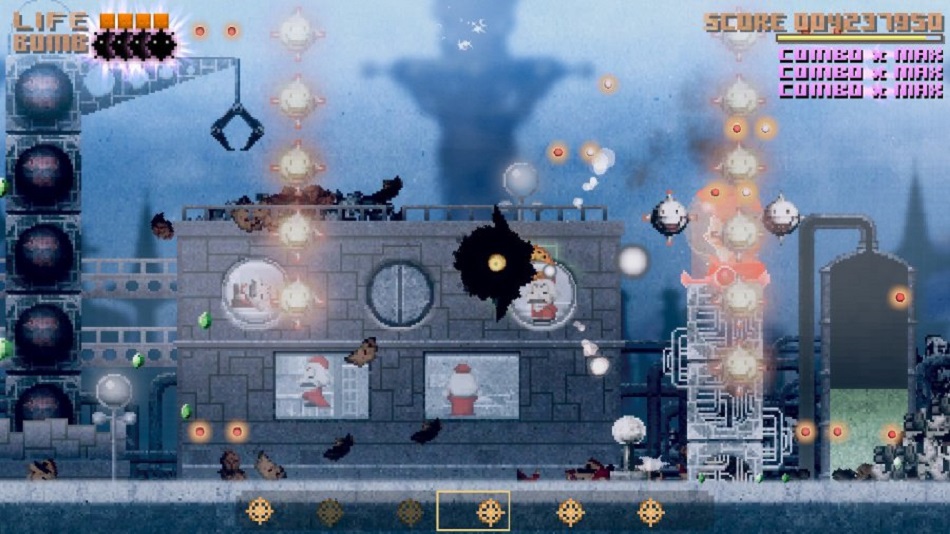 Black Bird begins with a snippet of story. A little girl is struggling in the street, and collapses. Passersby ignore her. A well-to-do man pokes her with his cane and moves on. Not a single person lifts a finger to help. As she dies, a gruesome creature emerges from her corpse and takes to the skies as a jet-black monster raining destruction down on the city that turned its back on her.

It’s a strong start to a game whose mechanics are so dialed-in that no story is necessary, but the stylish nod towards narrative is appreciated.

As Black Bird begins, control is handed over to the player and they become the Bird itself. Every level is a pixel-based 2D wraparound, meaning that if the player flies as far as they can go to the right, they will eventually emerge from the left side, similar to something like the original Defender or the PS4’s Resogun. 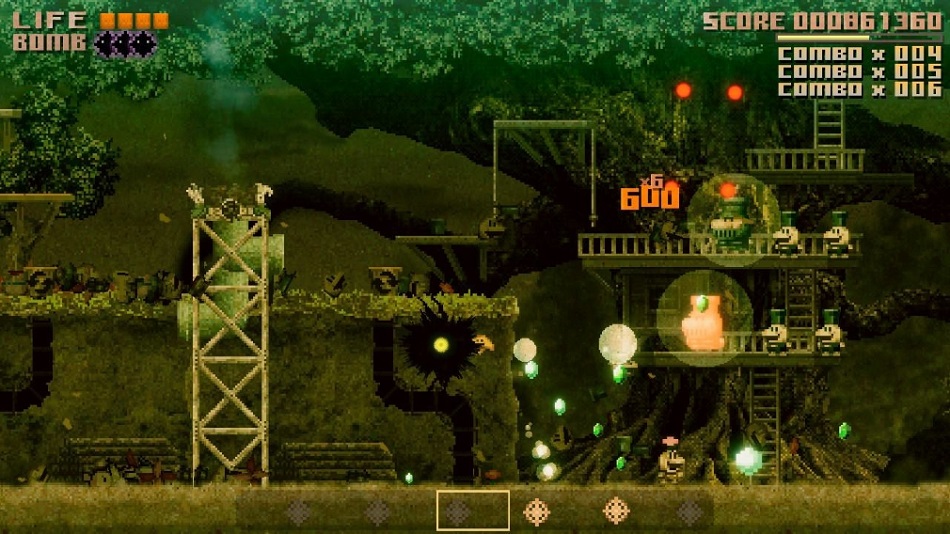 The goal is to destroy a certain number of fixed points in each area, which are vaguely like watchtowers. Enemies appear in various patterns — some mind their own business, some attempt to encircle the Bird and catch it in crossfire, some try to hunt it down. After destroying or avoiding them and once all towers are gone, the Bird will move on to a boss, and if victorious, the next level.

There are four areas to clear, and the developers masterfully unfold nuanced mechanics and ideas as things progress. For example, the power-ups. There are only a certain number in each area, but each one can be used in three ways — to increase the Bird’s speed, to give it one super-bomb attack, or to restore one pip of life. Is it better to have more health in case of injury, or to move faster and avoid injury in the first place? It’s entirely up to the player how to use these limited resources.

There’s a similar balancing act of self-regulation in how the Bird gets stronger. As the player destroys enemies, they drop crystals that will evolve the Bird into a stronger form. Because of this, it’s valuable to delay destroying the towers in order to grind out crystals before moving on. However, if the Bird tarries too long, an invincible enemy will appear to make its life difficult. Just like the power-ups, the developers are confident enough to leave the decision of how long to stay and how strong to be up to the player. 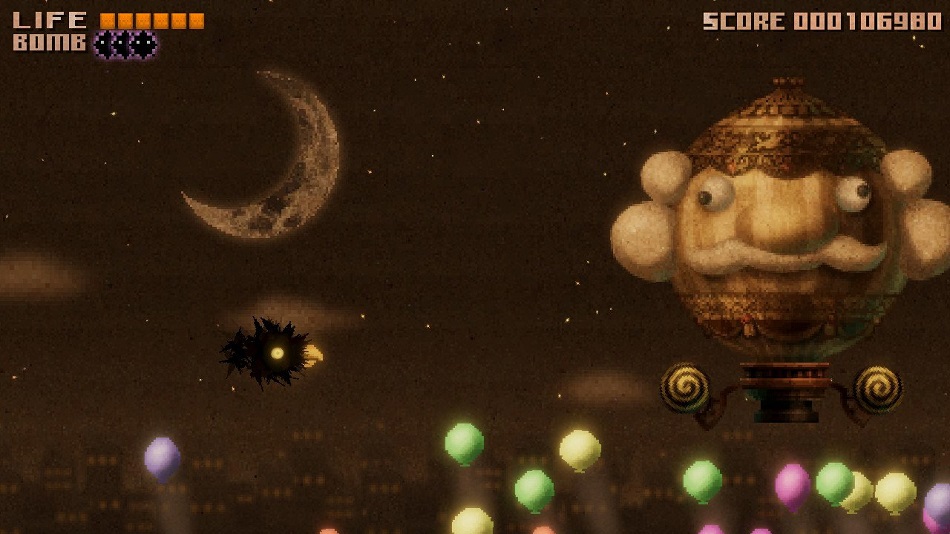 I also have great admiration for the Black Bird’s hitbox – the area on its sprite that can be hit by enemies or enemy fire.  The creature is a black mass of feathers and hate that morphs and grows over time, but one of its defining features is a piercing eye. It stands out from the rest, and the eye is the only thing a player has to worry about when weaving through waves of enemy fire. As long as the eye is untouched, the Bird will remain undamaged – it’s superb design that clearly communicates how to properly maneuver the bird, and doesn’t let the aesthetics interfere with skillful play. It’s a lesson other shmups can learn from.

As I made my way through the campaign I had nothing but admiration for the tight action, eerie themes and brilliant design, but it was only after I cleared the final battle that Black Bird revealed another brilliant move – it turns out that a player’s entire run before credits roll is essentially an extended tutorial getting them comfortable with the systems and pace. Once the last boss is defeated, a “True” mode unlocks and everything gets turned up a notch. More enemies, faster tempo, greater intensity… It’s a lot to handle, but by this point the player has a degree of mastery under their belt and they’re ready for the challenge they didn’t even realize they were being trained for.

Black Bird is stunning. It’s rare to see a project so finely tuned, so perfectly balanced, confidently paced and smartly constructed, let alone from a team whose previous work was an iOS puzzler. This is fantastic stuff. So, like I said earlier… I think I need to go download Million Onion Hotel now. Rating: 9 out of 10

Disclosures: This game is developed and published by Onion Games. It is currently available on PC and Switch. This copy of the game was obtained via publisher and reviewed on the Switch. Approximately 6 hours of play were devoted to the single-player mode, and the game was completed. There are no multiplayer modes.

Parents: According to the ESRB, this game is rated E10+ and contains Fantasy Violence. The opening story with the little girl is a little sad but otherwise this is a harmless title since the bird shoots cartoony characters, and the enemies vanish in a poof. There’s no gore, sexual content or salty language.

Deaf & Hard of Hearing Gamers: There is very little story in the game, and it is relayed without words. There are no audio cues necessary for successful play, I spent 100% of my review time with the game muted and had no issues. The text (only seen in menus and on the HUD) cannot be resized. 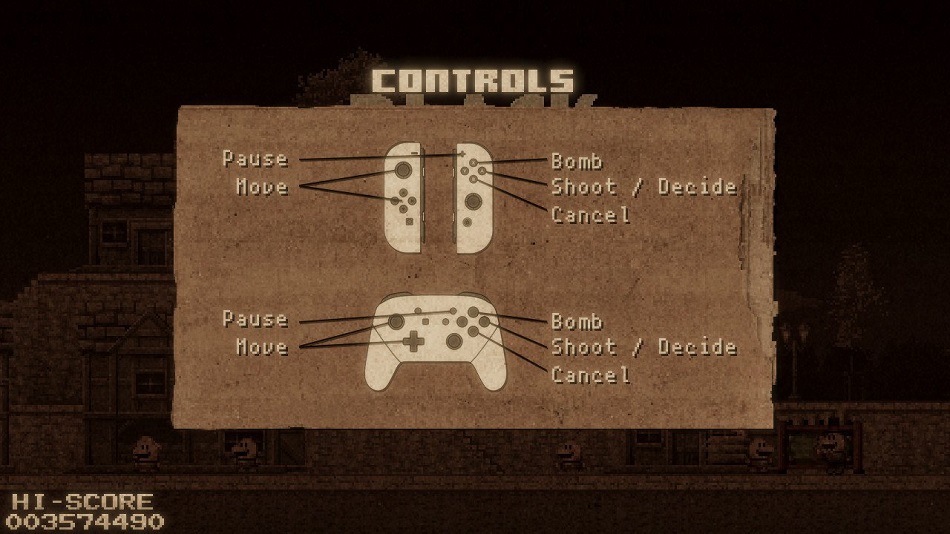