Expectations are an important issue to deal with for anyone, but doubly so for a critic. After all, we are supposed to be "neutral and unbiased" when we evaluate, right? Of course, it's absolutely impossible to be without some sort of penchant or leaning—we wouldn't be human, otherwise. But, although it's not realistic to sit down with a game and approach it as a completely blank slate, managing expectations is something that could, and should be done. 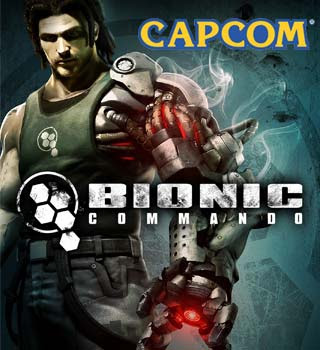 Being a huge Bionic Commando fan from back in the day (both arcade version and seminal NES classic) I've definitely been looking forward to the relaunch of a franchise that I felt has lain fallow for far too long. Due to one thing or another, I haven't been able to get around to it until yesterday, but I've certainly been scanning the reviews to see what kind of reception it's been getting.

Taking a look at MetaCritic, Bionic Commando currently rates a 70. While that's pretty good by the stringent GameCritics.com scale, it's an absolute disaster when you consider that most of the industry scores games between 7-10. Being quite surprised at such a low number for a product representing a highly-awaited franchise and something crafted by a reasonably well-respected developer backed up by the Capcom powerhouse, I did a little digging.

There are seven separate reviews that ranked the game in the 50's. (Even lower than the average of 7, this kind of number would represent something that was completely "average" at GameCritics, but is the kiss of death in the mainstream games media. It might as well be a piece of radioactive roadkill.) 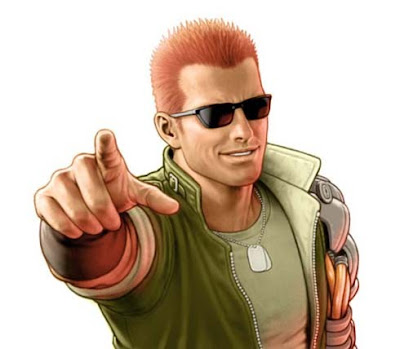 Destructoid tags it for "boring combat" and being "a totally linear game with a distinct path that the player is to follow".

Of course, this prompted me to ask exactly what sort of combat was expected? I don't know what this reviewer had in mind, but main character Nathan Spencer carries two guns (a handgun and an alternate pickup weapon) and grenades. Considering that he's wearing a bionic arm and a tank top, this seems like a pretty good load-out to me. And about being linear? I don't remember ever reading any interviews with GRIN that prompted me to think it would be an open-world game in any way. Was Bionic Commando supposed to be a combination of Gears of War and Grand Theft Auto?

Teletext (a site whose reviews I usually quite enjoy) claims it "fails to offer any of the freedom or fun its premise suggests."

This seems an odd statement to me, considering that "suggestion" is in large part, a subjective thing. I have no idea what was "suggested", but based on the statement, it seems that perhaps the reviewer was, like Destructoid, expecting something more open. An approach more akin to the recent swing-anywhere-regardless-of-what-vertical-structure-is-there Spider-Man titles, perhaps?

1Up.com says "it's clear the team missed out on the fundamental reasons the original was so successful" and "even after you master the game's unique setup, you'll still find that swinging your way around in 3D doesn't offer the same sense of satisfaction as the original."

Unfortunately, the reviewer does not clarify what those "fundamental reasons" for the original's success are. In fact, the only reference to the original game after this initial statement is that it was "one of the most difficult games of its era." Well, he's got the "difficult" part right, but I question his characterization of the original's arm-swinging as "satisfying". Anyone who's played it (or even the recent Rearmed remake) can see that the swing mechanic is very precise and exacting. Often times, frustratingly so. 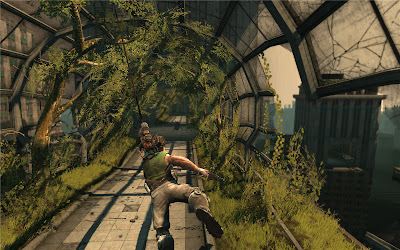 Reviewers are certainly entitled to their own opinions (and to be fair, each review did raise other issues with the title besides the ones that I've pasted above) but after playing Bionic Commando for myself over the last two days, it struck me as likely that one major reason the scores are so low is simply that the game was not what the reviewer expected.

Being so bold as to draw a conclusion of my own, it seems a safe bet that the expectation was for a character able to free-swing throughout an open city, and rain death from above with a variety of heavy weaponry. Oddly enough, that description has basically nothing in common with the original Bionic Commando.

In the first game, the arm was a difficult, inflexible mechanic that replaced even rudimentary jumping, and needed to be absolutely mastered to progress. The main character was also quite fragile, and it was very easy to be taken out by troops with quick trigger fingers. 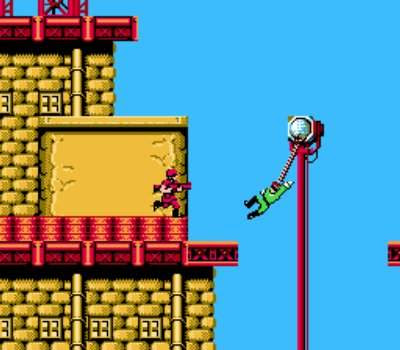 With that in mind, it seems to me as though GRIN's new effort is conceptually and structurally in line with the source material. In fact, the new arm-swing mechanic is infinitely more powerful and forgiving than it was before, and the weaponry Nathan's got on board is more lethal. True, Nathan is never an engine of death free to travel wherever he wishes, but then it seems odd to me that people might expect that. Furthermore, it seems even more odd to me that the game might have been reviewed negatively for not fulfilling this expectation.

Of course, there are more positive reviews than negative, but after trying it for myself and having such a rewarding experience, I couldn't help but wonder about how much expectation played a role, and if that expectation unfairly contradicted the reality of the game itself.

GameCritics.com will be recording its podcast this weekend, and of course, the topic will be everthing E3. If you've got a specific game, trend, topic, or idea from this week's Expo that you'd like us to discuss, post it here or contact me via twitter or e-mail, and we'll see if we can get it on the show.