To start things off this week, here are some links to my most recent reviews.

First, here's my take on Containment: The Zombie Puzzler, currently available via Steam. It may come as a shock to some of you that I actually reviewed something on PC, but I saw the game in an early state last year and it immediately clicked with me. I'm happy to say that the final version is quite good, so this is one of those rare times when I was glad to be sitting in front of a mouse and keyboard.

If you're in the mood to read another review, here's my opinion on I Am Alive, the post-apocalyptic survival/climbing game from Ubisoft. It's had a tumultuous road to release and undergone quite a few changes along the way, but I walked away extremely impressed despite a number of rough edges and minor issues. I realize it's early in the year, but I'm pretty sure this one is going to end up on my "Best of 2012" list come December. 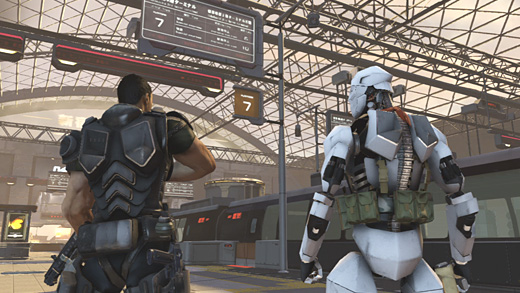 I finally made time in my schedule to sit down with Sega's Binary Domain, and even though I've had my eye on it since last year, the end result ended up being even better than expected.

It's a third-person shooter, and the gist of it is that robots are being illegally created to resemble humans, so a special "Rust Crew"  assault force is sent into futuristic Japan to apprehend the person whom authorities think is responsible. Of course, this simple grab-and-run mission goes off the rails almost immediately, and the adventure turns into the player's unit struggling to reach their target while being constantly attacked by the city's robotic security forces.

So far, it comes off like a nonstop action movie with plenty of banter between the characters, some great set pieces and lots of variety in the action. It could have easily been a standard shooter, but actually firing the weapons feels totally rewarding and exciting due to the extremely smooth handling in the game, and the way enemies crumble into bits. It's incredibly satisfying to take out a robots leg from across the room, watch him fall on his face, and then shatter his upper torso while he's flailing around.

I've probably got at least half of the game to go (just a guess) but it's been an absolute pleasure to play the entire time, and it's one of those special titles that I can't wait to get back to when I'm not sitting in front of the TV. I've heard some people say that it wears out its welcome a little bit at the end, but that definitely hasn't been a problem so far.

In "absurdly late to the party" news, I finally got an iPhone about two weeks ago, and I've been catching up on everything in the app store that I've been missing. I kept a little list of titles that I have heard people talking about, and friends over Twitter have been great with some awesome suggestions… I've got more than enough stuff to play with for the time being, and I'm considering doing a big iOS rundown in the near future. However, as I've been spending time with all of these neat games, it's been giving me some perspective that I've been missing in terms of the direction the industry will be going.

I think it's fair to say that I'm mostly a sitting-on-couch-controller-in-hand gamer, and that's really where I feel most comfortable and engaged. With all the changes in gaming lately, it's been a bit of a scary place for me (and those like me) who may not exactly be excited about abandoning a style of play that's served us well for so long. Besides a download-only future and the bogeyman of motion controls, all the chatter about apps being the future of gaming on handheld devices was something that was deeply concerning to me. However, instead of hiding under my blanket on a pile of cartridges and jewel cases, I decided to dive in and get to the bottom of this. 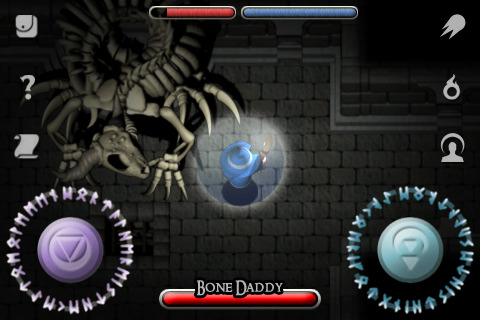 This will probably be totally obvious to those of you who took the plunge before I did, but you know what? There's no way apps or the iPhone will ever replace bigger games and console-style development. Don't get me wrong, I'm not slagging on the portables… I've had a great time with Solomon's Keep, Steambirds, Draw Something, Spider… Hell, I've even logged some time with Angry Birds and Tiny Tower, the latter of which isn't even really a game. These things are all great for five or ten minutes at a time, and using touch controls for projects like this is a great fit.

That said… this kind of gaming is a world apart from what I enjoy on the PS3 or 360, or even the Vita for that matter. There's just no comparison. They are different beasts, each fulfilling a different role, and now that I've got access to basically everything, it's easy for me to see that there is room at the table for everyone and the popularity of apps is certainly not a death knell for the kind of games that I enjoy the most.

It's pretty clear to see now that all those stories and all that media hype about iOS taking over everything were just a lot of hot air. My money? I'm betting on peaceful coexistence.

The fantastic folks over at Atlus have slashed the prices on their PSP titles and made them available on the Vita online store. This is a hell of a lot of top-notch gaming for pennies on the dollar. If you've got a Vita and it's gathering dust (like mine is) thanks to the giant post-launch dead zone, catch up on some of these gems.

(Also, the good people at Spikysnail games would really like you to watch this trailer for The Splatters. I've mentioned it before, and I'm looking forward to it finally hitting XBLA in April. Anyway, if you've got a moment, take a look… I'm pretty sure you haven't seen anything like it.)

The wife and I finally got caught up on The Walking Dead, season two last night. I had been holding off so that we could watch all the episodes in a row, but then one thing after another came up and you know how that goes. 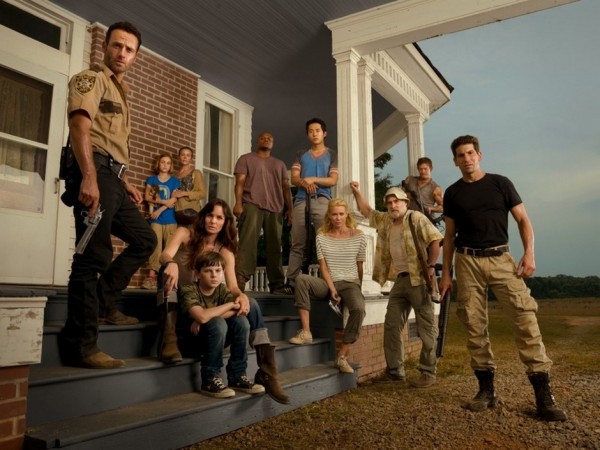 Anyway, when the show was airing, I remember many, many people complaining about the middle of this second season and how unhappy they were with it. I tried to avoid spoilers as much as possible so I don't remember the details of why people were upset, but after having watched it myself, I have to say that I'm a little confused… I thought the show was quite good overall, and I'm very much looking forward to the next season.

SPOILERS BELOW… YOU HAVE BEEN WARNED.

Of course, that's not to say that the show was perfect. I really enjoyed much of the character work that was done, but there were a few times when it seemed like the writers were making some pretty ridiculous choices for the sake of cheap "drama". For example, when Glenn was lowered into the well with the zombie at the bottom of it, that was completely stupid. There was no reason they couldn't have threaded a rope around the walker without sending someone down, and the entire thing seemed designed just to put Glenn in danger for an episode that would have otherwise been mostly talking.

The other completely stupid thing that didn't sit well with me was the way that Lori took off after Rick, Glenn and Hershel when they were at the bar in town. She's constantly talking about how someone needs to be there for their son Carl, yet she takes off instantly with no regard for him. Furthermore, she's never gone on runs or missions on her own in the history of the show (at least, as far as I remember) and I didn't see any real reason why she should be so concerned for Rick in the first place. He's proven time and time again that he's a hard-core survivor, and the town he was in was supposed to be relatively safe, not to mention that he went with backup and weapons. I didn't see any logic in Lori flipping out and taking the car. At came off like the writers needed a quick way to put her in danger, and this is all they could come up with. Bad bad bad.

There were a few other times during the season where I felt like certain dialogue was off, or certain things that happened didn't make perfect sense, but it's an incredibly enjoyable show overall and I think it's usually pretty excellent stuff.

…And that scene with Sophia coming out of the barn? God damn, what a moment.

While I'm talking about TWD, take a peek at this collection of memes over at io9. Pretty funny stuff, and I can honestly say that they aren't too far off the mark with any of them.

I too got an iPhone recently and would be very appreciative of any future iOS rundown. In the meantime, for all those spreadsheet gamers out there, I can recommend Out of the Park Baseball. Currently I’m struggling with the Padres; a small market means the owner will be happy with a .500 record this season but my chosen strategy of playing small ball with great pitching means I’m just under that (and a distant third in the division). It’s really good, and you can choose to call each game play by play or skip forward through them. I must go;… Read more »

[quote=Chris Johnson]for my money, Brad, the best games on ios by far are puzzle games (most are indies). Zen Bound, Superbrothers Sword & Sworcery, Osmos, Colorbind, Drop 7, Shibuya, … though some others are also quite good: Forget-me-not (a take on pacman), Dark Nebula 2, Samurai 2, 100 Rogues, and of course Game Dev Story and Infinity Blade.[/quote] The best version of Zen Pinball is on iPad. Too bad there’s only 6 tables. Otherwise, iPad/ios has been great for shumps like Air Attack HD and Shogun. I also finally found a decent mech defense game called Mach Defense (free ver… Read more »

for my money, Brad, the best games on ios by far are puzzle games (most are indies). Zen Bound, Superbrothers Sword & Sworcery, Osmos, Colorbind, Drop 7, Shibuya, … though some others are also quite good: Forget-me-not (a take on pacman), Dark Nebula 2, Samurai 2, 100 Rogues, and of course Game Dev Story and Infinity Blade.

Don’t write the ios off just yet. it is an excellent platform for these in particular, and in cases where the game also exists on other platforms, is the best port of it (Osmos as a good example).