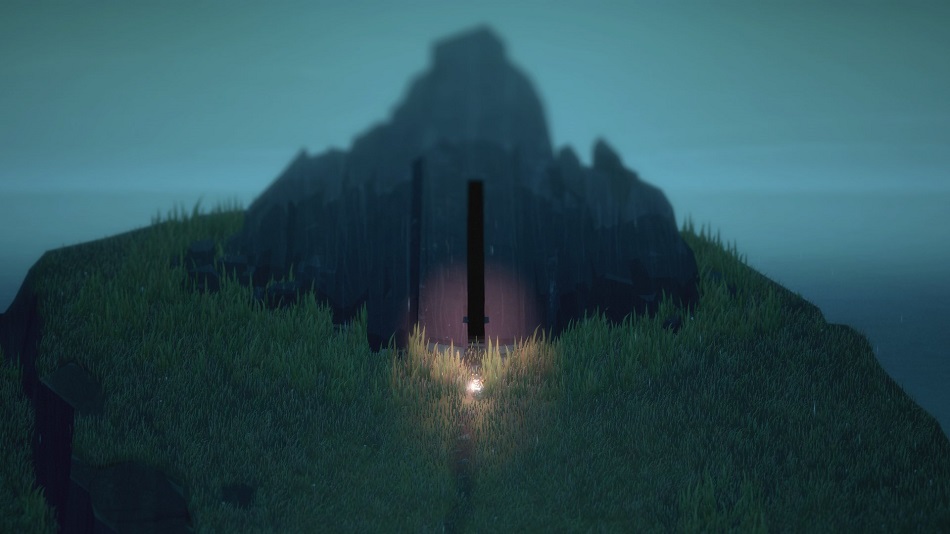 HIGH After all this time, it’s here!

LOW One-hit-kills from traps that are too tough to see.

WTF This feels more like an endurance test than a game.

I first saw Below in 2013, when it was on display at a games expo in Seattle. I was immediately intrigued by the visual style and the idea of a next-gen (at the time) roguelike dungeon crawler made by a studio whose work I was already a huge fan of. I was immediately sold. I bought an Xbox One soon afterwards, eagerly anticipating the adventure.

Five years later, Below has finally been released, I have it downloaded to the console I bought to play it, and after all this time I can say that the wait… wasn’t worth it.

Below is a real-time top-down roguelike which starts off mysteriously – an unnamed person travels across the sea to an unnamed island and then enters a dungeon carved out of rock that extends to unknown depths. There’s no explanation, premise or backstory given. There’s not even a tutorial to explain the mechanics. Things simply begin, and it’s up to the player to figure things out. 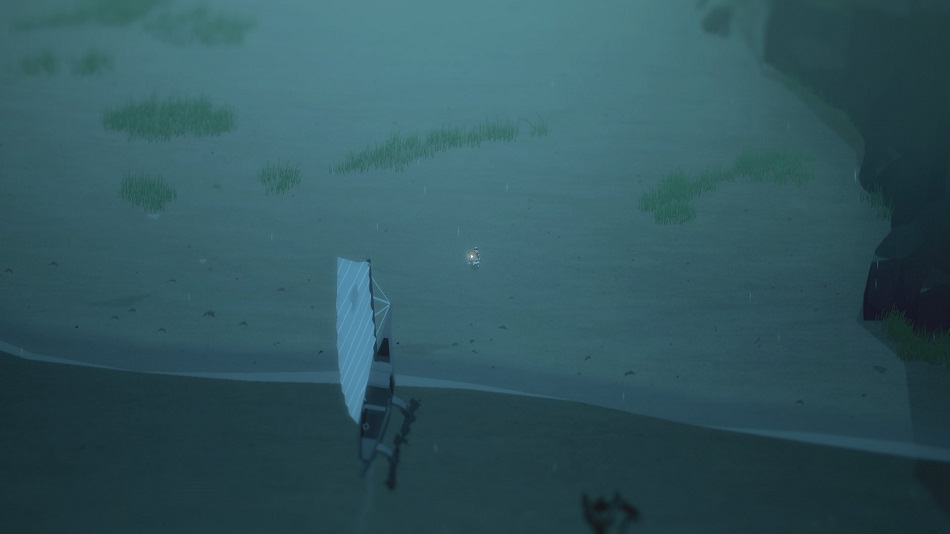 Initially, I was fine with this. It didn’t seem too complex at first – one button drew my sword and shield, another switched me to using a bow. Killing anything that moved and searching the environment awarded various items that can be crafted with simple recipes via an easy-to-understand menu. Within a few minutes I had a jug of life-restoring soup, a torch, and extra arrows.

Once inside the dungeon proper, each randomly-generated floor is choked with a thick fog that hides everything from sight until the player pushes through and clears it. A simple map showing where the player’s been is available with the push of a button. A key is hidden away somewhere on each floor, and once found, opens the stairs to the next section.

The point of Below is ostensibly to get to the bottom of the dungeon although that was never clearly stated, and I have no idea what’s down there. I don’t think I’ll ever find out, either… Frankly speaking, Below feels hostile, tedious, and like a chore to play. I’m definitely no stranger to roguelikes or dungeon crawlers, but this experience asks too much of the player without giving enough in return. 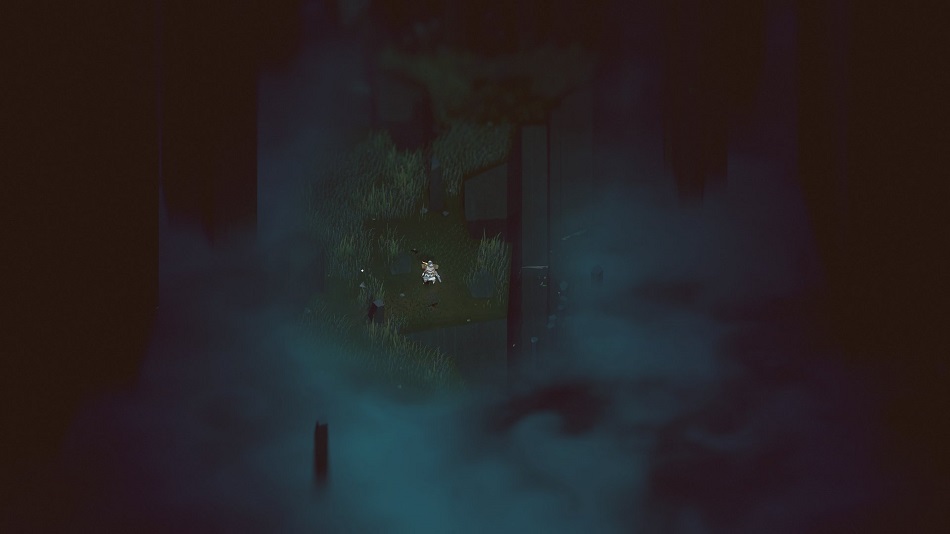 For example, the graphics are tiny. They do a fine job of expressing a sense of scale since the character is miniscule in comparison to the huge caverns and vast expanses of stone that make up the island, but the side effect is that it’s tough to see details and situational awareness is low. Complicating things is that the dungeons are dark. The player eventually finds a magical lantern and can use torches, but even with these sources of limited illumination, it’s challenging to make out details or to see much of anything — a problem since Below is absolutely filthy with instant-kill traps and monsters that can take the player’s life in a swipe or two.

While Below eventually unlocks a few shortcut options and a magical room where players can stash some goods, none of those things make up for the fact that getting killed in the blink of an eye by something that’s hard to see feels cheap and punishing. The player doesn’t always start absolutely from scratch depending on how their last run went, but they might as well be, and there’s not enough different on each attempt to make covering the same ground multiple times interesting or rewarding.

Being on constant guard from traps and monsters is exhausting, and requires more than the usual amount of patience and vigilance. It’s made worse by the fact that going slowly and cautiously isn’t always possible since the player must also contend with survival elements in addition to immediate physical dangers – constantly-dwindling meters for hunger, thirst, fuel for the torch and eventually warmth force them to constantly be on the hunt for more resources. Below won’t let players go slow and steady, and it’s also quick to spank those who rush ahead. 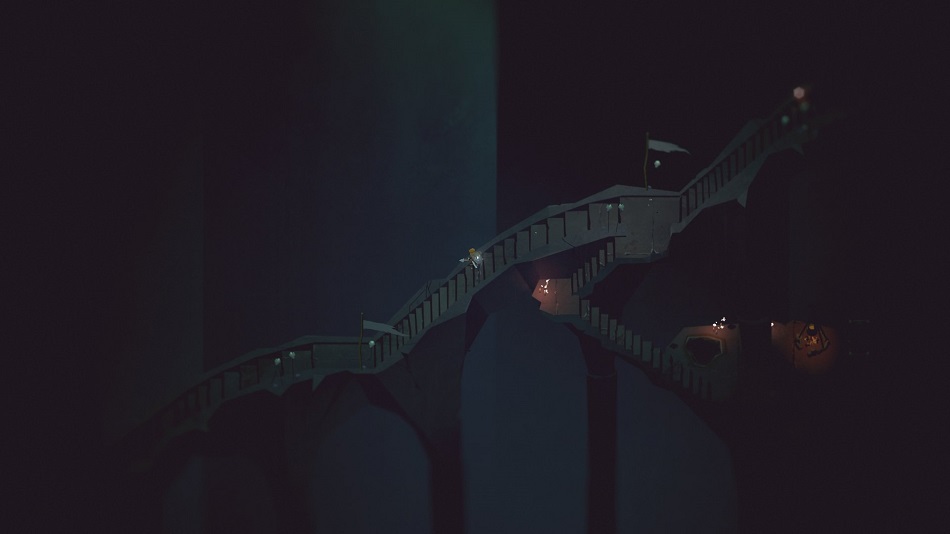 Playing Below feels like more like a cruel test of endurance than a well-balanced game. How much can a player take before they tap out? For me, it was just a few hours. I have no problem with challenge, but Below is draining to play and the idea of fighting tooth-and-nail for every inch of easily-lost progress isn’t a welcome prospect.

I’m genuinely sad that the little indie I found so enamoring many years ago turned out to be something that I can’t stand playing, but that’s the truth of it, and here we are. Masochists looking for something to test their mettle might think a trip Below worthwhile, but I suspect that most will find a harsh, unforgiving experience that’s outdone by other, less brutal titles. Rating: 4 out of 10

Disclosures: This game is developed and published by Capy Games. It is currently available on Xbox One and PC. This copy of the game was obtained via publisher and reviewed on the XBO. Approximately 8 hours of play were devoted to the single-player mode, and the game was not completed. There are no multiplayer modes.

Parents: According to the ESRB, this game is rated T and contains Violence and Blood. Besides the fact that this game will be miles too hard for most kids, there’s nothing to be alarmed with here. The graphics are miniscule and nothing is more graphic than the character getting stabbed and falling over. There’s no sexual content or salty language.

Deaf & Hard of Hearing Gamers: There is no dialogue in this game and the only text is found in menus. There are no audio cues necessary for successful play. This game is fully accessible. 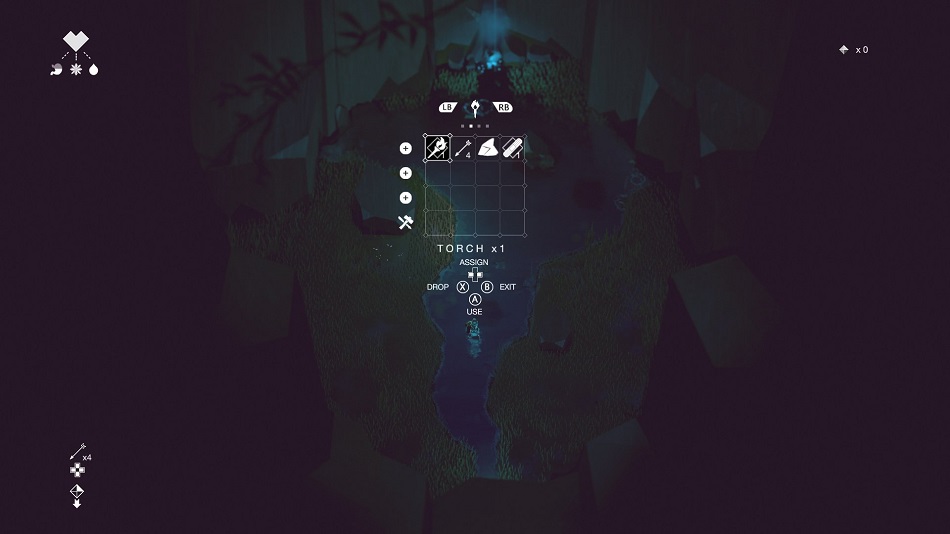 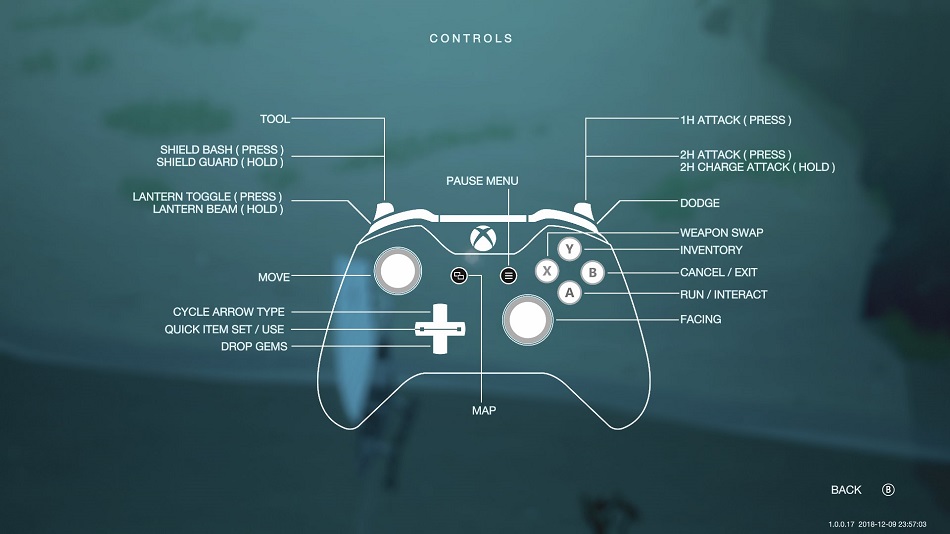 What a shame. I was really hyped for Below, but the randomly-generated dungeons and punishing difficulty make me less inclined to get a copy.