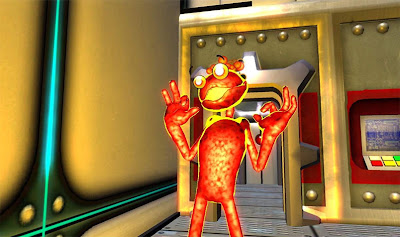 Just finished 'Splosion Man and I've got nothing but positive things to say about it. The review was submitted a few days ago so you should be able to read it soon, but it was just a fantastically polished title, and absolute fun from start to finish. (In between all of the incredibly frustrating parts, anyway…)

Totally loved it. One of the best things? The ending montage after the final boss was beaten is completely insane and awesome at the same time. I don't want to spoil it for anyone because it's a great reward, but I will say the words Live Action Footage.

I also had a chance to play the Batman: Arkham Asylum demo currently available for download. The title is obviously getting a lot of attention for a number of reasons, a primary one being that it looks like it's going to turn out pretty decently—an achievement considering that the majority (if not all) previous attempts to bring the Caped Crusader to consoles have been trash. 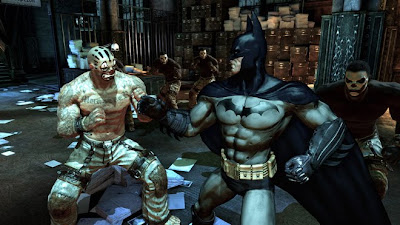 I was fairly stoked to give it a whirl, but I have to be honest and say that the demo left me wanting… I can't exactly put my finger on it, but it just felt off. Although the playable section is fairly brief, it seems as though there's potential to have the combat become repetitive. Besides that, lurking through ventilation shafts and grappling onto conveniently-located gargoyles to gain a height advantage felt a little disingenuous. And certainly not passing judgment on it and I really do hope that it ends up being as good as its PR machine wants me to believe, but after getting that short span of hands-on, I'm feeling a little cautious.