Apologies to all my readers.

I completely forgot to post a message here to let everyone know that I would be skipping updates for a few days due to my wife and I moving to a new place. My computer has been in a crate since I posted the last update about PAX Day Two, and with all of the hubbub and box-lifting, it didn't even occur to me that I had forgotten to say something until this afternoon. If you've been checking in and wondering WTF was going on, wonder no longer.

Anyway, although I haven't quite gotten my office space properly set up, the blogging will commence… Now!! 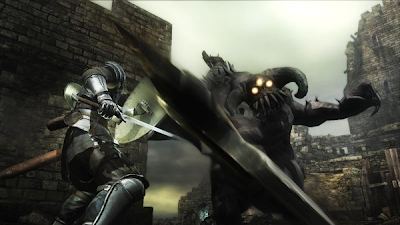 My Demon's Souls review is posted. It was a difficult review to write since I have so much respect for the game. I really struggled to capture what it was that I fell in love with, and I frequently felt that words were failing me. Still, I hope that the gist comes across in some rough way, and that the argument I present is convincing enough to get you to buy the game. With the release of Demon's Souls, I absolutely forgive FromSoft for the last few crappy Armored Core games… it really is that good. 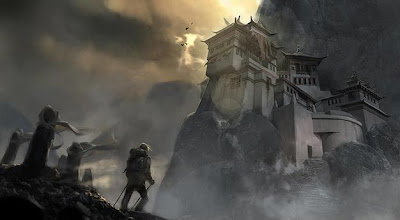 Although I'm not finished with it quite yet, my next review will be Cursed Mountain for the Wii. I don't want to say too much right now, but what I will say is that it's definitely one of the best games available for the system, and a fine return to form for the Horror genre… as much as I like my Action, I don't need it in every single Horror title, and this is something that Cursed Mountain certainly agrees with. Absolutely recommended for those who are open to their scares being a little more subdued and cerebral. Look for the full review soon.

My good friend Nathan Fouts over at Mommy's Best Games has put out a trailer for his upcoming game, Grapple Buggy, and it looks frickin' sweet. I've got nothing but good things to say about Nathan's last game, Weapon of Choice, and if Grapple Buggy is at least half as good as that one, then it's another must-download.

Another fine developer and man-about-town, Terry Cavanagh has posted a video about his upcoming game, VVVVVV. You may remember Terry from another of his fine works that I mentioned earlier, Don't Look Back. I loved that one, and this new one looks quite interesting, if not, perhaps, a bit evil. For those of you in the Portland, Oregon area, there's going to be a Retro Games Expo coming up soon on September 20th. I've never been to this particular gathering myself, but if anyone attends, please drop me a line and let me know how it was. Click here for more info.

I've got a lot more bits and bytes to share, but that's it for the moment… hopefully, I will get this off ice situation squared away and I'll be able to post on my regular schedule (every other day) starting this week, but if I disappear for a couple of days, you know where I'm at.

my issues with AC4 were that the controls still felt like they needed a lot of work, the interfaces were too busy and messy, and the missions were awful… i didn’t play it much since by that tme, i’d already finished just about every AC game to date and i was getting quite tired of the same issues being present. if you think AC4A is worth a look, i’ll rent it, tho.

I pre-ordered the collector’s version of Demon’s Souls today, trading in the “wonderful” Hannah Montana games that came with my PSP towards it.

The amount I owed after that credit was applied?

The guy at the register and I had a good chuckle at that.

Yeah, I’d say it’s probably worth checking out. It’s nearing the 20 dollar range these days, and it has some pretty sweet tunes.

I have heard complaints here and there that the problem with AC4 was it’s limited parts selection, and that AC:4A remedies this, but having not played AC4, I can’t confirm that.

What were your specific problems with the fourth game? I can probably tell you how similar 4A is based on that.

I used to LOVE AC, but it’s been going downhill for a while, as my reviews reflect. I played AC4 and hated it, and didn’t even bother with For Answer. You think it’s worth a look?

I know you’re a big AC fan Brad, but I see there’s no Armored Core 4 or 4 Answer review.

Did you play either of those? I was actually pretty taken with 4 Answer.