Ok, so if you read this blog even once in a while, it's pretty likely that you know I'm a pretty big Atlus fan. I'm not quite sure if I've crossed into full-blown Atlus whoredom, but I may be getting there. In any event, because they have a great upcoming lineup (and because I have no other blog topics this evening) here's a quick preview of four games coming down the pipe from the hardest-working developer in showbiz (PR material text in italics): 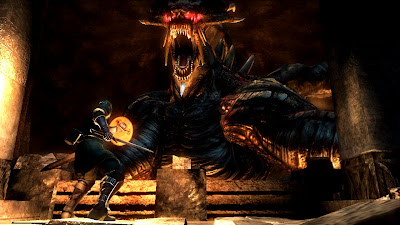 Ultimate hardcore RPG challenge—In this brutal land, death is inevitable, but not final. Combining the best features of an action game and RPG, you'll slice, smash, shoot, and cast magic against some of the most horrible, vicious enemies ever encountered. Are you strong enough to face up to the impossible and win?

Ground-breaking online capabilities—Network features go far beyond any previous RPG, allowing players to leave hints for each other, replay death scenes, cooperatively revive dead players, or invade and wreak havoc in another's game. Not merely an add-on feature, multiplayer options are vast, and uniquely focused on changing and intensifying the single player experience.

Freeform and flexible—The open-ended structure of the game means that there is no single path, but rather a wealth of options. Set your own pace and progress as you like. Build exactly the character you want by creating a detailed avatar, nurturing the right stats, and customizing your skills and equipment. 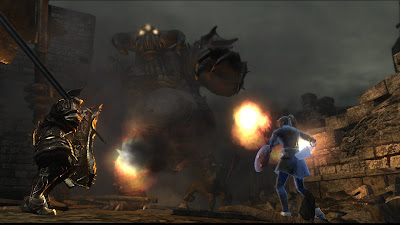 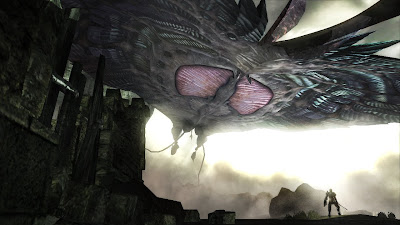 Out of everything they've announced so far, I think this one is the biggest question-mark. I see some really amazing potential here and I'm genuinely excited, but I think a lot of quality will be revealed in the details—first and foremost, how the online is implemented is of huge importance, especially how it relates to the single player experience overall. Another issue that stands out for me is the developer, Fromsoft. I was one of their biggest fans for a decade and I've played basically every game they've ever released in the states. I'm very familiar with their strengths and weaknesses as a studio, and this time around I'm really expecting them to up their game (so to speak.) If they manage to pull it off, this one could be an extreme sleeper hit. 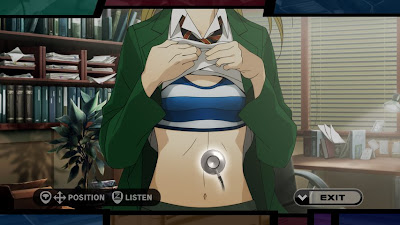 The makers of the acclaimed medical action series Trauma Center blow the genre wide open with Trauma Team for Wii™, bringing not one, but six exciting and creative gameplay modes! Play as a general surgeon, diagnostician, EMT, orthopedic surgeon, endoscope technician, or medical examiner. With improved game balance and a completely original approach to story cutscenes, Trauma Team delivers the thrills and drama of the best medical entertainment.

Six specialists, Six gameplay types—Try your hand at general diagnosis, where a keen, analytical mind comes in handy, or put yourself on the edge as a paramedic, where every ticking second could mean the difference between life and death! Tons of variety means everyone can find a specialty they like. 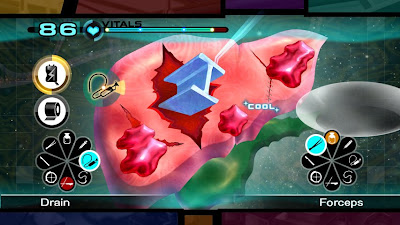 I love the Trauma series in a big way, and I'm pretty stoked for this title. Among other things, I still think that Atlus gave players the single best use of the Wiimote when they married it to this surgical simulator, and I'm extremely curious as to how the different medical specialties will play out—although they're all fantastic, the previous games had a little bit too much sci-fi influence. My impression is that the developers are getting a little more "real" this time, and that's a-ok with me since the gameplay is engaging enough without aggressive biological creatures ripping people up from inside. The thing I'm looking forward to the most: the devs' response to player feedback. If there has been any issue with these games as a whole, it's that the difficulty curves varied wildly from title to title. They seem to be getting a grip on it lately, though… I think this one is going to turn out all right. 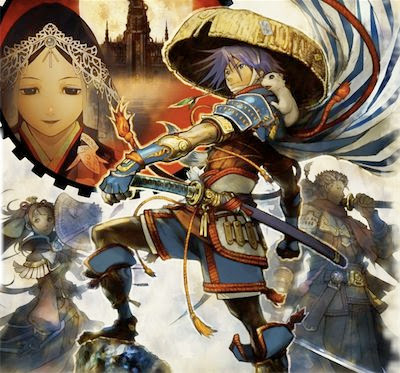 The grandfather of the rogue-like RPG, the legendary Shiren series (also known as Mystery Dungeon) is all about tough-as-nails battles, thrilling exploration, finding tons of items, growing in strength, and most important of all: staying alive!

Hardcore, complex, satisfying RPG gameplay—You'll have trouble putting the controller down; the temptation to clear just one more level of a dungeon can be overwhelming, thanks to the deep, rewarding RPG gameplay, character development, item acquisition, and boss fights!

True rogue-like challenge, accessible interface and controls—Polished, easy to pick-up-and-play, and in many ways as simple as it is complex, Shiren the Wanderer takes the classic rogue-like formula and offers it to gamers in an intuitive, enjoyable overall package! 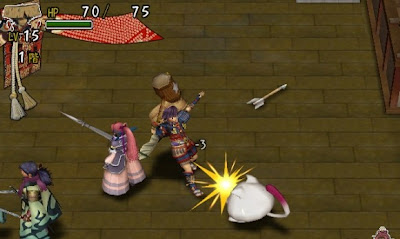 Ok, so roughly six people or so played Mystery Dungeon when it was released on the DS in '08, so that means all the rest of y'all missed out. It's a minor miracle, but I couldn't be more thrilled to see this series get another chance, this time on the Wii. I'm not going to lie—when I played the previous entry on DS, it was definitely hardcore and had more than its fair share of brutal moments. BUT, the reason I have such a great love of this series and such huge, huge respect for the developer (Chunsoft) is that they laid out the rules of the game very clearly, and they absolutely stuck to them from beginning to end. There were never any exceptions made for anything, so players who learn the system and manage their survival tactics will be immensely rewarded. One of my fondest memories was casting a game-winning low-level spell on the final boss and having it work exactly as it should. None of that bogus Final Fantasy "status effects don't affect bosses" bullshit here, and amen to that.

No fact sheet info on this one since I just posted the video walk-through a few days ago (click here if you missed it) and really, out of the four games I'm spotlighting here, this is one that needs no introduction. (So of course I'm going to introduce it…) 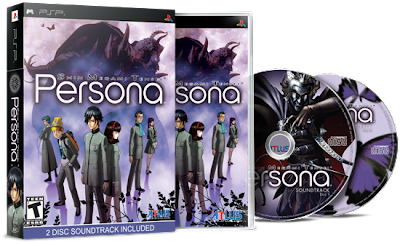 Anyone who is even remotely a fan of quality RPGs has heard of, if not played the Shin Megami Tensei games and this is a re-worked, re-polished iteration of the title that kicked off one of the best series ever created: Persona. 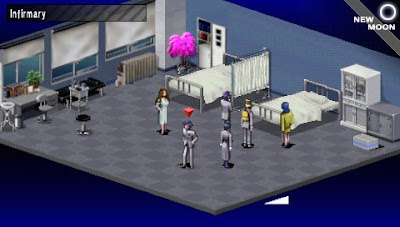 Since it was fairly unknown when it first launched stateside in '96, I wouldn't be at all surprised to hear that the overwhelming majority of players have never spent time with this title. So, here's your chance. The only other thing I'm going to say about it is that it's likely going to be the best RPG that the PSP will ever see, so pick up a copy and don't say I never did anything for you. (By the way, most people don't know this and it doesn't seem to be mentioned very often, but dungeon navigation takes place in first-person… don't flip out!)