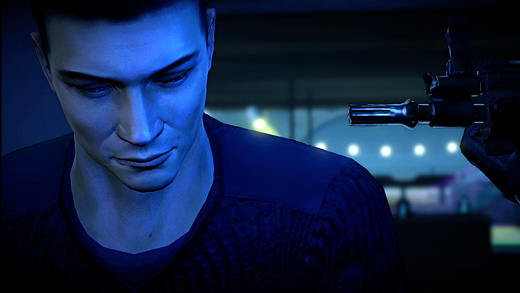 So my Alpha Protocol review is still stuck in limbo.

Despite liking some of the writing and peripheral elements like the e-mail and consequences of choice, the actual gameplay left me ice-cold. I felt absolutely no motivation whatsoever to continue after having reached the third location, and could see little reason to put up with the clumsy, archaic mess that was the "action".

I knew Alpha Protocol was going to be a rough play from the start, but I've championed plenty of oddballs and underdogs in the past and I thought perhaps that this little spy tale would be another one I could get behind. That didn't turn out to be the case. (Yet, anyway.)

I was seriously considering scrapping the review altogether and calling the whole thing done, but after hearing from several people on Twitter and receiving a very detailed explanation of the stealth playstyle from @DarthOdium, I decided to erase my character and start over from the beginning, this time focusing solely on being sneaky.

I began the second playthrough tonight. I haven't seen the benefits yet, but it's still early days.

It's pretty rare that I'll give any game a do-over, let alone one that performed so poorly the first time, so Alpha Protocol should count itself lucky that I feel some sort of strange compulsion to give it one more chance. My bar for the game isn't set very high, and I'm hoping it'll achieve minimum standard expectations… More to come.

In more "shut up about it already" news, I've been hearing lots of conflicting reports about Capcom bringing Monster Hunter Frontier to the Xbox 360. The title has been eagerly awaited by Monster Hunter fans for quite a while, and seems like it would be a perfect fit for the Live online service.

Curious as to whether or not there was any truth to the chatter, I contacted Capcom directly for the inside scoop and was told very clearly: Capcom has NO PLANS to bring Monster Hunter Frontier stateside at this time.

A shame, perhaps, but if Tri does well enough (and that's a fairly big if) there might be hope yet. 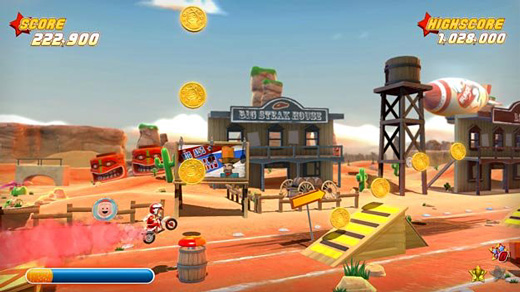 Although tons of people have been talking about it lately, I'd be willing to bet that Joe Danger
on PSN has gotten lost amid all the announcements and general chaos that come with every E3.

If you haven't heard about Joe, the easiest way to explain it is that the game is basically Trials HD with cartoony visuals and a difficulty curve that's not nearly as sadistic. The action takes place on a 2D plane with the player controlling a highly maneuverable stunt bike over jumps and through obstacles, and each level has its own set of special requirements. Things like "collect all-stars" or "achieve a 100% combo".

It may not sound like much from that description, but the game is concentrated fun thanks to extremely forgiving controls and a formula that's simple to grasp but not so simple to master. Anyone can blow through levels with a minimum of effort, but completing all of the tasks and going for high scores will definitely take some practice.

My son and I have been playing through the title together, and today was the first time that we hit a Trials-like level of OMFGTHISISSOIRRITATING. To be fair to the game, we were both pulling our hair out over something that was totally not required to progress, we just really wanted to say that we did it. We eventually met the goal, and the feeling of satisfaction for getting that hard-earned gold star was a good one.

We're not done with the game yet, but based on what I've seen so far, I would totally recommend it for anyone, but especially for kids or parent/child playtime. Like I said, it's very easy to blow through the levels so younger ones won't experience too much difficulty, but there's definitely enough meat on Joe Danger's bones to keep older players' interest.

Even though I love Alpha Protocol, I completely agree with your opinion 100%. The combat often feels unpolished and sloppy, there are graphical issues and the skills are as well balanced as an elephant on a unicycle. I just loved the story and ‘stance’ system enough to overlook these flaws and the stealth aspect of the game was pretty fun. It’s definitely not for everyone though and few will be able to overlook it’s heavy flaws. I just appreciate a game that actual changes based around my decisions instead of one that claims to and just changes one line of… Read more »