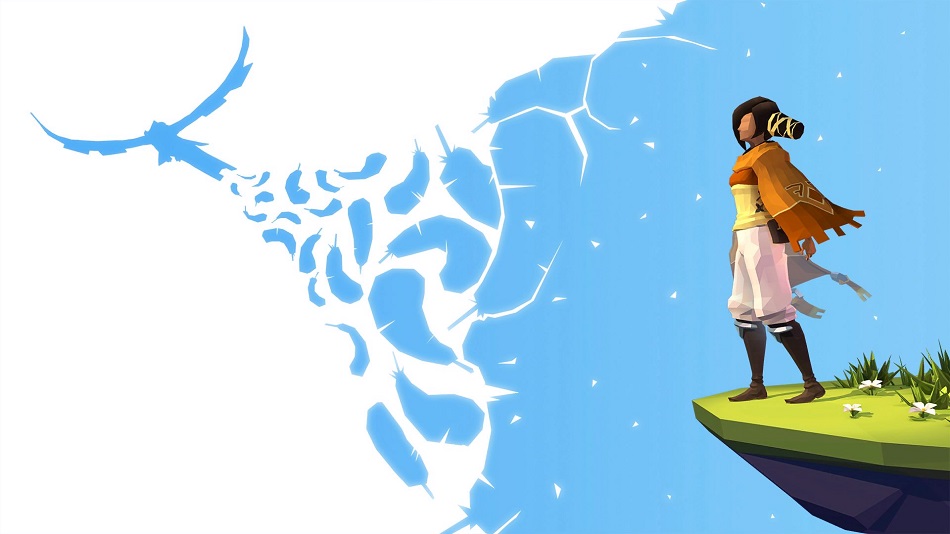 HIGH Flying is fantastic. The first meeting in a temple.

WTF What’s up with all these random bird feeder statue thingies?

I love it when I get a glimpse of a game early in development, I see something worth keeping an eye on, and then when the project is finally released, the result delivers on the promise. It’s pretty rare for all of the pieces that could go wrong to fall into place, so it stands out in my memory when they do.

I first saw Aer: Memories of Old a couple of years ago, and there wasn’t much more to it than some striking art and a cool concept. It really stuck with me though, and now after playing the final I’m quite happy to say that Forgotten Key has pulled it off with aplomb.

Aer: Memories of Old puts players in the shoes of Auk, a girl who’s on a pilgrimage in a low-polygon, highly stylized world. A catastrophe struck long ago, destroying the land and breaking it up into small islands floating in the sky. This might be a problem for a normal person, but Auk is free to roam the entire world because she can transform herself into a large bird with a double tap of the jump button. 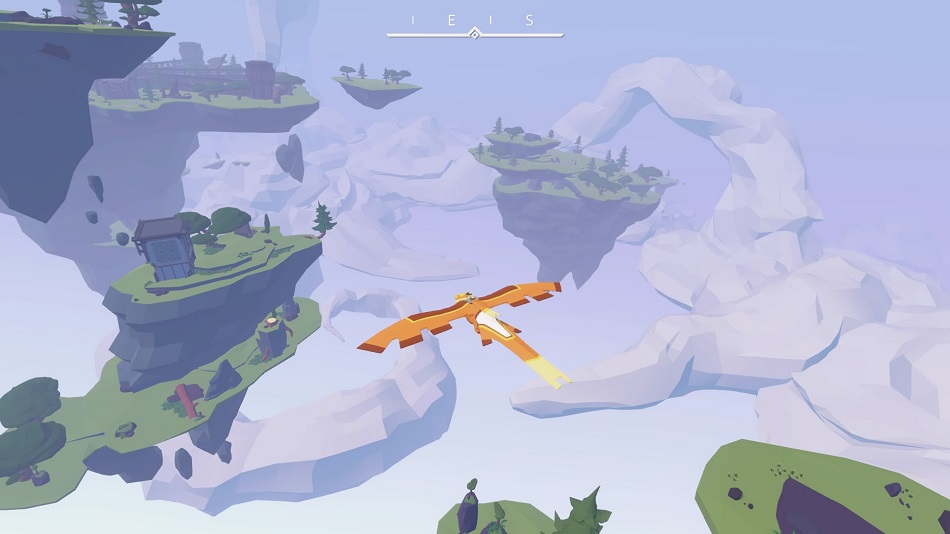 I spoke with members of the team and they wanted a strong focus of Aer to be on the simple enjoyment of flying freely. In this respect, they’ve succeeded wildly — there are no limits on how many times Auk can transform into a bird, no limit to how long she can stay aloft, and no limits of any kind, really… From the beginning, she can fly to the furthest area and back or anywhere else she pleases, and it’s incredibly relaxing to be freed from the usual gamey trappings of stamina meters, golden feathers, or other nonsense that tends to curtail mechanics as ideal as this.

While the game is virtually stress-free, Auk does have tasks ahead of her. After speaking to the tiny group of villagers that are in world’s only town, it becomes clear that she must visit three shrines and speak to their gods to help restore balance to the world.

Most of these places are easily located — the villagers give general hints, and places of interest are usually marked with a slight glow making them stand out from the random scatterings of islands in the sky. Each of these areas is a puzzle of one sort or another, and I found most of them to be quite good in the sense that they’re an appropriate match for the rest of the game.

Thankfully, none are brainbusters, but they do require a bit of thinking. However, never so much that anyone should get stuck long enough to become aggravated and erase the good vibes built up by flying among the clouds. Performing these tasks also conveys a meditative, solitary feeling. All of the elements required to advance feel in tune with the world, indicating smart, measured choices which contribute to Aer’s identity. 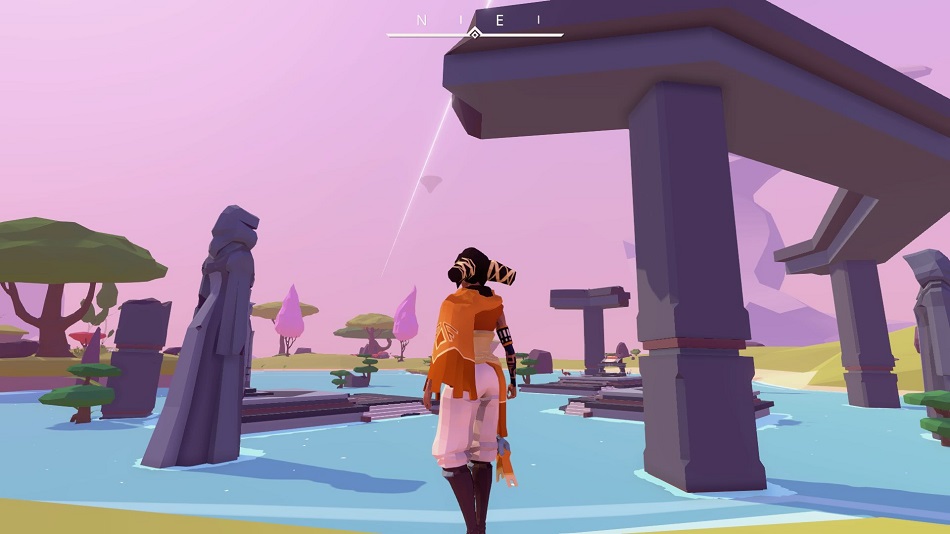 Aer’s adventure is on the short side, but it’s absolutely appropriate. I felt that it ended when it needed to, and although I would’ve perhaps liked a bit more at the conclusion, I was satisfied. In fact, the only area where I feel Aer could improve is in the details.

When flying around, Auk is able to land anywhere and explore. There are a few interesting things to find here and there, but there are too many islands with nothing of note on them. Also, she’s able to see ‘ghosts’ of people who tell fragments of their stories, but few relayed anything significant. With just a little work, both of these elements could’ve added a great deal more richness to the world.

Similarly, while the overall quest and story were good, it had the opposite problem of the world – it was a bit too talky. Even though the script isn’t long, some of it felt like needless lore that only muddied the key concepts. This was compounded by the fact that the player can visit any location in any order, meaning that these story bits have no set sequence. More environmental storytelling and fewer ‘historical scrolls’ to read would only play to its strengths.

After circling the world’s skies and visiting the final shrine, I had a wonderful time with Aer: Memories of Old. The visuals are perfect, it’s deliciously compact, and there really is something quite wonderful about being able to take to the skies and fly without a care. After seeing it so long ago and holding onto hope that Forgotten Key would deliver, I can honestly say that it was worth the wait. Rating: 8 out of 10

Disclosures: This game is developed by Forgotten Key and published by Daedalic Entertainment. It is currently available on PS4, XBO and PC. This copy of the game was obtained via publisher and reviewed on the PS4. Approximately Four hours of play were devoted to the single-player mode, and the game was completed. There are no multiplayer modes.

Parents: According to the ESRB, this game is rated E and contains Mild Language. Not sure where the warning comes from, there’s barely any dialogue in the game and in general, this project is all about being mellow and peaceful. I’d say it’s 100% fine for anyone of any age.

Deaf & Hard of Hearing Gamers: All dialogue comes via text. Heads up, there is one puzzle in the final third that uses an audio cue. It also has a visual cue, but it could possibly be missed depending on the camera angle. Overall, I would say the game is fully accessible.

Remappable Controls: No, this game’s controls are not remappable, but certain axes can be reversed and sensitivities can be adjusted.