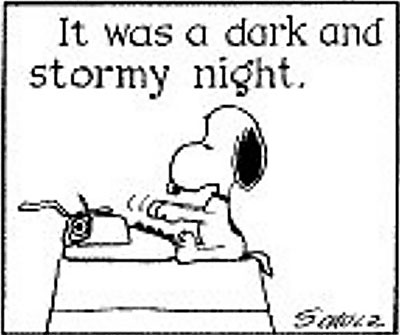 No, you're not at the wrong blog. Although I generally write about games for the vast majority of the time, my original intention for this space was that it would be more of a split between writing and video games.

Soon after starting, I decided to scale back on the writer talk for a few reasons.

The primary reason was that I had a ton of people start following me on Twitter who are (or who want to be) writers. Nothing wrong with that at all, but I quickly noticed that following most of them was incredibly boring.

Of course, there are the exceptions like @MsAnnAguirre, @Staciakane, @AntonStrout, @BettyViolaBlue, and THE KING of fun tweeters, @BrianKeene, but for every one of these interesting people who also write books, there were at least a dozen who tweeted incessantly about their problems with agents (or lack thereof), their problems with picking the right genre, and about a hundred thousand other problems that "prevented them" from actually writing.

I unfollowed most of these people, and I decided that I did not want to be one.

The other reason that I decided not to talk about writing much is that I find it to be a very personal, very internal thing. Well, it is for me, at least.

I didn't see much value in talking about the difficulties of constructing good characters, or how incredibly problematic it is to try and write a time travel story without hitting plot-killing paradoxes at least once a chapter. It wouldn't mean much to the average reader, and talking about it would just take away from the time I should be spending doing it. Basically, I didn't want to come off like someone who didn't have anything to say if it wasn't complaining about some part of the writing process, and I didn't see much point in jotting down something like "Woo, got another chapter in the can today."

(I think another, smaller part of omitting writing might have been that I didn't want people to be keeping tabs on how slow I was working, either…)

Now that the new year has begun, I've decided to break my self-imposed silence and talk a bit about my upcoming project for the purposes of drumming up awareness. I won't be talking about it a ton until it's ready to be purchased, but the PR wheels need to start turning sometime, and now is as good a time as any.

Titled Speaking in Forked Tongues, my book is a full-length Urban Fantasy novel about a man named Bren Barran who summons demons for a living. His primary purpose in life is to earn a decent wage and find someone to love, but along the way he becomes entangled in a string of events that have proved fatal to many. Hoping to avoid the same fate, he needs the help of his friends (both Earthly and otherwordly) and a whole lot of luck…

I'll have more specifics later, but right now I feel comfortable announcing that it's essentially completed, and only in need of some final edits before submission. I have a publisher locked in place, and the goal is to make the book available later this year. My hope is that it will be of interest to people who are fans of fantasy, horror, demons, unsatisfying jobs, transsexuals, teriyaki, plus-sized women and pan-dimensional murder plots. Also, videogames. More on this to come. 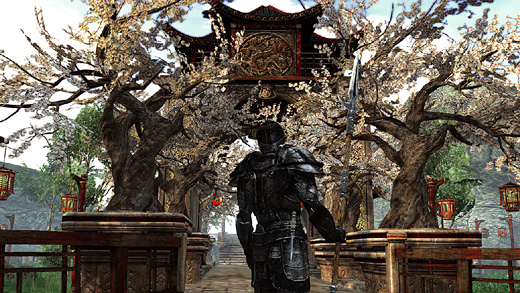 Not much to report here. With my little boy being under the weather (nothing serious, just a really fierce cold) it's been a bit of a struggle to find time to play lately. When I DO play, I've continued to put more time into Two Worlds II.

I was really hoping to finish the game and get my review up as close to the launch window as possible, but it's a pretty sizable title any way you slice it, and pursuing even a small number of the sidequests makes it even longer. Don't get me wrong, I'm certainly not complaining—I've definitely enjoyed all the time spent with it so far, it's just tough to balance playing quickly and playing thoroughly.

Although my final write-up isn't complete, there is no doubt it's going to be very positive. If you're on the fence about picking it up, I'd say it's a no-brainer.

The BBC continues to dominate at our house lately. We're still awaiting new installments of Doctor Who and Torchwood (by the way, follow @Torchwood4Fans for constant updates on season four being filmed as we speak) but in the meantime, I've collected a list of programs to check out thanks to all the wonderful people on Twitter who've clued me in. The first we're starting is Jekyll, starring James Nesbitt.

We've only just seen the first episode, but it's gotten off to a cracking start, and so far Nesbitt has been giving a great performance as the suffering Doctor and his nefarious alter-ego. There have been quite a few tense moments, the tone is right, and the plot seems to be more than just a basic reboot thanks to its modern elements and hints of a possible sci-fi slant.

If the rest of the BBC shows suggested to us have been as good as this one seems to be, we won't need to worry about what to watch for quite some time…

[quote=Brad Gallaway]Zippy> Good luck with your project! Thanks for sharing! Rusty> Thanks for the vote of confidence. Much appreciated. = )[/quote] Thanks, I’ll need it! Right now I am just taking random notes having random commissions made, takeing another lok at my sloppy plot points. Whats really knocked me off course besides my genreal bad moods and lack of skill is I know more about my charatcer from the middle bits of the story, starting from the start was a bit over whelming but there again I banged a chapter out made 3 or 4 new characters over the course… Read more »

Zippy> Good luck with your project! Thanks for sharing!

Rusty> Thanks for the vote of confidence. Much appreciated. = )

Hey Gonzalo. Thanks for writing in! >>what i wanted to say is that i was looking for a new rpg to play on my ps3, i haven’t decided yet between nier and two worlds II, what would you do? If I had to choose between the two games and I could only afford one, I would choose Two Worlds II because it’s much larger and has many more things to see and do. Now, both TW2 and Nier are excellent to be sure, but Nier is more of a “concept” game and won’t provide as many hours of pure gameplay… Read more »

Good Luck with your book, Brad. I do hope your urban setting involves some sort of post-apocalyptic, vampire or zombie infested landscape, otherwise it might not find an audience. I do think you are a creditable writer, though, so however it the story unfolds, I know it will be well written.

[quote=ZippyDSMlee]Sounds like TW2 is half right, I might get around to it in time. Love Doctor Who but not seen the lastest after Tenet, TourchWood I need to get season 3+, good stuff!! Gaaa writing for me is a pleasure and a cruse, this is the 2X something year on my main writing project. I really need to get my ass in school or courses and try and take napalm and nukes to my grammar skillzs. http://zippydsm.deviantart.com/gallery/#/d1aflc3 Planing 200ish page light novels I got 3-6 books worth of plot points but my skill and what not its a small planetoidy… Read more »

hi brad, i like reading your articles here, because of your reviews and some other’s gamecritrics has become one of my favorite videogames sites. i live in Peru, where our currency is worth a little more than 1/3 of a dollar, so we percieve games almost 3 times as expensive as you would. this make us think more about which game to buy. of course, there are other alternatives to this, like pirated games (available now for xbox and wii), but i prefer the ps3 and ive learned to enjoy online multiplayer games with my friends so i would stick… Read more »

Sounds like TW2 is half right, I might get around to it in time. Love Doctor Who but not seen the lastest after Tenet, TourchWood I need to get season 3+, good stuff!! Gaaa writing for me is a pleasure and a cruse, this is the 2X something year on my main writing project. I really need to get my ass in school or courses and try and take napalm and nukes to my grammar skillzs. http://zippydsm.deviantart.com/gallery/#/d1aflc3 Planing 200ish page light novels I got 3-6 books worth of plot points but my skill and what not its a small planetoidy… Read more »